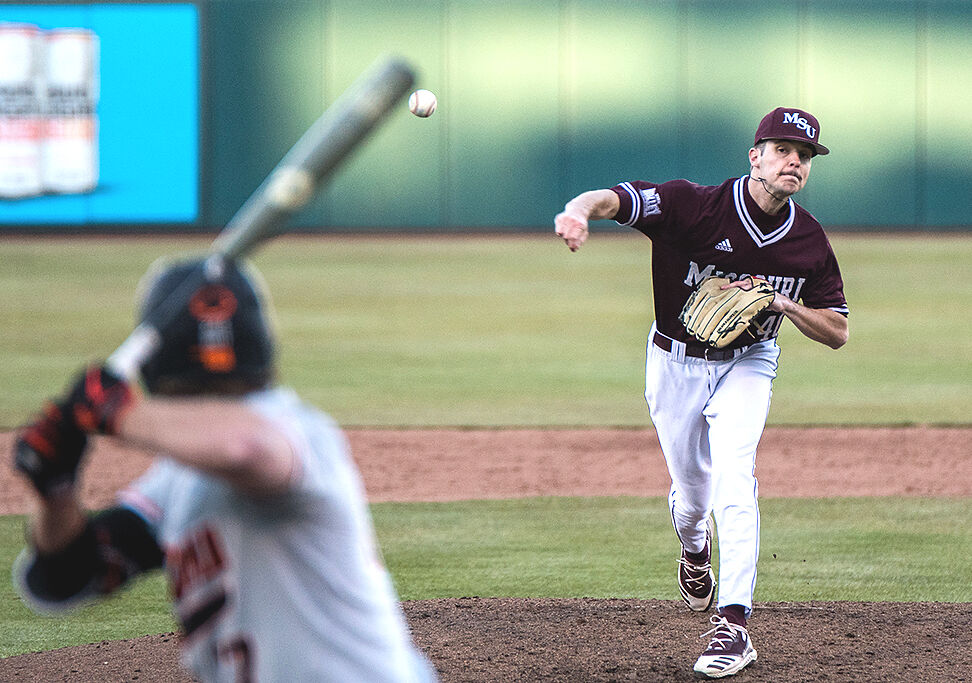 Senior pitcher Trey Ziegenbein throws a pitch in a spring 2021 game against Oklahoma State. Ziegenbein is expected to return for the Bears. 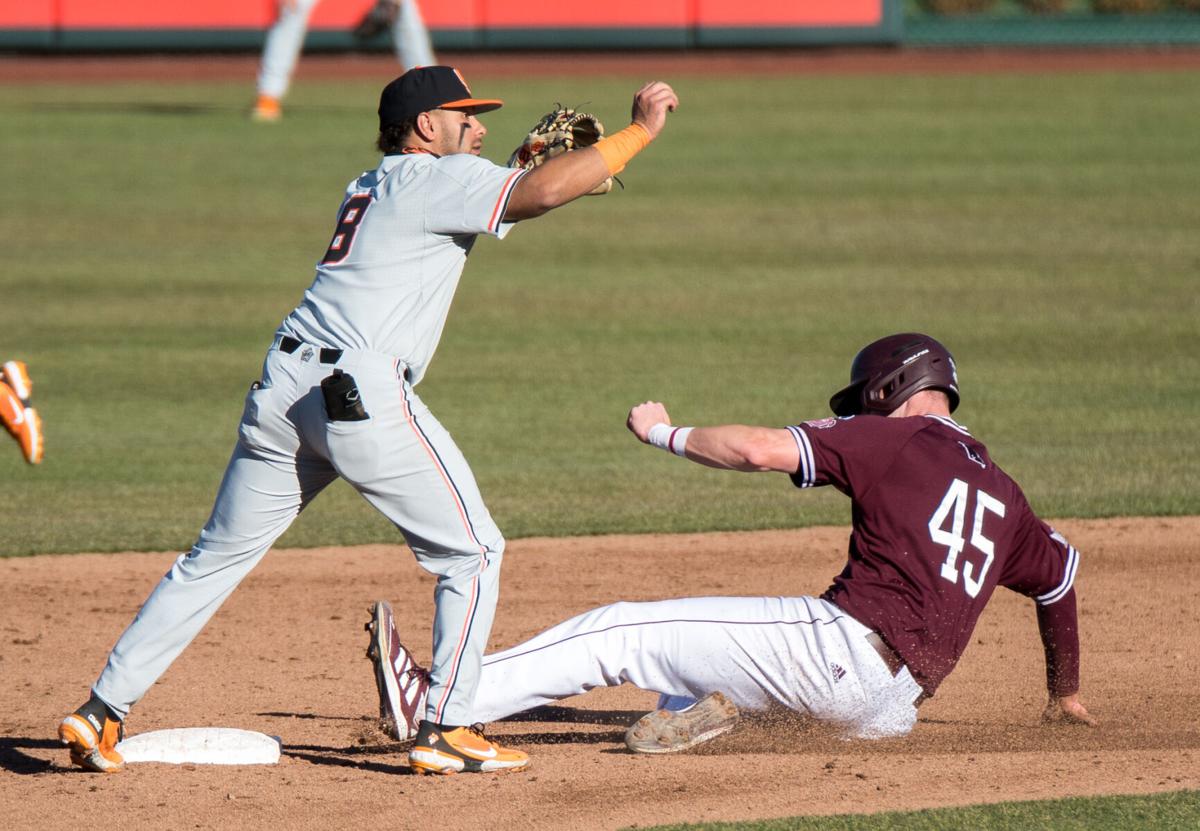 Former senior Ben Whetstone slides into second base in a spring 2021 game against Oklahoma State. Whetstone is among players MSU lost to graduation, which when combined with transfers, gives the Bears more than 10 players leaving.

Senior pitcher Trey Ziegenbein throws a pitch in a spring 2021 game against Oklahoma State. Ziegenbein is expected to return for the Bears.

Former senior Ben Whetstone slides into second base in a spring 2021 game against Oklahoma State. Whetstone is among players MSU lost to graduation, which when combined with transfers, gives the Bears more than 10 players leaving.

Missouri State finished 2021 with a loss to Valparaiso in the first round of the Missouri Valley Conference tournament.

The loss was the first time MSU has not picked up a win in the MVC tournament since 1994.

“It was a hard season, and we did not perform like we had hoped,” head coach Keith Guttin said. “Dealing with COVID, and unfortunately we had to take a pause. I am not blaming our performance on that kind of stuff, but it frustrates you.”

The program has parted ways with hitting coach Matt Lawson after four seasons. The MSU offense has taken a steady decline since his arrival prior to the 2018 season.

The Bears scored 5.0 runs per game under Lawson compared to the 6.3 runs per game they scored in the four years before his tenure.

“It was a decision I made after careful consideration and thought,” Guttin said. “I just thought it was in the best interest of the program to make a change.”

Lawson is being replaced by another former MSU player, Joey Hawkins. Hawkins played for the Bears from 2011-15 and was the captain of the Super Regional team in 2015.

Hawkins made the decision to leave his job as the High-A hitting coach for the Peoria Chiefs in the St. Louis Cardinals organization and become the hitting coach and recruiting coordinator for his alma mater.

Hawkins has already coached at the college level at Saint Louis University as an assistant in 2018. He signed as the hitting coach for the Gulf Coast Cardinals 2019 and has spent time as both a hitting coach and manager in the organization during his time.

MSU has already put together a recruiting class to help fill the vacancies of players leaving the program, but the work is not done.

“We have got both high school and junior college guys coming in,” Guttin said. “There may even be a four-year transfer before it’s said and done.”

With Hawkins now overseeing recruiting, the recruiting class may look a lot different by spring 2022. Commitments to the program may change and new names will appear on the list.

Guttin said the turnover should be regarded as a good thing as the program needed change. MSU baseball has been built on postseason success and the team is looking to get to the standard.

The Bears will likely take the field at the end of February 2022.