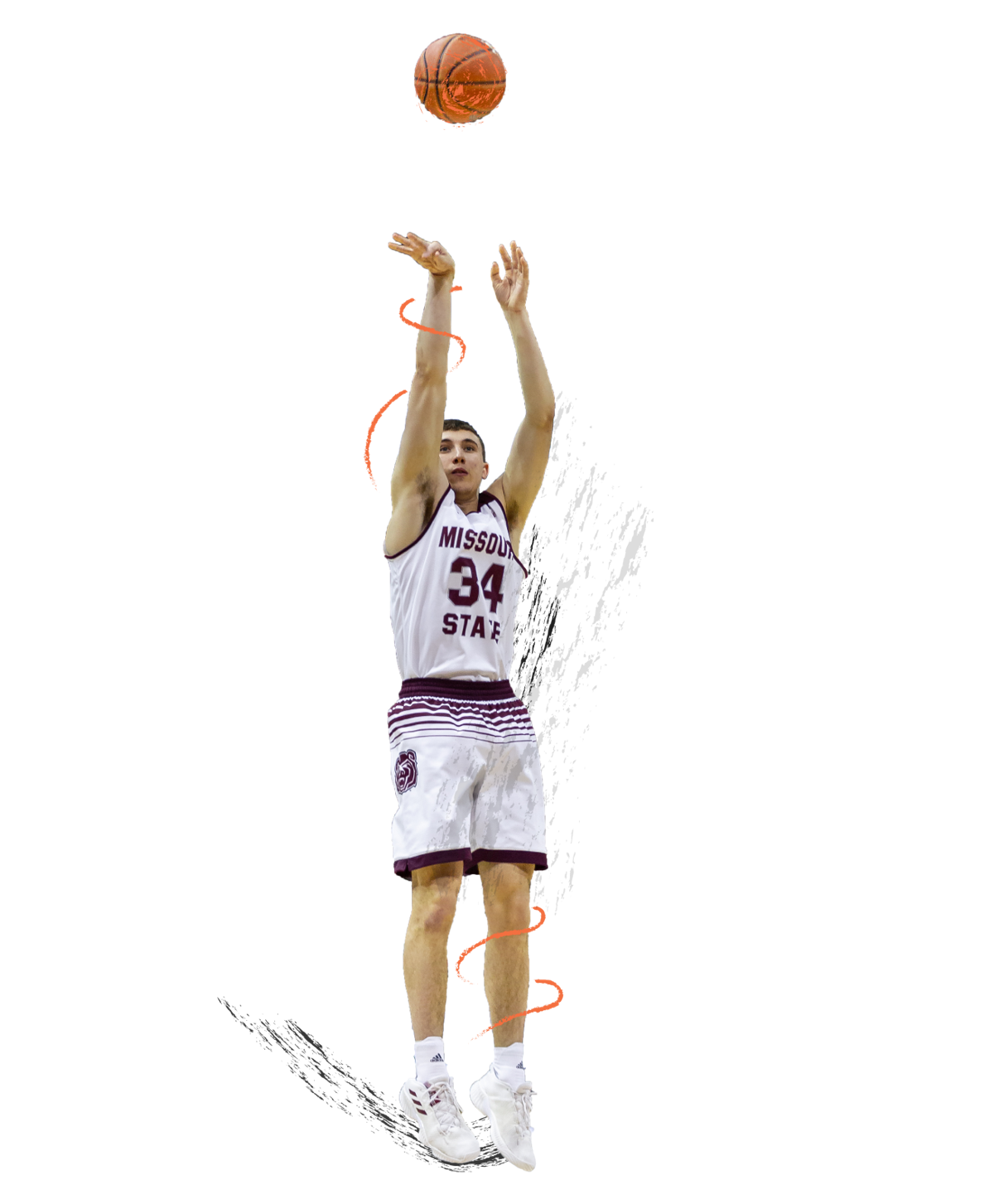 Sophomore Jared Ridder shoots a 3-pointer. Ridder sat out of his first season at MSU and the first semester of his second year due to NCAA transfer rules. 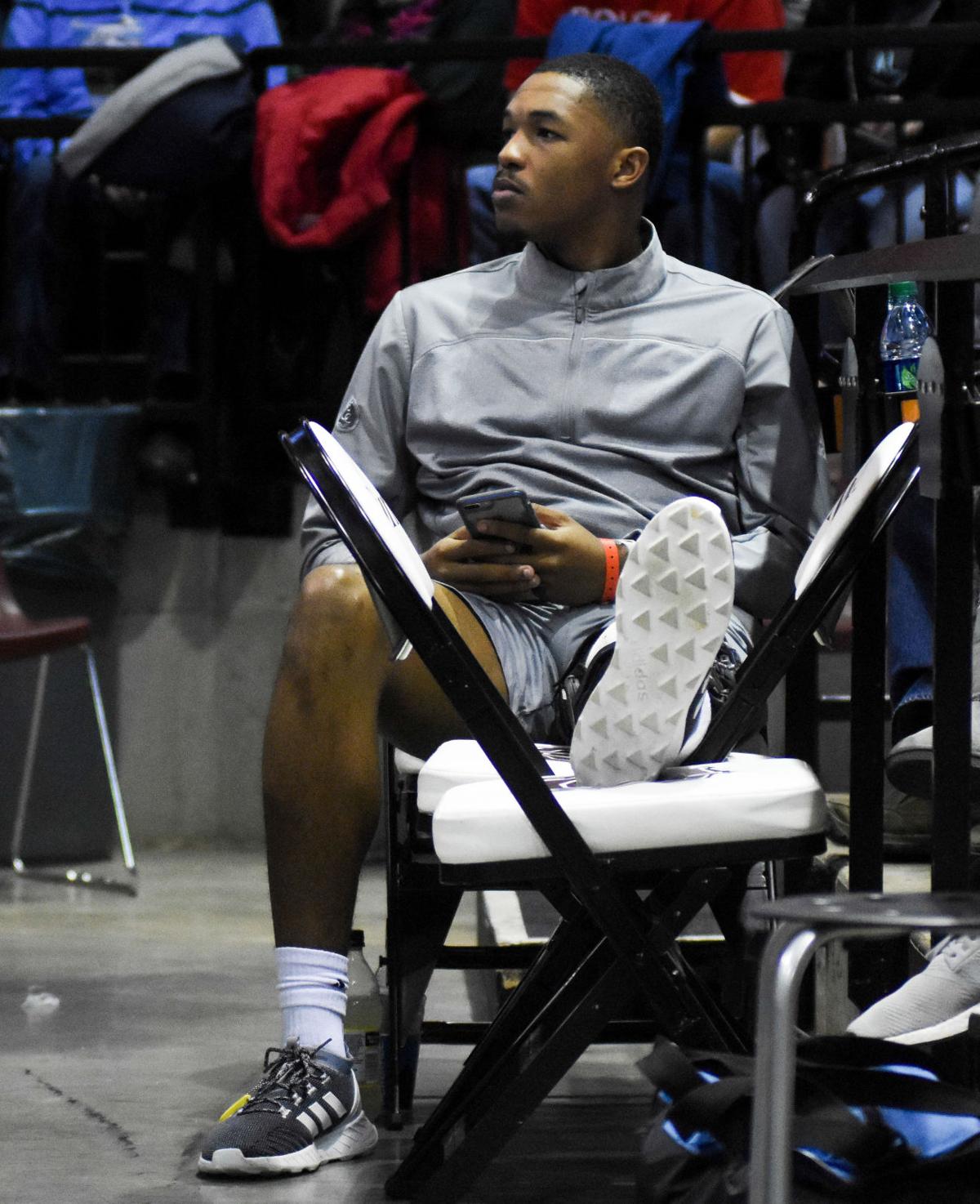 Tyem Freeman sat out of the Bass Pro Shops Tournament of Champions this past January. Freeman played at Parkview High School in Springfield but tore his ACL during his senior year and will redshirt at MSU.

Sophomore Jared Ridder shoots a 3-pointer. Ridder sat out of his first season at MSU and the first semester of his second year due to NCAA transfer rules.

Tyem Freeman sat out of the Bass Pro Shops Tournament of Champions this past January. Freeman played at Parkview High School in Springfield but tore his ACL during his senior year and will redshirt at MSU.

The Missouri State men’s basketball roster includes two local kids who created big names for themselves in high school — something they look to continue on in college.

Freshman forward Tyem Freeman played at Hillcrest High School during his freshman and sophomore seasons before transferring to Parkview High School for his final two seasons of high school ball.

As a junior, Freeman averaged 23.4 points, 6.8 rebounds, 2.7 assists and 2.2 steals per game. He helped lead the Vikings to an 18-11 season and their first district championship in 28 years during his first season under head coach Landon Cornish.

Cornish said he’s excited to see Freeman play at the collegiate level, especially since he’ll be right down the street.

“I love to be able to go over to practice and see him whenever I get the chance,” Cornish said. “We just went to church and had lunch (the other day). We are lucky to have that opportunity. I have other guys in college right now that we don’t get to see.”

The true freshman was ranked as the No. 4 recruit in Missouri and labeled a three-star prospect for the Class of 2019 by 247sports.com. Freeman averaged 28.2 points and 9.4 rebounds in just six games to start his senior year before suffering a season-ending injury in December 2018.

Although Freeman has decided to redshirt this year, Cornish said he shouldn’t be overlooked.

“You don’t want to get up and leave while he’s playing because you might miss something special,” Cornish said.

Freeman isn’t the only forward from Springfield the Bears have at their disposal. Sophomore Jared Ridder graduated from Kickapoo High School where ESPN named him the No. 1 recruit in Missouri for the Class of 2017.

During Ridder’s senior campaign, he averaged 24.2 points, 6.8 rebounds and 1.8 assists while shooting 57.7% from the field. The 6-foot-7 standout helped lead the Chiefs to a 26-5 season and a third-place finish in the Missouri Class 5 state tournament under head coach Dick Rippee.

Rippee said Ridder not only brought great athleticism to the court but was also a calming influence and leader for his teammates.

“Jared Ridder is one of the very best high school basketball players to ever play in Springfield,” Rippee said. “He is a special talent.”

The sophomore also broke two Kickapoo records for career (1,628) and single-season (745) scoring. In his final two high school seasons, he collected a 55-8 record supported by 72 3-point baskets as a junior.

Ridder committed to Xavier University during the 2016 early signing period but left the program in September 2017 to return to Springfield. Former Missouri State head coach Paul Lusk recruited Ridder, where he redshirted his freshman year under NCAA transfer rules.

After sitting out the first half of the season due to the transfer, the forward made 23 appearances in the 2018-2019 campaign, accompanied by a pair of starts, while ranking fourth on the team with 26 3s under current head coach Dana Ford.

Rippee and Cornish each said they’re excited to see what their former players can do for the Bears and are hopeful for what it means for Springfield athletes.

“I’m thrilled for Jared that his family gets to see him compete,” Rippee said. “Hopefully, it will show the importance of family to young people who have the chance to play in college.”

“We are fortunate to have high-quality basketball in Springfield,” Cornish said. “I think it’s very motivating for young kids growing up right now, watching a guy who played at Jarrett Middle School play DI.”