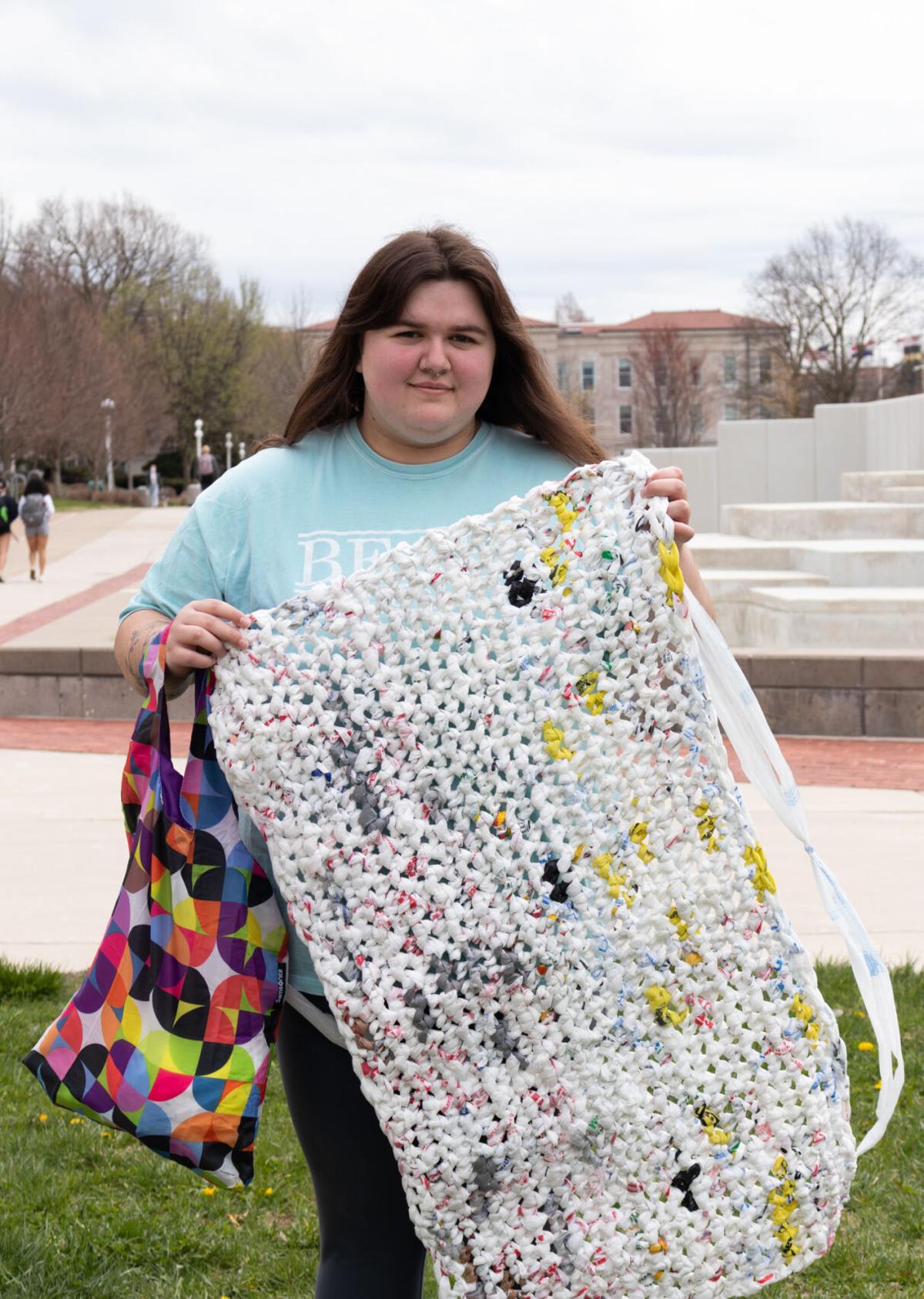 Madisyn Jones holds up her first crotched sleeping mat, which is made of repurposed plastic grocery bags. Jones is currently taking donations of plastic bags so she can create more mats. 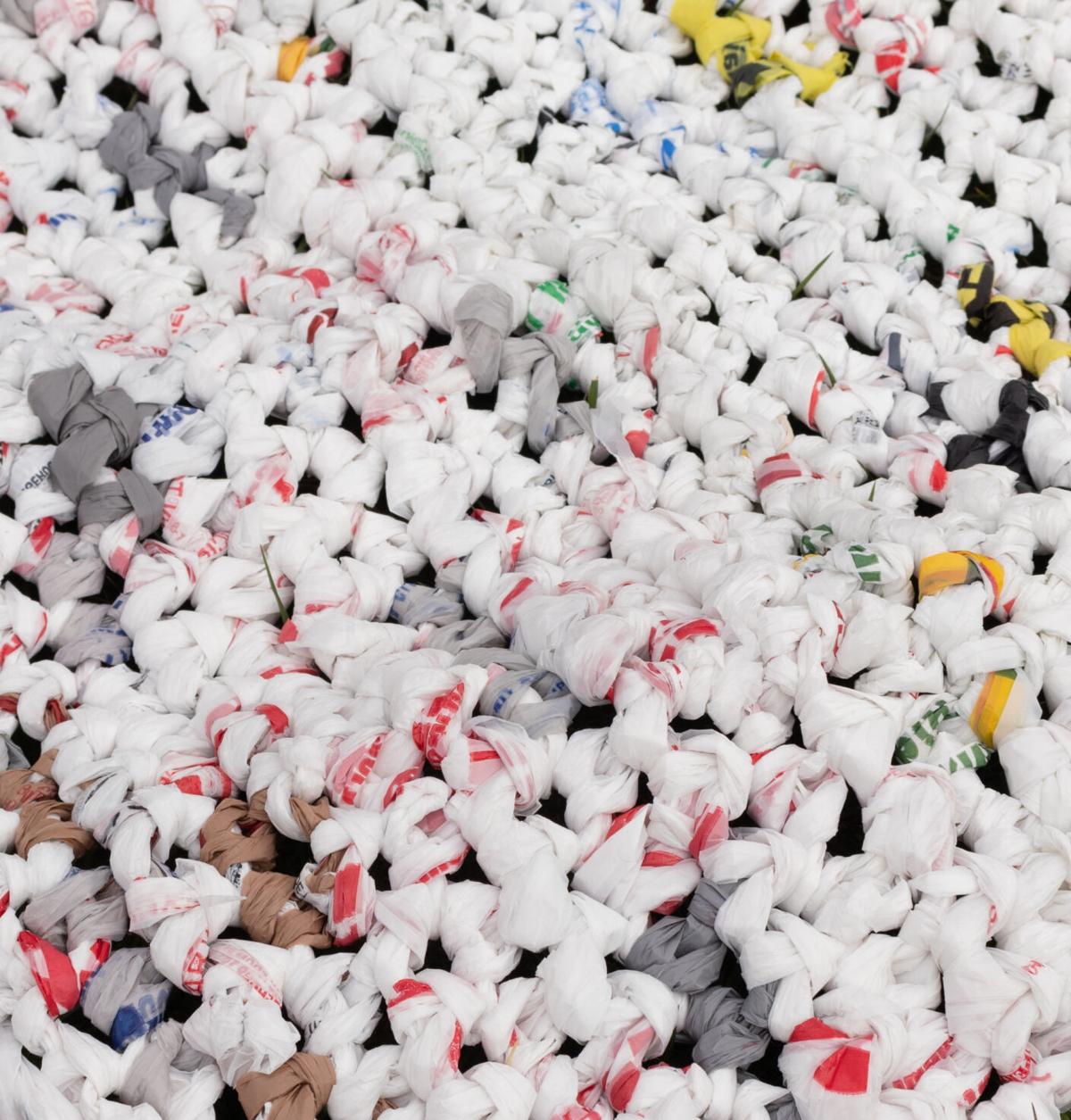 It takes around 50 hours and 500 plastic bags to crochet one mat, Jones said. 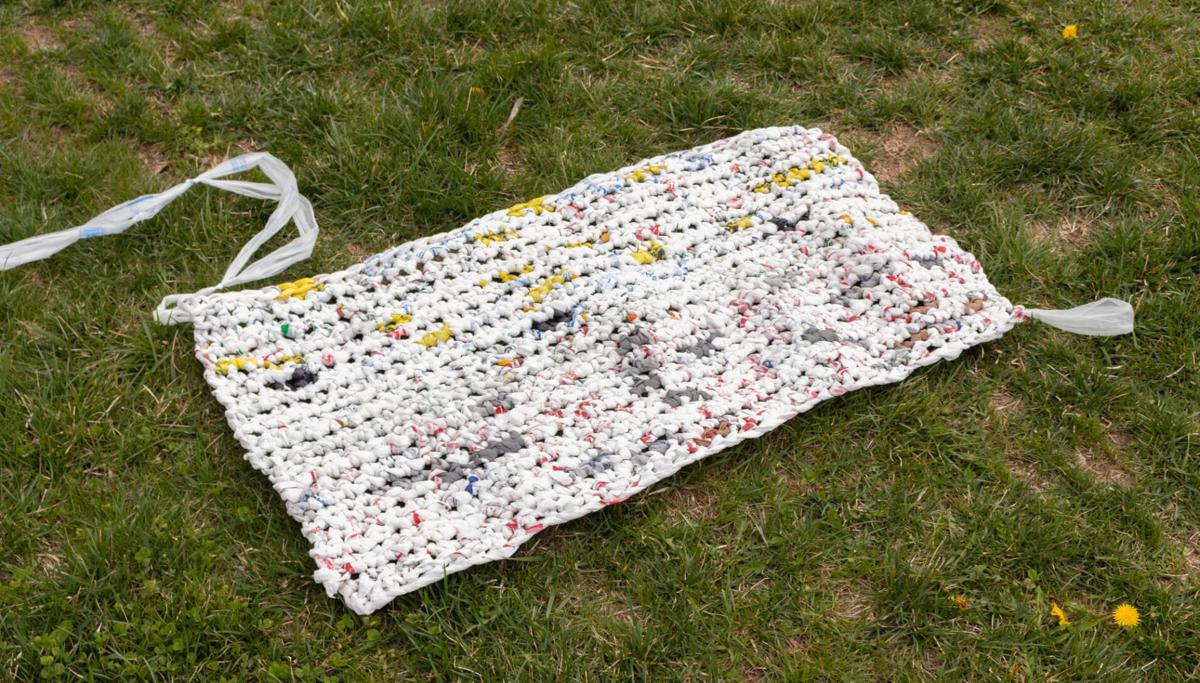 This work-in-progress sleeping mat is only half complete. Jones said she started making her first mat over spring break.

Madisyn Jones holds up her first crotched sleeping mat, which is made of repurposed plastic grocery bags. Jones is currently taking donations of plastic bags so she can create more mats.

It takes around 50 hours and 500 plastic bags to crochet one mat, Jones said.

This work-in-progress sleeping mat is only half complete. Jones said she started making her first mat over spring break.

Former Missouri State University student Madisyn Jones recently started a project making sleeping mats out of plastic grocery bags for those who may not have a safe place to lay at night.

According to Jones, after discovering this idea in a magazine, she researched and found many groups across the United States make recycled sleeping mats, which inspired her to bring the idea to Springfield.

For about a year, Jones said she has been planning and has taken several attempts at learning to crochet, but over spring break, her great aunt successfully taught her to crochet which began the plastic bag project.

As explained by Jones, the process is rather tedious, taking up to 50 hours to crochet approximately 500 bags for one sleeping mat.

“While it is a lot of work, it's really fun, and I just know that people are going to benefit from it,” Jones said.

Jones described the plan as a mutual aid project, a process which according to Vice, a Canadian-American magazine, can be described as a process in which “communities take on the responsibility for caring for one another, rather than forcing individuals to fend for themselves.”

“Everyone that is living on earth is benefiting from this, as we're keeping plastic bags out of the trash, landfills and oceans, and then the homeless population, or anyone that is in need of these, is benefiting more directly, as it keeps them off of the cold or hot pavement in the summer and winters,” according to Jones.

A portion of the process is looking for ways in which to collect grocery bags that have already been used, or that Jones said would likely not be used again.

Jones said although she currently uses more compostable options to carry groceries, she knows there are people who use plastic bags only to throw them away directly afterward.

“It's hard to get it across to people that if you save (plastic bags), it adds up,” Jones said.

According to the Center for Biological Diversity, a non-profit which works to protect endangered species, plastic grocery bags are used for approximately 12 minutes, take approximately 500 years to biodegrade and even when they do break down, they become microplastics (extremely small pieces of plastic) that continue to pollute the environment.

“My goal is to find better ways to use resources that we may use every day and that we may throw away,” Jones said. “Unless they're torn or ripped, (the mats are) supposed to last for years and years. (They’re) easy to repair too, so it's something that once they’re getting these could last them their entire life,” she added referring to the homeless population.

Jones said she is currently halfway finished with her first sleeping mat, which she plans on distributing to someone in Springfield who may be in need by asking someone who may be sitting on the street whether they could use one. She intends to continue this method but hopes to someday partner with local outreach communities in hopes of a smoother dispersal.

As her interest lies in both sustainable resources and giving back to the community, Jones is also interested in starting other projects such as recycling used paper to make notebooks for those who may need them.

Jones is now accepting plastic grocery bags; contact her at artbymadimarie@gmail.com to make arrangements for drop-off.