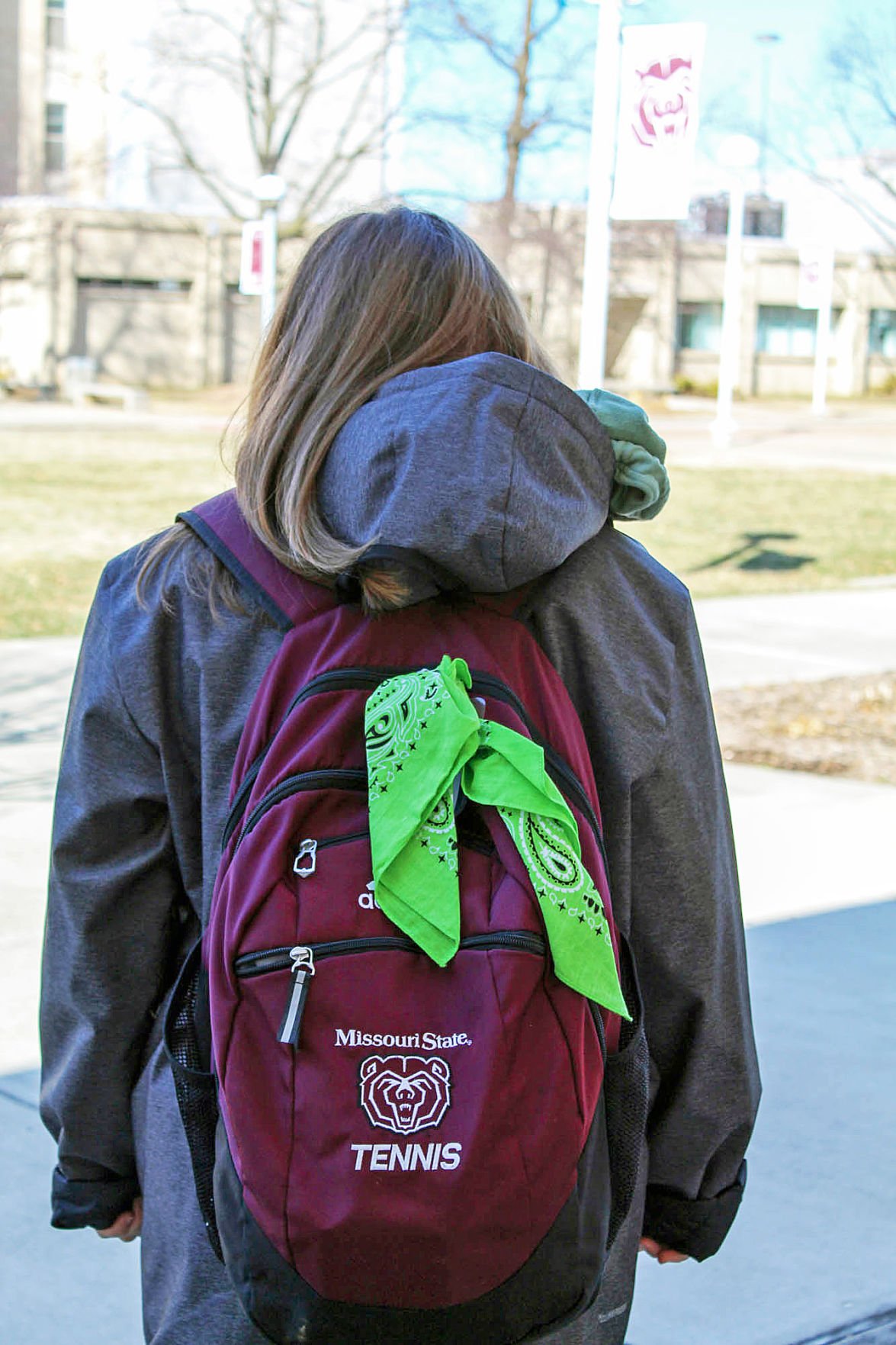 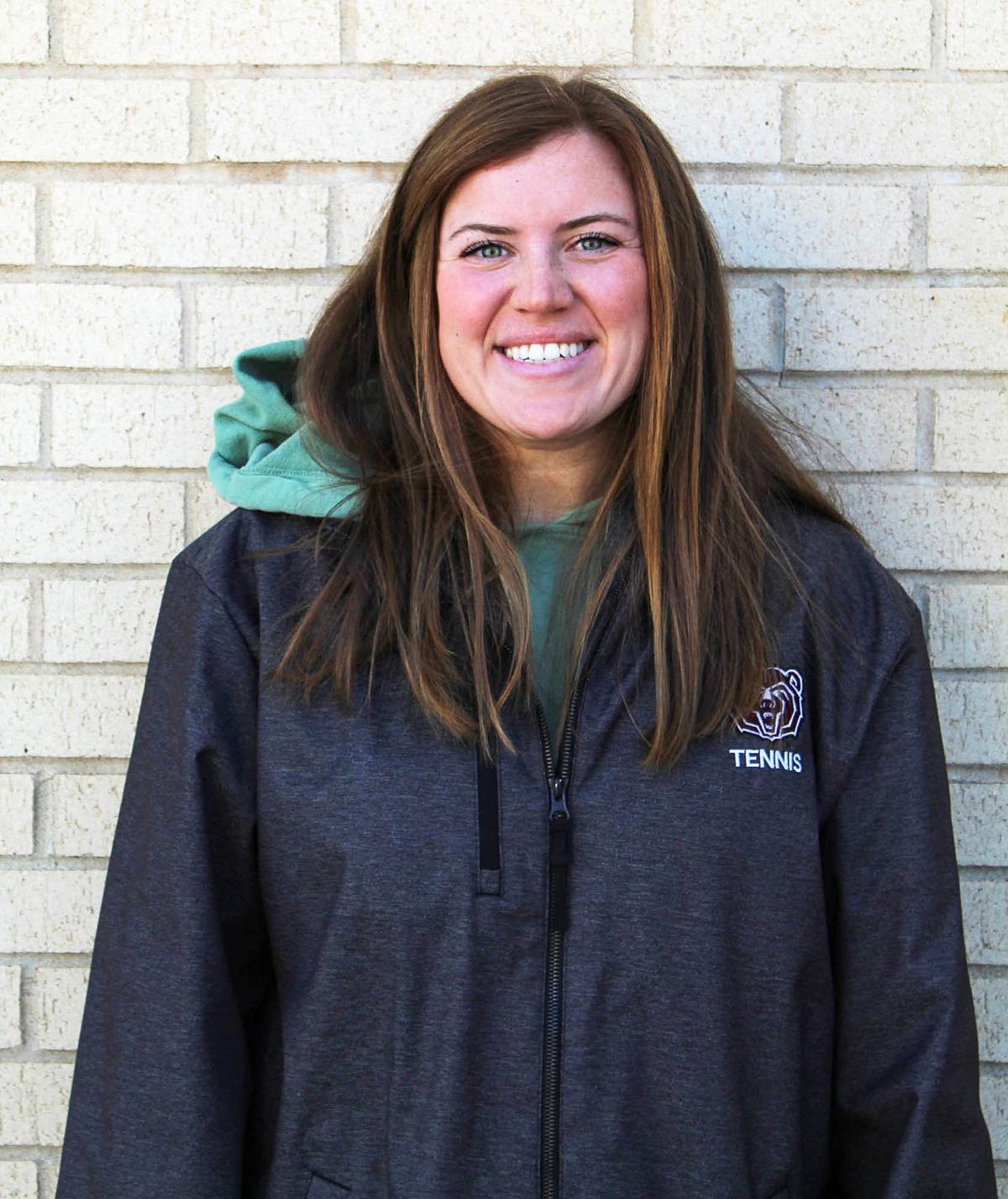 Over 450 million people worldwide struggle with mental health, making it the leading cause of various health concerns, such as substance abuse and eating disorders, according to the World Health Organization. To raise awareness of this strife, the Bandana Project was brought to Missouri State University as a bright green symbol of hope and support.

“I heard about (the program) at Rutgers University from a tennis player there that posted something on her social media,” said Alye Darter, the organizer of the project. “After looking into it, I found that it started in the University of Wisconsin Madison.”

“This summer at our in-person meeting, we had a really big conversation about how the NCAA was having a big mental health initiative this year,” Darter said. “Since I had heard about the Bandana Project, I figured this would be a really good idea to implement at Missouri State, and so I reached out to the University of Wisconsin and asked for starting tips.”

Darter got a checklist informing her to contact local partners in the community, such as the police station, counseling centers and multicultural programs.

“All last semester I spent countless hours meeting with people, and I ended up working with Sarah Crain, the president of the National Alliance of Mental Illness on campus,” Darter said. “She helped me obtain the bandanas and resource cards, which have emergency contacts and non-emergency contacts and include how to handle mental health crises when talking to cops.”

According to Lillian Van Biljon, outreach coordinator, the Bandana Project is still in its beginning stages and has yet to reach the amount of public attention it deserves.

“I think the bandana is a good start for the mental health movement because it allows everyone to be involved and bring people together,” Biljon said. “The project is definitely up and coming, and it hasn’t received enough attention yet. But when you see a student with a green bandana, they are deemed a safe individual to approach and a symbol that you are not alone.”

Darter said the two hope to expand bandana distribution by leaving some kits (containing the bandanas and resource cards) in the SGA office permanently. Once the program is met with an upsurge of participants, tabling may occur in the Plaster Student Union and Meyer Library.

Darter emphasizes the lack of required training tied to the program.

“You don’t have to go to any hour long class or things like that,” Darter said. “You just need to provide the resources, and they can decide if they want the card or not.”

Biljon finds that although mental health is an uncomfortable subject, it has never fallen under the radar. She believes that by bringing the bandana project to campus, it could open people up to having important conversations.

“When you really dive deep into the matter of mental health, you start to realize that the people that really care will be there for you and help you get the help you need without judgement,” Darter said. “People think it’s a bad thing, but then they find it’s happening to a lot of people and realize,  ‘It’s not that bad, I may not be ok right now, but that’s ok too.’”

“Mental health is the most important thing to do great things,” Biljon said. “A person’s mental health is like a domino effect. If someone is in a positive mental state, life’s challenges will fall into order and be of little impact to them. But if mental health is a risk factor, then it could lead to more high risk situations and so on.”