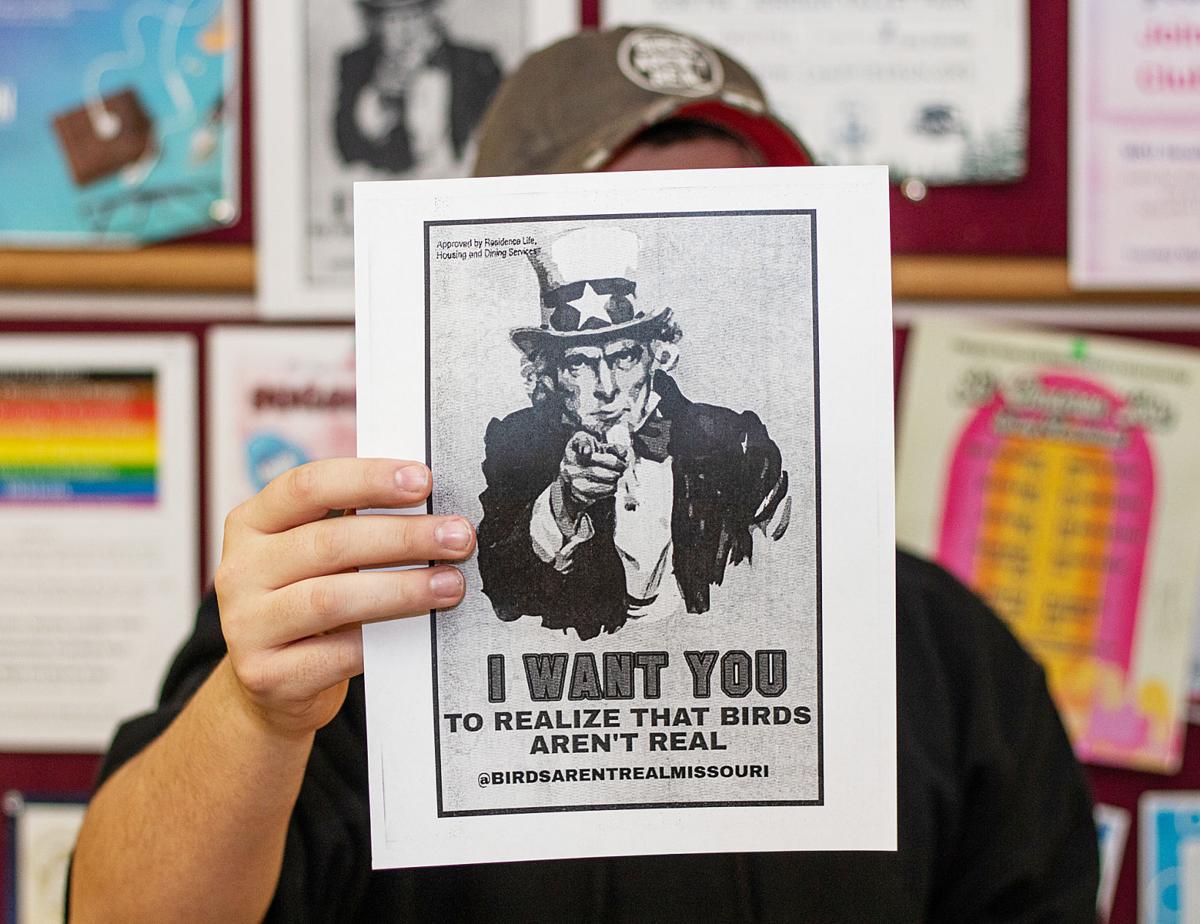 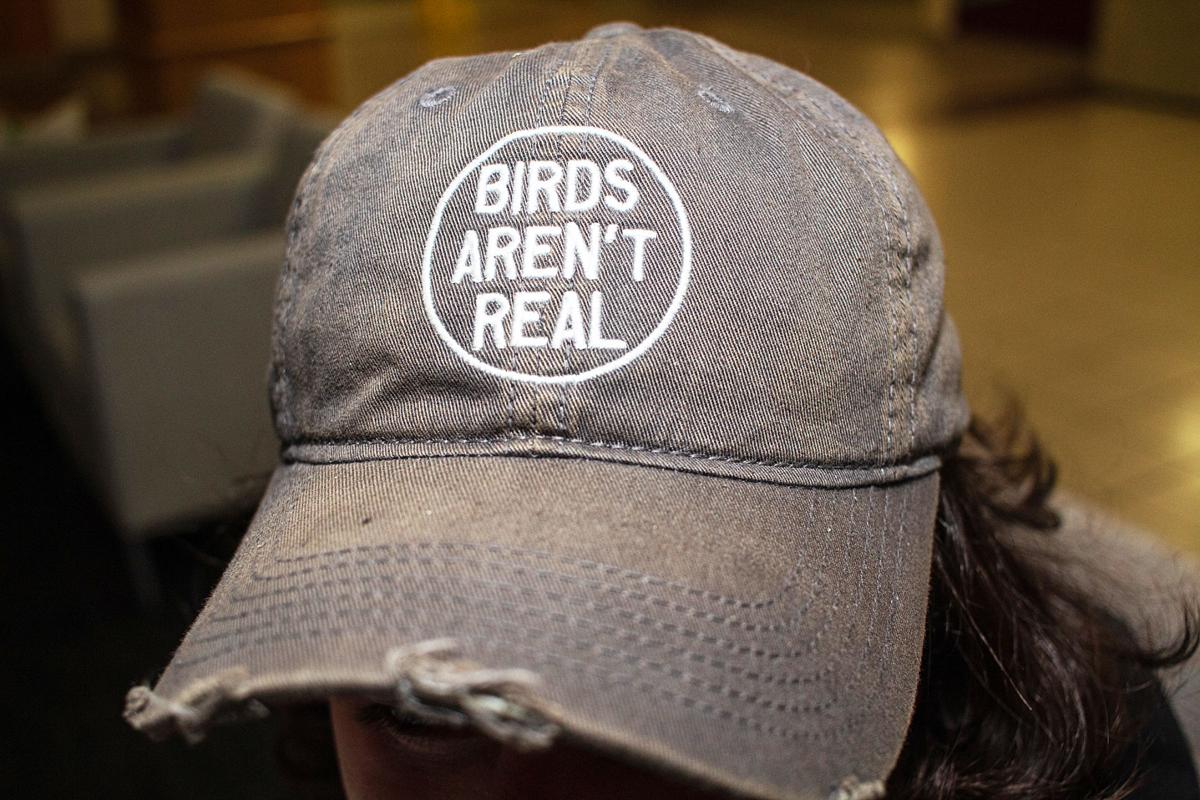 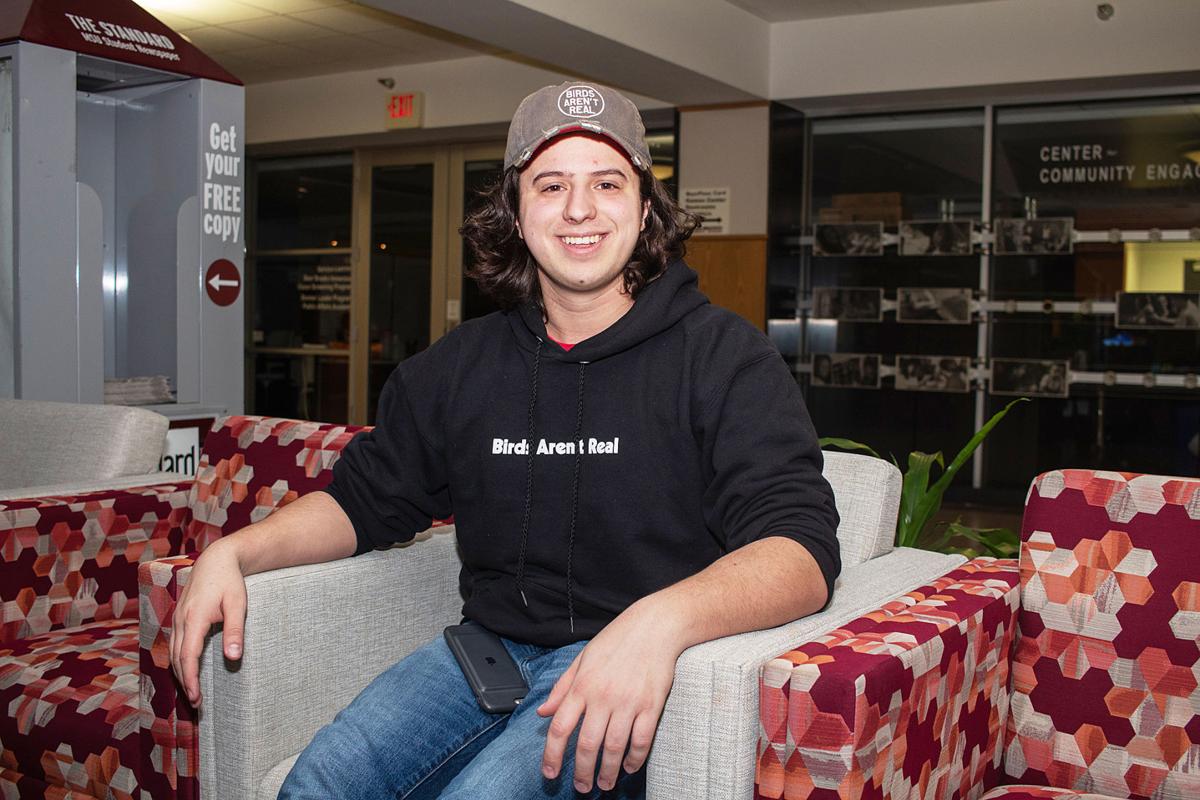 Growing up, Eric Francis was a self-described “bird person.” This is no longer. In fact, since coming to college, Francis inadvertently became a part of the national movement, Birds Aren’t Real.

According to the movement’s founder, the last bird died in 2001. Since the Red Scare, the government has gradually been replacing birds with drones that spy on the public.

What might these birds do with the information they collect? We can’t be sure.

“The government just wants to know what everyone is doing so they can have control over everything in case they need it for any reason,” said Francis, a digital film and TV production major.

Francis learned of the movement from a video released by the original Birds Aren’t Real Instagram account. He created a “mockumentary” video after learning about the conspiracy and sent it into the founder of Birds Aren’t Real.

Soon after, Francis started an Instagram account for Birds Aren’t Real Missouri, which began with just a few dozen followers.

After seeing the video, the founder recognized Francis’ account as an official chapter of Birds Aren’t Real. There are only four other officially recognized chapters in the country.

Since then, the movement has received increasing recognition and his account has gained traction, especially in the Springfield area.

But is this movement just a passing meme? Or is it more? Does the parodic movement reflect a growing distrust for the government?

“The movement just demonstrates this generation’s love for the bizarre and openness to the stranger side of life,” Frye said. ”There's a sort of cynicism about it too, that may come from growing up with a 24 hour news cycle and constant bombardment of stories that don't feel real. Donald Trump is president, why would birds be real, you know? It's all surreal at this point.”

Frye has helped Francis in the past, making videos and designing fliers for the Missouri chapter.

Fliers and stickers donning the words, “Birds Aren’t Real” can be found around the campus of MSU.

On the national level, the Birds Aren’t Real headquarters Instagram account is verified and has 197 thousand followers. Merchandise is available for purchase. “Patriots” can buy shirts and hats with the logo or sayings such as “Birds work for the bourgeois” or “Bird watching goes both ways.”

Francis says he sometimes gets recognized when he wears merchandise from headquarters.

By some, he is known as the “Birds Aren’t Real Guy.”

Growing up, however, Francis had three birds of his own; Kiwi, Bluebird and Sunny. He even volunteered to work with birds.

Today, he agrees that bird watching does, in fact, go both ways. He says he has a “strong distrust in the avian variety” and even calls birds “monstrosities.”

In search of answers, Francis went so far as to ask the president himself about “birds.” Donald Trump declined to comment.

The president’s policy on birds is unknown at this time.

Similarly, Francis has reached out to the former president Barack Obama, who also declined to comment. It seems that the bird problem reaches across the deep partisan divide.

Although the organization is actively against the government, Francis said he’s never felt personally threatened by individual birds.

Nonetheless, he was weary about disclosing his identity in this article.

“They don’t know who I am right now but once they reveal my face, then it’s game over,” Francis said.

Most of Francis’ family supports his activism, except for one aunt who he said he thinks may be a government agent.

“My aunt actually took a picture of one of the stickers I gave her and crossed out the contraction part of ‘aren’t’ and just made it say ‘are’ and she posted it on Facebook and tagged me in it.”

He said he felt victimized by this act.

Though he is a passionate activist, Francis finds time to do non-Birds Aren’t Real related activities. He is a part of Lambda Chi Alpha fraternity, he works at a golf course, enjoys skating, photography and playing guitar.

To further the movement, Francis has considered organizing rallies and tabling on campus. However, he does not plan to become an official club through the university.

“I don’t want to be in charge of an organization,” Francis said. “I’m just the meme guy.”

Nonetheless, Francis encourages the public to stay woke. He is convinced that birds only serve “corrupt politicians.” The birds are not servants of nationalism but servants to the man.