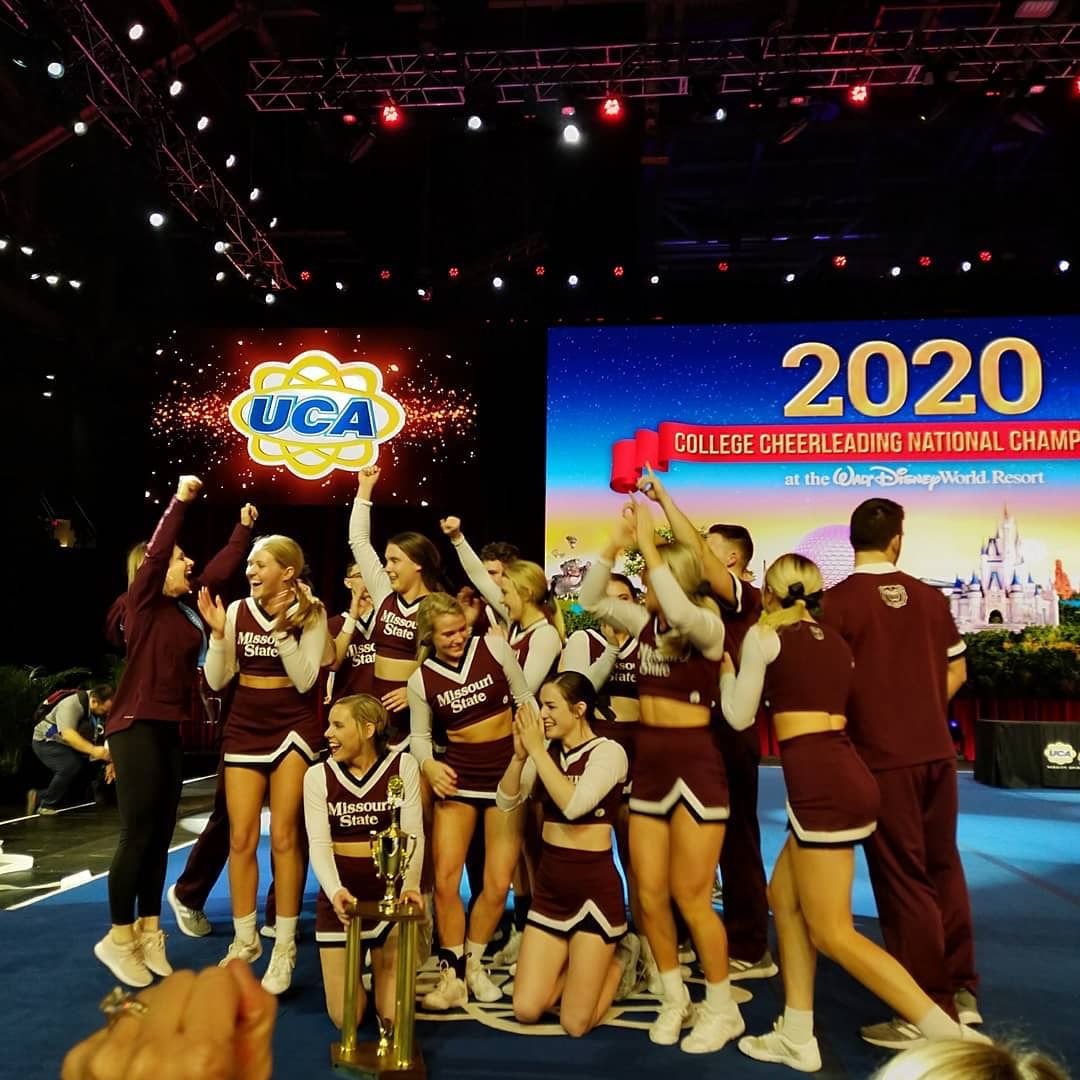 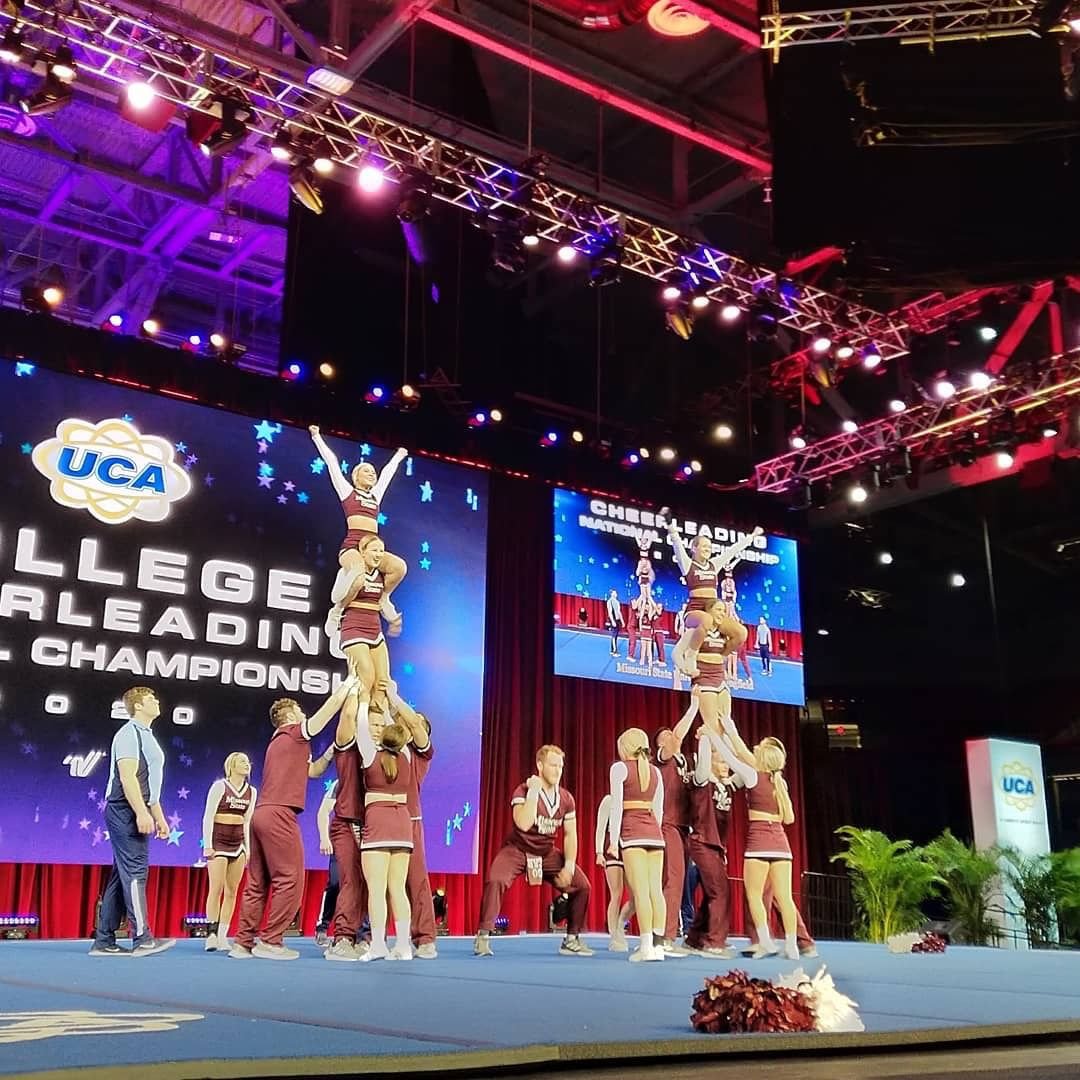 The Missouri State cheerleading squad placed second in the nation in the Division I category, and it’s their highest finish in program history.

“Well, I cried a lot,” head coach Nikki Love-Adkins said. “It was never about a trophy or making Missouri State history. It’s always been about being a cohesive unit and a strong family. To see them go out there and do it for each other, that more than anything made my heart burst into a million pieces.”

The Bears earned a score of 88.60 on a 100-point scale with zero deductions, placing behind the five-time reigning national champion, Morehead State.

Love-Adkins said the team had two stunts fall during the semi-final performance, racking up four points in deductions. Despite the drops, Missouri State was able to pull off third place to advance to the finals, beating out Tennessee Tech and Wichita State.

Missouri State earned a fourth-place finish at last year’s competition, and the previous highest ranking was bronze from 2009-2012.

“Having the student body, athletic department and community support us has been an incredible, phenomenal thing to be a part of,” Love-Adkins said.

The cheer squad will host a stunting clinic on Feb. 9 at Hammons Student Center.

The Sugar Bears recorded a sixth-place finish in the Division I game day category for the second consecutive year and earned eighth in jazz, extending their top-10 streak to 13 years. The dance team did not advance to the finals in pom.

Missouri State’s spirit squads will return to the court on Thursday, Jan. 23, for the men’s basketball game against Valparaiso.

After suffering a heartbreaking loss at Southern Illinois last week, the No. 22 Missouri State Lady Bears bounced back on Friday night at Indi…