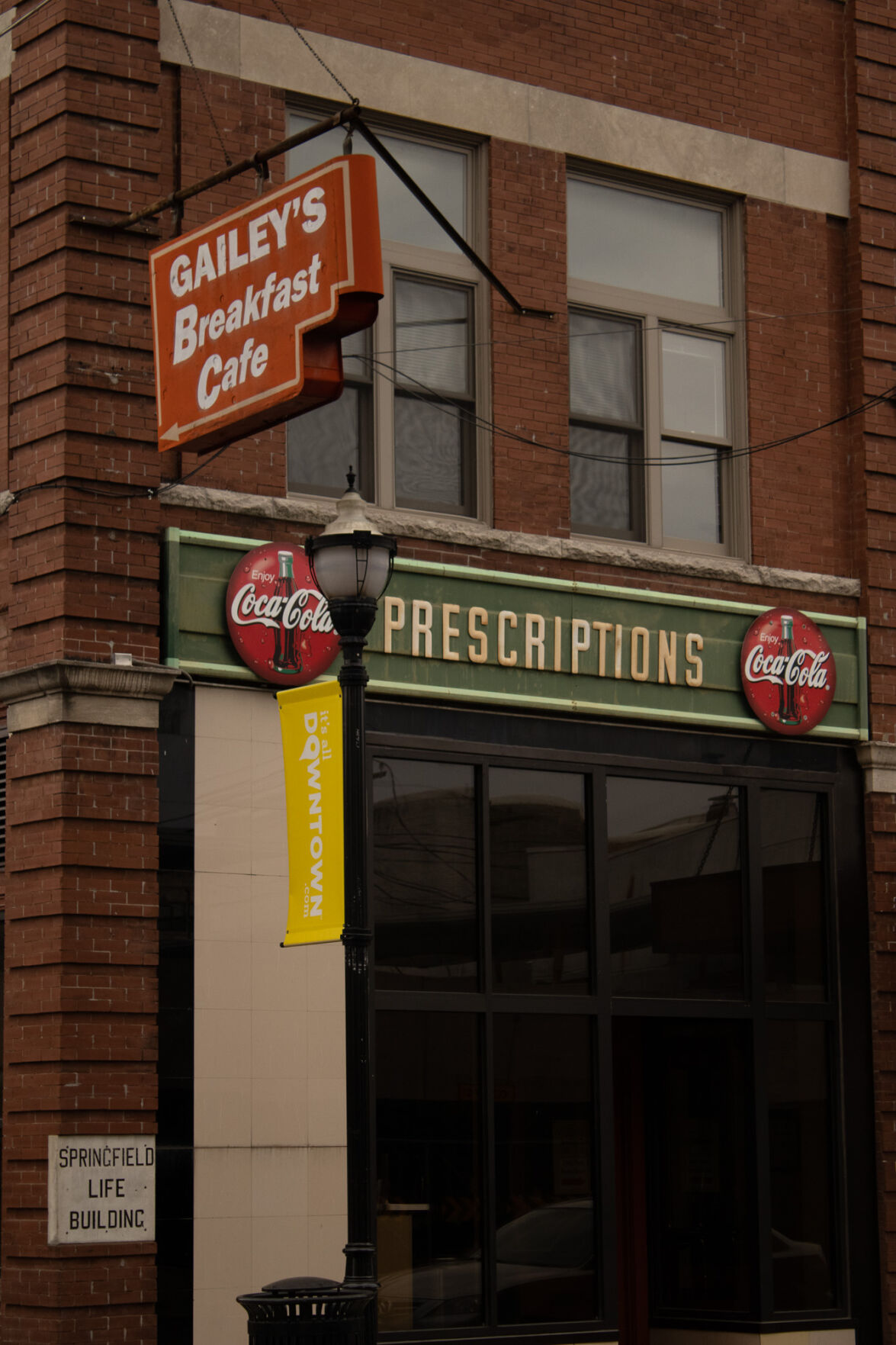 Gailey's Breakfast Cafe is located on Walnut Street. The restaurant hosted live events each Friday and Saturday prior to lockdown. 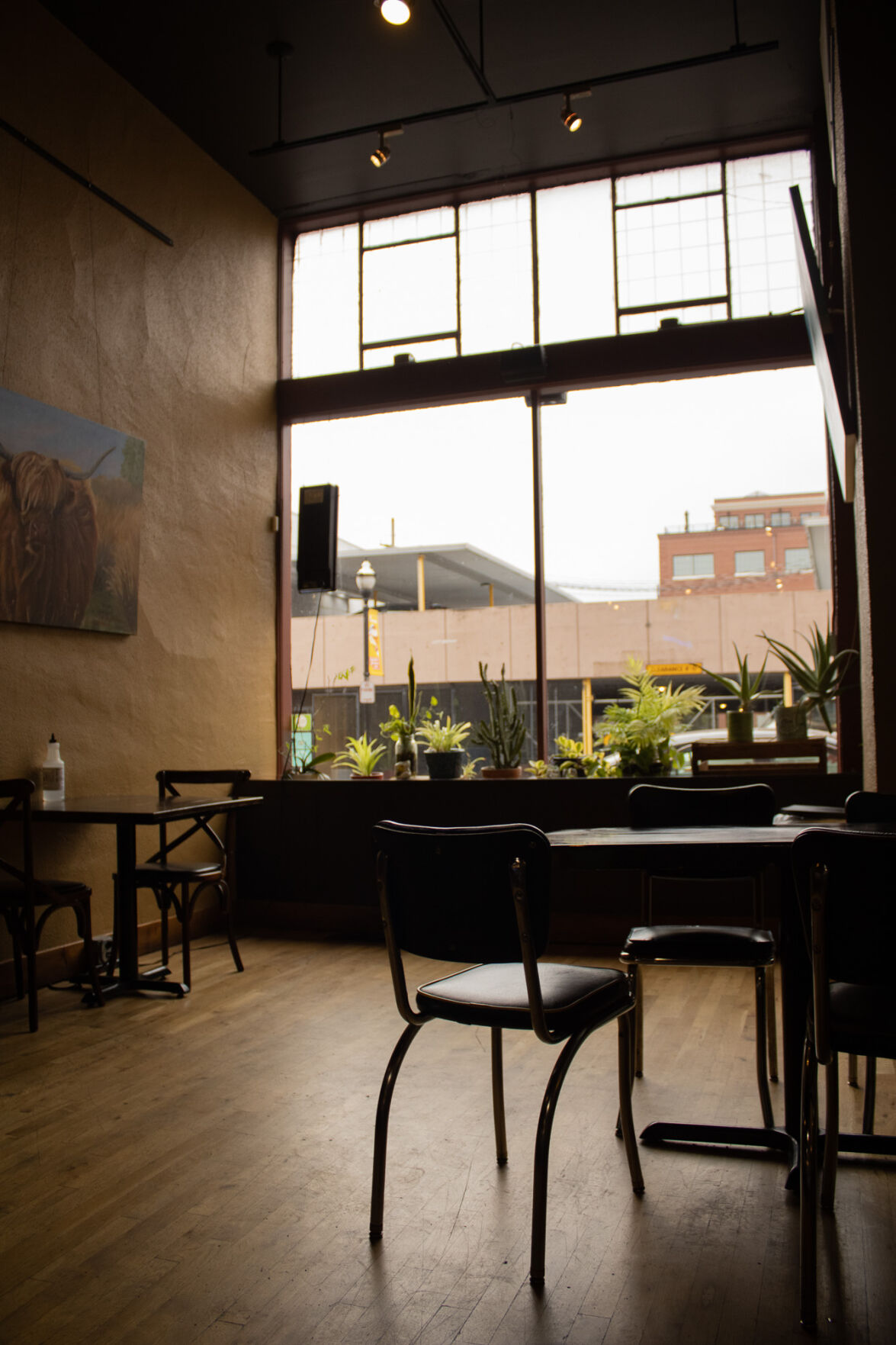 Gailey's Breakfast Cafe usually sets aside a little nook where musicians play during normal circumstances in. Gailey's has canceled all live music until they feel safe to do so again.

Gailey's Breakfast Cafe is located on Walnut Street. The restaurant hosted live events each Friday and Saturday prior to lockdown.

Gailey's Breakfast Cafe usually sets aside a little nook where musicians play during normal circumstances in. Gailey's has canceled all live music until they feel safe to do so again.

Live music and a night out with friends can be a part of the college experience. Prior to COVID-19, the possibilities were endless: singing your lungs out to your favorite band, getting a DWI — from dancing while intoxicated— or going on a first date while hearing the soft strumming of an acoustic guitar behind you or the vocal runs of some up-and-comer.

Now that the pandemic has taken hold, these activities seem to be put on hold as well with various performers making sacrifices for the safety of others.

According to Todd Schade, director of operations for Springfield Brewing Company, commonly known as Brew Co., they haven’t hired any new performers at this time but have kept their regulars, Dallas Jones and Molly Healey, on board. They play on Sunday evenings from 5-7 p.m.

The local legends have been performing at Brew Co. for almost ten years.

“Dallas Jones and I started playing patio gigs (at Brew Co.) on the weekend sporadically at first, and then it grew into a weekly appearance fairly soon during that first year,” Healey said.  “We've taken a couple of long breaks over the years, but as of now, it's still going strong. With the need for spacing and fresh air, patios and yards are the venue of choice.”

Healey’s style of music has been described as "folk-inspired orchestral looping.”

“I started playing piano at age five, then violin in seventh grade,” Healey said. “I stopped playing in college because I thought I wanted to major in musical theater. I didn’t start playing again until I was ready to graduate.”

Since then, Healey has been experimenting with different sounds: bluegrass, folk, indie, rock and country.

“I also do a lot of studio work as a violinist and cellist,” Healey said. “I currently play with the Ozark Mountain Daredevils, the Lacewings, the Kay Brothers, as well as other singer-songwriters from around the area.”

COVID-19 has wreaked havoc on her performance schedule, leading to numerous delays or complete cancellations.

“The virus completely wiped out my calendar for the first three months,” Healey said. “Sometime in June, I began to play around some outdoor places where social distancing was possible. Unfortunately, the bigger shows and festivals are still pretty much non-existent.”

Healey was meant to perform for “Earth Day 2020,” the music and sustainability festival in Springfield that she was co-organizing, but it was postponed until 2021.

“I had to collect unemployment for a while, but once I started picking up online shows, my unemployment ended,” Healey said. “I'm pretty busy at the moment, but with the current situation looking dire for any indoor shows in the near future, I'm not very hopeful for what the late fall and winter hold.”

According to Schade, the virus has also had a devastating impact on the Brew Co. restaurant.

“​Music, in the past, has certainly been a large contributor to our restaurant's ambience,” Schade said. “With the current events of COVID-19, it is becoming increasingly difficult to book live acts and draw the necessary amount of people to make it cost effective.”

According to Schade, despite the downfalls of the virus, he remains hopeful for the future with his plans to add more performance space.

“We recently purchased Missouri Spirits House next door and are rebranding it as SBC's ‘The Cellar,’” Schade said. “It has a ton of room and is a gorgeous space for live events. I believe we will be able to ease our way back into live music through this and still effectively accommodate social distancing and safe guidelines for the events.”

According to Healey, Brew Co. is a lovely place to play, especially on the patio.

“Summer nights are magical,” Healey said. “Dallas and I love it and are always learning new tunes to keep it fresh. The beer is spectacular, the food is amazing and the staff has always been so supportive.”

According to manager Katelyn Laubaugh, COVID-19 put a damper on the evening festivities for a while, but they recently regained their extended hours.

“During the month of March, we went from having a record-breaking weekend to closing our doors within days, and it hasn't been the same since,” Laubaugh said. “As we slowly reopened, we were forced to cut out our evening hours, which is when we hosted live local musicians. We are now open until 10 p.m. Wednesday to Saturday, like we were previous to the shut-down.”

Gailey’s can only be at half of their original capacity (approximately 117), so they can no longer hire musicians for the evenings.

“Our decisions are largely based around Springfield's Road-to-Recovery Plan,” Laubaugh said. “We do, however, have two musicians who play during the daytime from Friday to Sunday. Drew Holt plays the harp for us on Sundays, and Ira Edelman plays the guitar on Fridays and Saturdays. They are wonderful.”

Prior to the lockdown, Gailey’s hosted live bands every Friday and Saturday night.

“We were typically booked up to six months at a time, and all but a few of the musicians were local,” Laubaugh said. “Anyone 'off the street' could absolutely perform with us as long as they scheduled it ahead of time. Historically, we’ve been in Springfield for about 70 years and used to close at 2 p.m., so having live music helped bring customers in and spread the awareness that we were now open at night.”

Despite the lack of live entertainment in the evenings, there are numerous specials for every day of the week at Gailey’s Breakfast Cafe:

Happy Hour is 2-6 p.m., Wednesday to Saturday, and this includes 50% off of appetizers, $1 off all beer and wine and $4 Bloody Marys and Mimosas, according to Laubaugh.