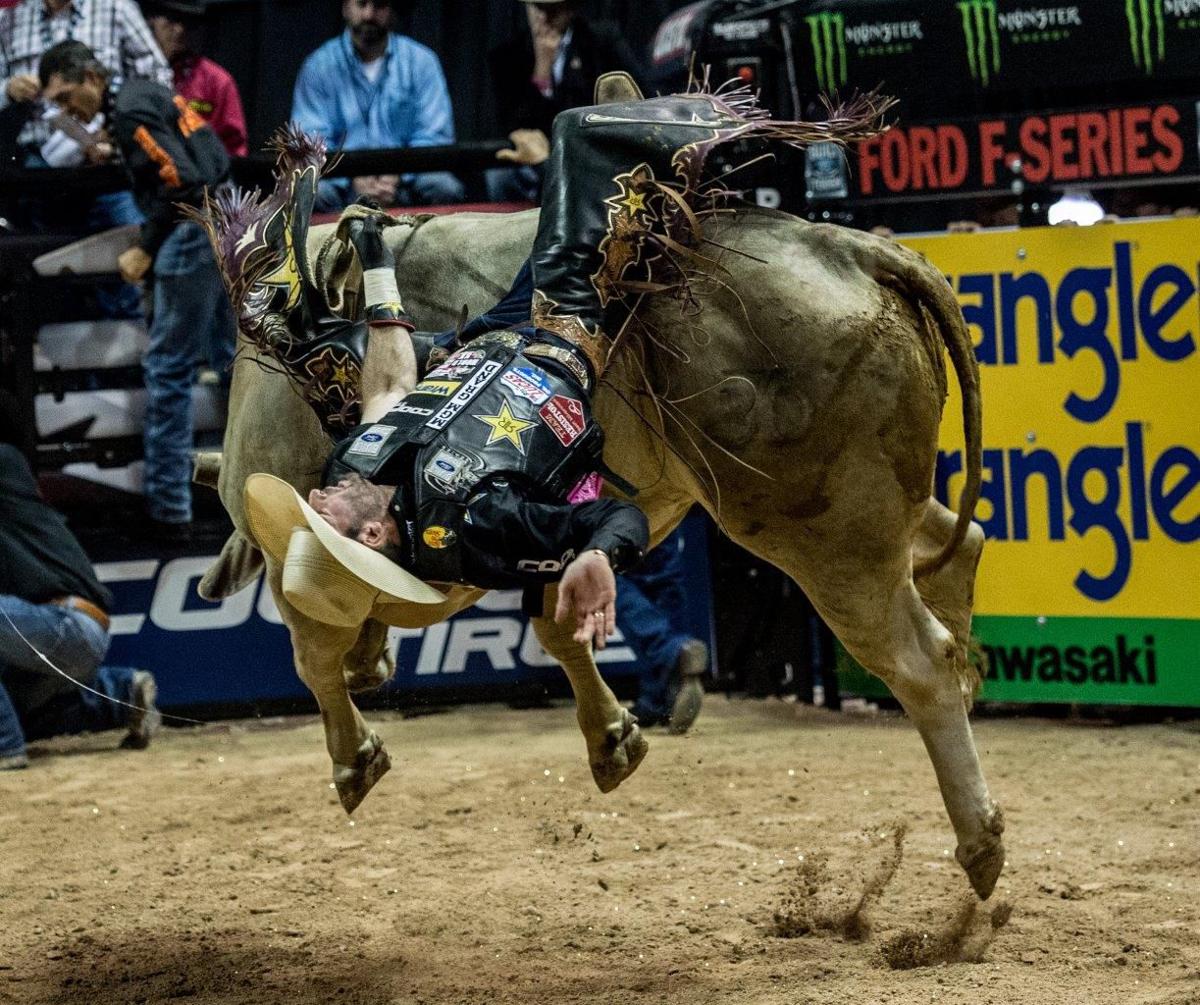 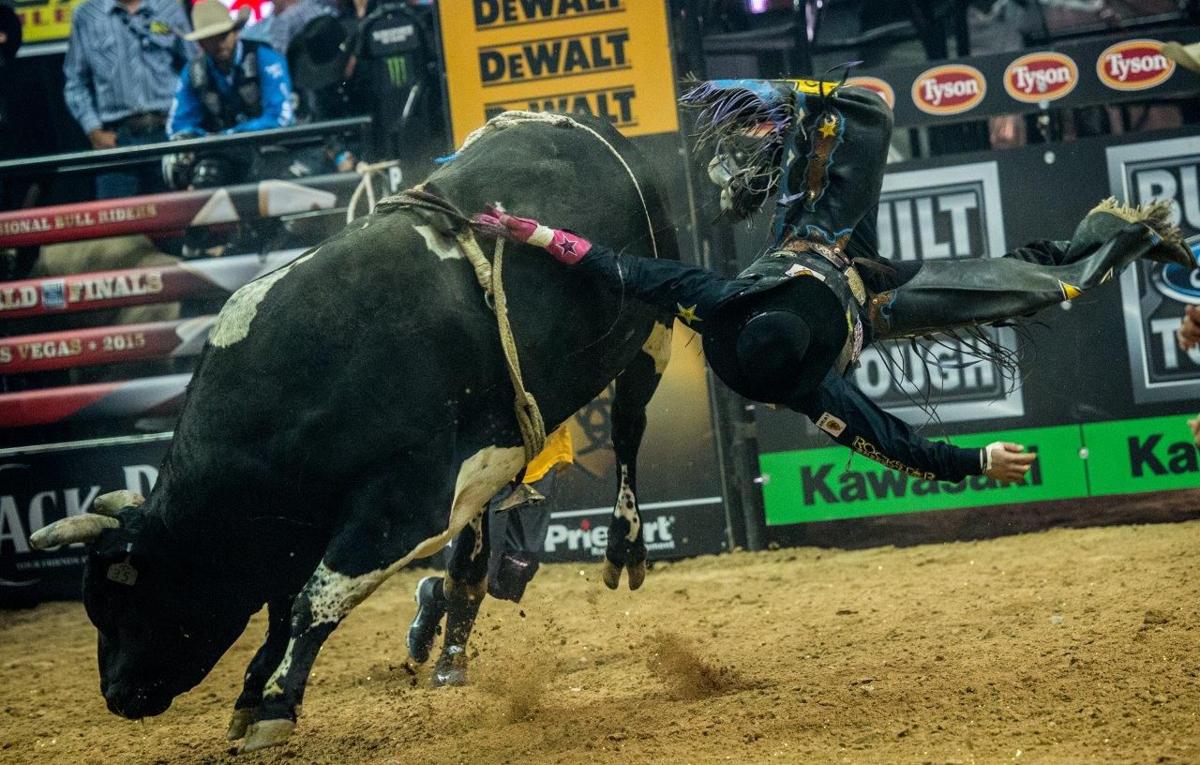 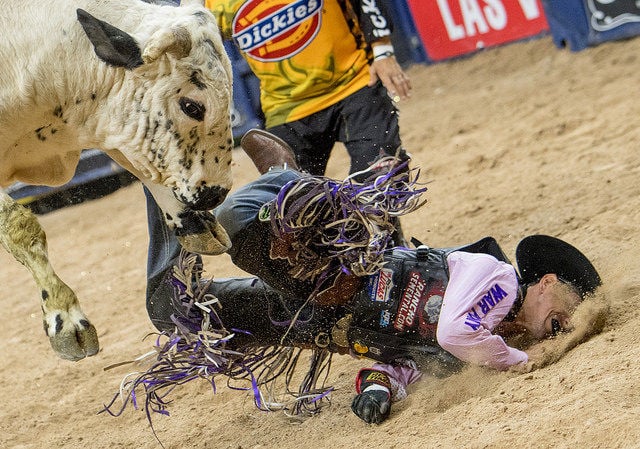 It’s that time of year when the Professional Bull Riders come to JQH Arena. The sport only takes the best bulls and best athletes for the dangers that may come with it. With this in mind, some wonder how the bulls are treated, and if they are in harm’s way. Professional Bull Riders says it is very strict with animal welfare and makes sure to treat the bulls with respect.

Andrew Giangola, a spokesperson for PBR, gives insight on the sport’s ownership of the bulls they have on the road, and what the sport is really all about.

“PBR does not own the bulls,” Giangola said. “The bulls are raised by bull stock contractors. They are businessmen who are ranchers or some of them are just in the business of raising bulls for PBR and rodeo.”

Giangola says that PBR is not a rodeo and only features the sport of bull riding.

“In 1992, 20 cowboys broke away from the rodeo because they viewed it as the most dangerous event, and realized that it was one of the main events people came to rodeos for, and that started PBR,” Giangola said. “This is a sport where you have a lightweight and a heavyweight in the same arena. Here you have a 150 lb. cowboy going against a 2,000 lb. bull, and that doesn’t happen in a lot of sports.”

With these dangers included in the sport, not only do they make sure to take care of the riders, but of the bulls as well. Giangola says these bulls are treated essentially like rockstars, and are essential to the sport. With bull riding in the PBR, there is a lot of information that people aren’t aware of when it comes to the way they treat their bulls.

“There is a lot of misconception,” Giangola said. “The bull’s genitals are not touched (or) tied, and there is no electroshock. Some people are misled about how we treat these animals. Just as a thoroughbred race horse is raised to run, these bulls are raised to buck. The one thing that the bulls are trained with are a flank strap. It’s a cotton strap wrapped the haunches of the bull. The flank strap does not touch the genitals. The flank strap is not painful, nor agitates the bulls genitalia.”

To get a closer look into the way bulls are raised, transported, and overall taken care of, stock contractor Mike Miller, who raises bulls for a living, says bull raising is the only business he is in.

“We raise bulls, we buy bulls, we take them to events all over the United States. We’ve got three different places that we keep livestock at,” Miller said. “Everything is within five miles of my house—Jersey Shore, Pennsylvania, near the mountains.”

When it comes to the bull’s welfare, the bulls are one of the most important aspects of his family’s daily life.

“The bulls are fed before we (are),” Miller said. “We put our livestock first. We do make a living with them, but they’re not like an employee. They are like people, and have their own personality. There are a lot of bulls that are retired; we are good to them for the rest of their lives.”

Raising bulls to prepare for events such as the PBR is like training athletes, Miller says. He also says that you cannot make a bull buck, and they will either do it or not.

“They’re kind of like athletes in the NFL,” Miller said. “The Built Ford Tough Series is like the main event; we’re always looking for that Michael Jordan or Tiger Woods. There are bulls that show a lot of potential, but as far as making a bull buck, you cannot make them buck. They have their own personality, they get their names through stuff they’ve done. We are around them 24/7. It’s all day, every day, 7 days a week.”

For bulls that do not make the PBR, they all have something to do with their lives.

“Most every bull will do something,” Miller said. “We will sell those bulls to a different association, like rodeos. We will sell them to someone I know. There is work for them somewhere, not just at the PBR.”

Bulls that are bred on Miller’s are taken care of, and there isn’t a lot that they do in their youth, because they simply aren’t mature enough yet.

“There are cows there that we breed, we leave the cows with mom until eight months old, then we start to wean them off and keep them in groups,” Miller said. “We don’t really do anything with them until they’re 2-years-old. We then determine what they’ve got and see their athletic ability. We don’t do anything them again until they’re 3-years-old and then we take them amateur events. We usually take 4-year-olds to The Built Ford Tough series, no younger. Sometimes we wait until they’re 5-year-olds.”

Bull safety is the number one priority in the PBR, so much so that there are strict rules on how stock contractors can treat their bulls. If electro-shock or genital mutilation happens, those people associated with the PBR will get kicked out. There are veterinarians and doctors stationed at every event in case something does happen to either the bulls or the athletes.

“There are really good resources,” Miller said. “They’ve had bulls breaks their legs, and they go get surgery by animal doctors. Every option is there for you if something is wrong with your bull. There are three huge vet hospitals near my

As a freshman reporter at Missouri State University, Katie Haynes strives to inform students on campus with new and helpful information. Haynes is studying journalism with a minor in creative writing.