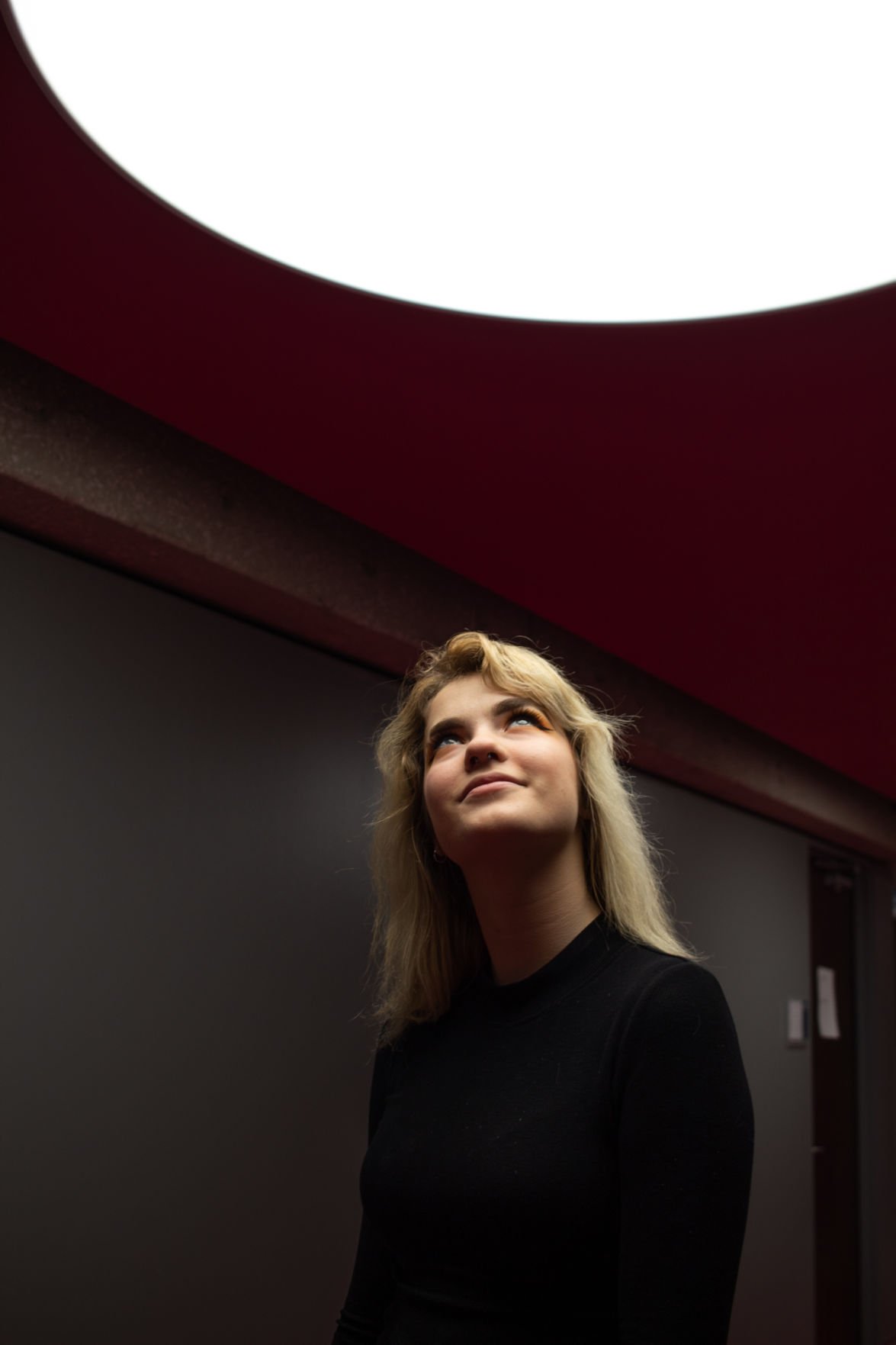 Kodie Brown, sophomore Theatre & Dance/Acting major, is currently taking a step behind the camera to create her own short film. In her film, she discusses topics such as mental health, party culture and emotional independence. 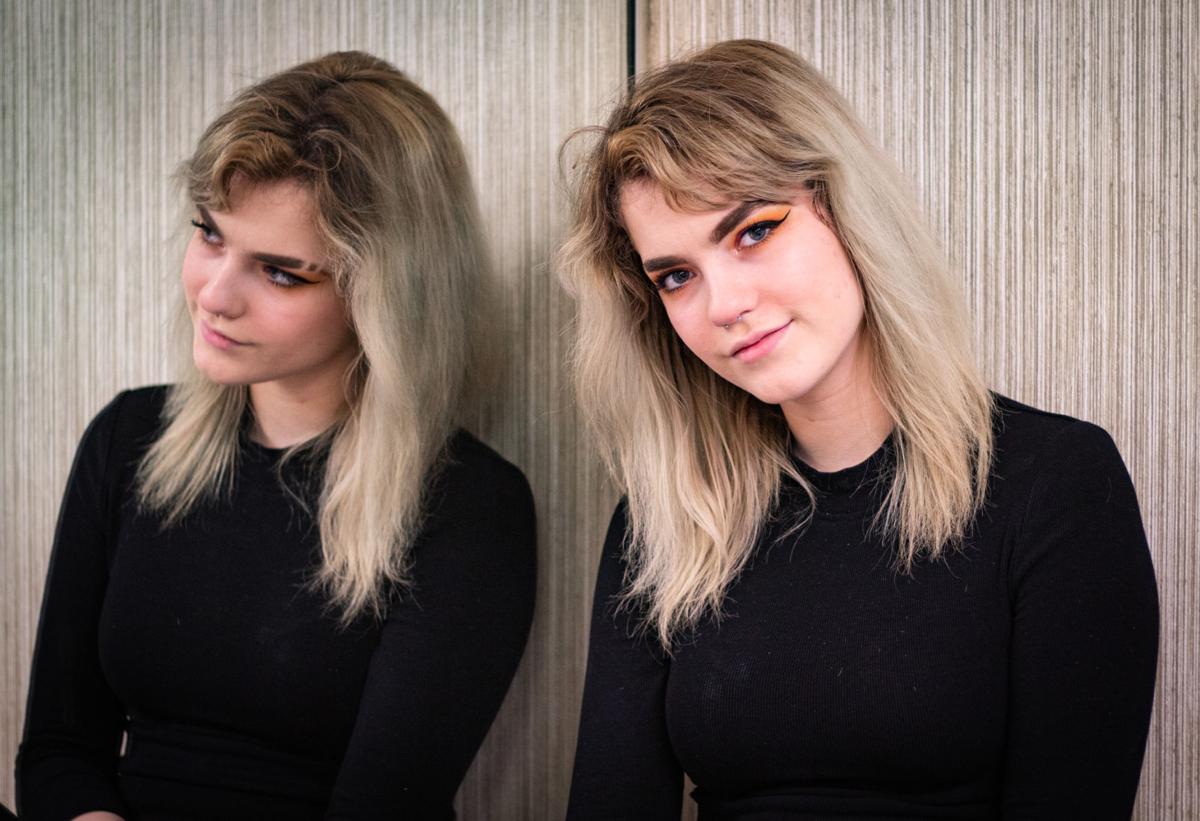 Kodie Brown, sophomore Theatre & Dance/Acting major is taking a break from being in front of the camera to create her own short film. In her film, she discusses topics such as mental health, party culture and emotional independence. 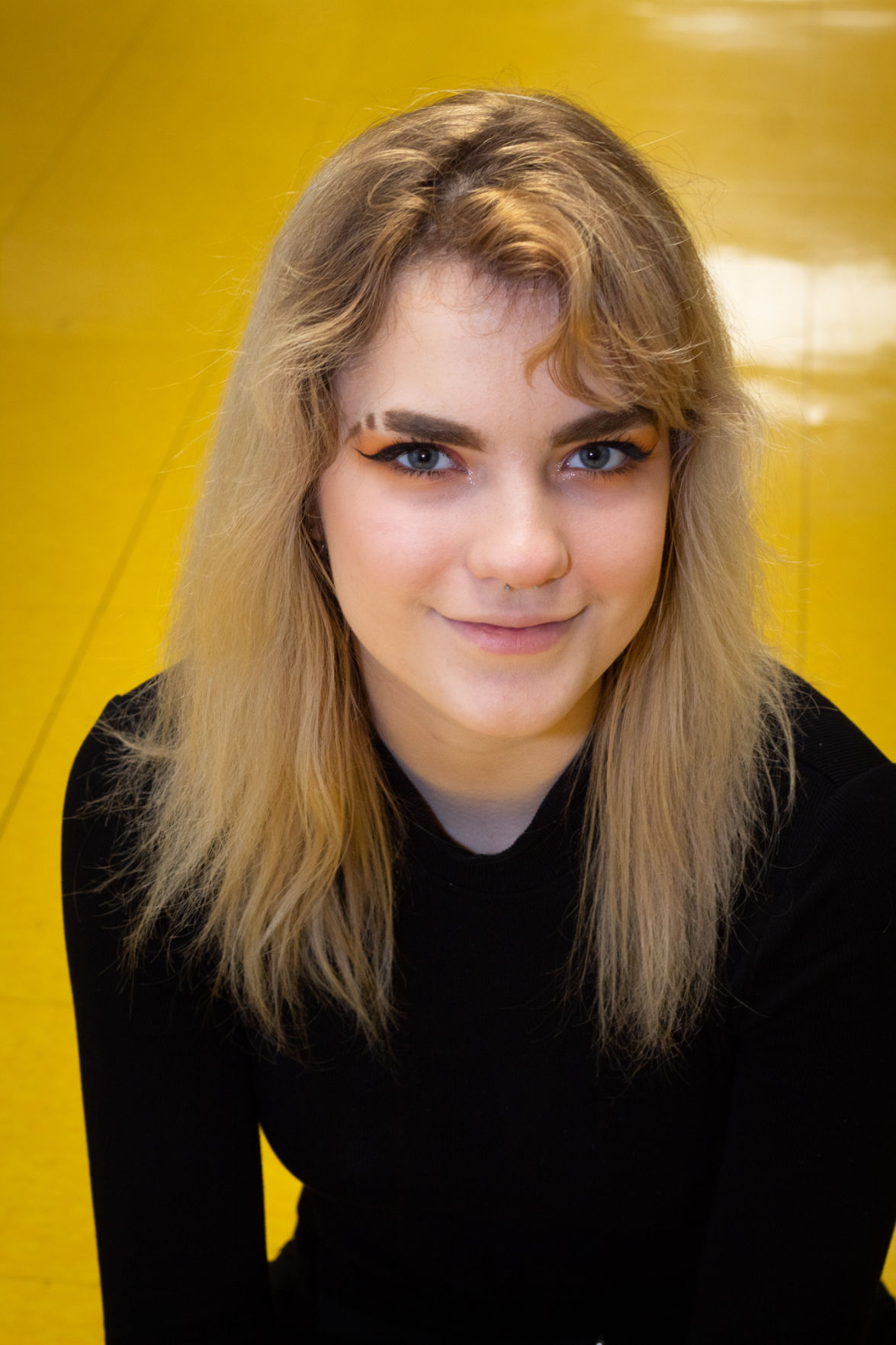 Kodie Brown, sophomore Theatre & Dance/Acting major is in the process of creating her own short film. In her film, Light This For Me, topics such as mental health, party culture and emotional independence are depicted.

Kodie Brown, sophomore Theatre & Dance/Acting major, is currently taking a step behind the camera to create her own short film. In her film, she discusses topics such as mental health, party culture and emotional independence.

Kodie Brown, sophomore Theatre & Dance/Acting major is taking a break from being in front of the camera to create her own short film. In her film, she discusses topics such as mental health, party culture and emotional independence.

Kodie Brown, sophomore Theatre & Dance/Acting major is in the process of creating her own short film. In her film, Light This For Me, topics such as mental health, party culture and emotional independence are depicted.

“Light this for me.”

This is the title of a short film written and directed by Kodie Brown, sophomore acting major at MSU. The title is a metaphor, she says, for someone with codependent tendencies who needs the help of others.

Brown, who describes herself as an impulsive and creative person, wrote the first draft of the 20 page long script in one night.

The film follows Maxine, the story’s protagonist as she explores party culture and its impact on relationships.

Brown describes Max as warm, inviting, curious. She has issues at home but she longs to escape and feel normal.

“She's funny,” Brown said. “She's sweet. She's just a really likable character. But she definitely has her flaws and toxic tendencies. We all do.”

Maxine, Max for short, struggles with her mental health and begins partying to cure the numbness she had been feeling. It’s at a party where she meets and becomes involved with Luke.

“Once Luke comes into the picture, she starts to latch on to him,” Brown said. “And she kind of just puts her life around that person and ignores everything else.”

Max and Luke’s relationship develops around their shared interest in party culture.

“She starts to slowly realize the effects that drugs have on relationships and the complications of having a relationship with someone that is literally built on party culture and going out,” Brown said.

One of the inspirations for the film is Brown’s ex-boyfriend from high school. He became interested in drinking and partying, which Brown had not been exposed to much at the time.

“Our relationship just completely fell apart. His mental health got worse and worse as our relationship went on. It got to a point where I couldn't help him anymore,” Brown said.

Brown said she draws on experiences and people from her life but Max’s character isn’t based on herself, though they have gone through many of the same experiences.

Growing up in Hot Springs, Arkansas, Kodie knew people who were heavy drug users, using multiple substances at a time. She’s known people who have overdosed more than one time.

“It was my senior year basically, when I was with that guy, it changed the way I perceive drug use as a whole,” she said.

When she started writing her film, Brown thought she may not want to follow a linear plot but she decided against it, thinking it may glorify the use of drugs.

“I don't want people to think that you can go out and party and do drugs and everything's fine, because that's not how it is,” Brown said. “I've witnessed it from my friends and that relationship. There are consequences, even if it's very minor consequences.”

Brown cast her actors last weekend and said she is excited to begin working with them to see how they bring her characters to life.

She thinks her skills as an actor will translate well into her directing. Since she is usually on the receiving end of feedback, Brown said this will help provide helpful notes for her actors.

Conversely, she thinks having experience as a director can help when she’s acting as well.

Brown has experience in documentary filmmaking and shooting music videos, but this is her first time directing a short film. This is a personal project for Brown, something she’s wanted to do for awhile, and is not affiliated with MSU.

Brown said there has been a learning curve in the process of planning for the film. The most helpful person has been her producer and best friend, Rachel Adams, a TV and film production student at MSU.

“It's really nice to have her on my team because we're giving back and forth,” Brown said. ”She's learning more about the acting and my visionary side, and I'm learning about the technical side from her.”

“My favorite part of working on the film has been helping with the writing process,” Addams said. “Kodie had a wonderful script to start, but I was honored that she asked me for some help editing it into a final product.”

Starting the production of the film has made Brown feel “oddly empowered” as a female director, she said. In most of her recent work as an actor, Brown has been in films of male directors with one exception --- electronic arts film, “Stages,” with Nikki Clark, a female director.

Brown encourages other women wanting to pursue film to follow that passion.

“If you want to do something, go do it. And kick some ass in the process.”

“What would I say to other women about pursuing a career in film—-for the love of god, do it,” Adams said. “The industry is starved for female producers, writers, and directors. Be bold, and seek opportunities actively. And make sure you are noticed and remembered when you work with people, reputation is everything.”

The film’s estimated completion is September 2020. The run time will be around 15 minutes.