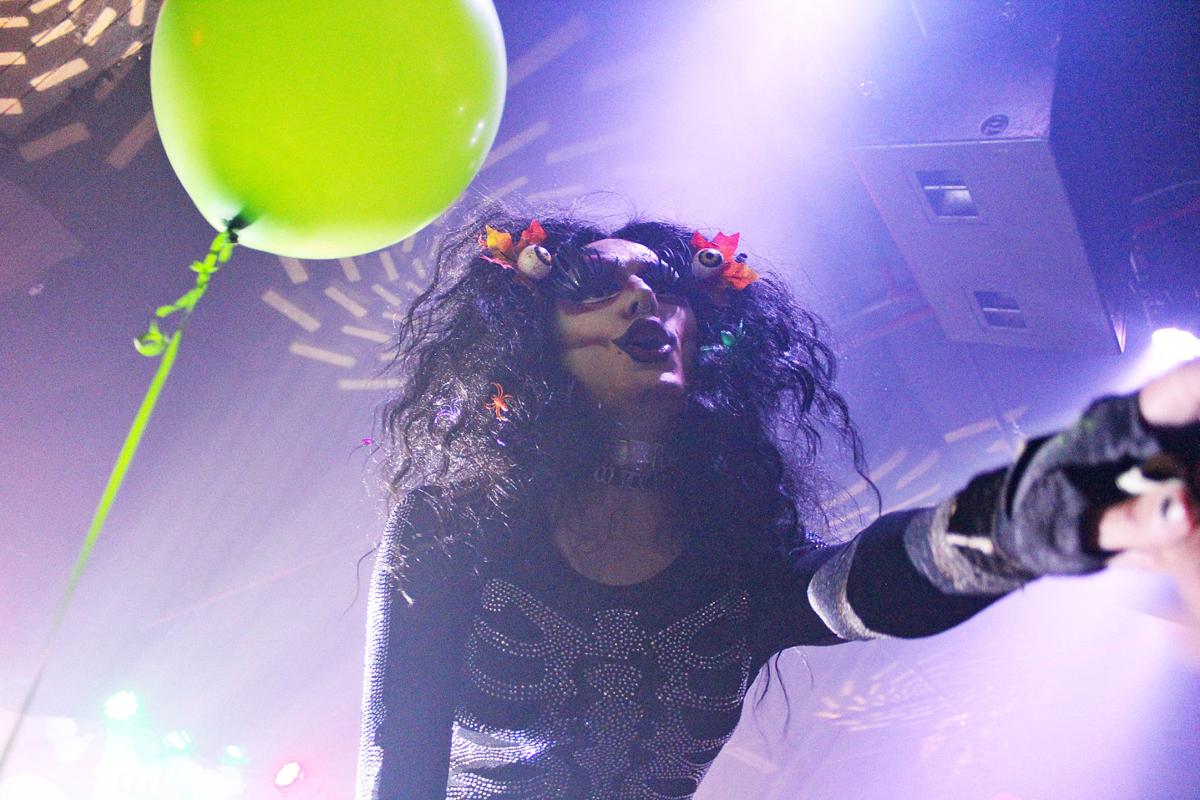 Local drag queen Yarn reaches out into the audience during her performance. 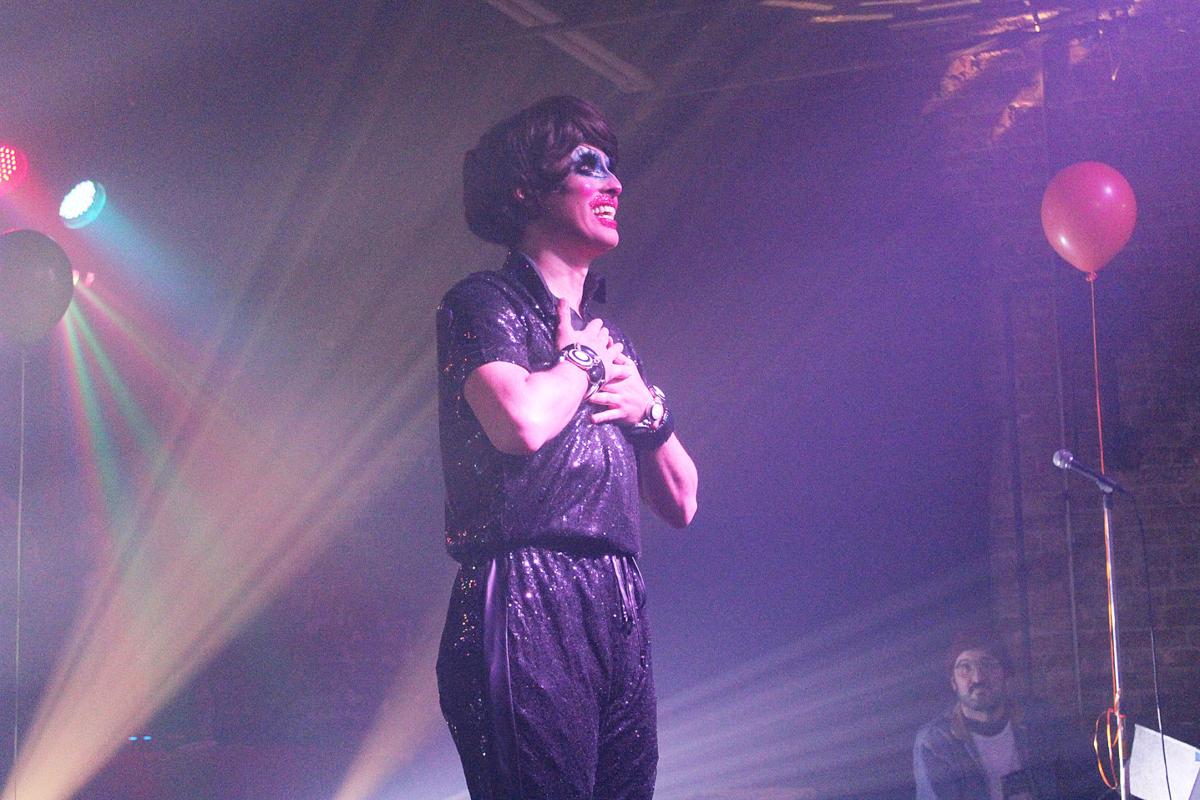 Crystal Methyd recently qualified to be on the show RuPaul’s Drag Race. 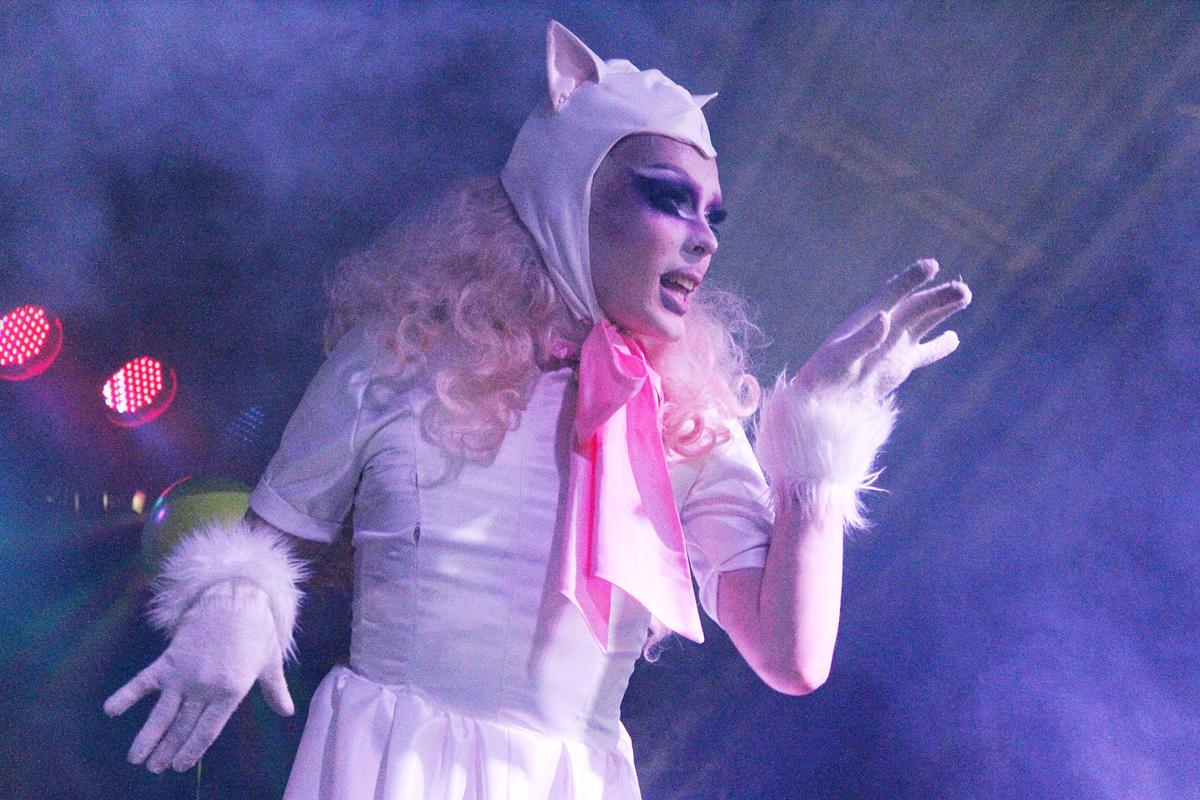 Get Dusted drag queen Lux performs to “Memory” from “CATS.”

Local drag queen Yarn reaches out into the audience during her performance.

Crystal Methyd recently qualified to be on the show RuPaul’s Drag Race.

Get Dusted drag queen Lux performs to “Memory” from “CATS.”

Confetti rained from above as “Bet On It” from “High School Musical 2” thundered through The Outland Ballroom. The audience boomed in an uproar of excitement as Springfield drag queen Crystal Methyd pranced onto the stage, resembling Zac Efron’s character from the movie, Troy Bolton.

Four years ago, the popular local drag queen Crystal Methyd was tired of the local gay bar scene, where she felt the audience wasn’t inclusive and didn’t understand “her drag.”

“It all started downstairs at The Outland when Crystal would get her guy friends ready, who had never performed before, and throw them on stage,” drag queen Daegen Michelle said. “It was a rage, so fun, and expanded the minds of people we’d never imagined.”

Thus, Get Dusted was born. The monthly, all inclusive drag show welcomes anyone from a wide range of backgrounds.

“The mission of Get Dusted is to bring a sense of community to all types of people and to have fun while doing it,” drag queen Daya Betty said. “It is really about just being able to let go and have fun with one another.”

Saturday night, Crystal Methyd and her queens took over the Outland Ballroom once again for Get Dusted’s Fourth Birthday Bash.

Doors to the sold-out event opened at 9 p.m. with DJ James River kicking off the show. Audience members were encouraged to indulge in cupcakes and Kool-Aid Jammers provided by Crystal Methyd before the drag show, which began at 11 p.m.

Liaison, originally from Florida, competed in “RuPaul’s Drag Race” back in 2015 and finished joint runner-up.

One of Liaison’s performance specialties includes her alter-ego Roxanne, which she performed under on Saturday. Roxanne’s persona is loud and fun, despite the character being an older woman with a raspy, smoker’s voice.

Liaison is not the first “Drag Race” contestant Crystal Methyd has invited to Get Dusted. In the past, season one contestant, Tammie Brown, and season eight contestant, Laila McQueen, have made appearances.

“When Get Dusted started it was mostly for fun, something to break up the norm,” Daegen Michelle said. “However, we've brought some amazing guests/acts and continue to do so. We're inspiring people to come out of their shells and just express who they are, even if it's one night a month.”

“I’m just really proud to be a part of this show,” Daya Betty said. “It’s not everyday a small Midwestern boy gets to feel so special amongst a large group of people, so its my mission to give that love back to the people that come and support. That is what drag is about for me, being able to spread love to as many people as I can.”

Although the night was one of remembrance for the drag show’s growth, it was also a night of celebration. Last week it was announced Crystal Methyd will appear on season 12 of “Rupaul’s Drag Race.” The first episode will premiere on Feb. 28 at 8 p.m. on VH1.