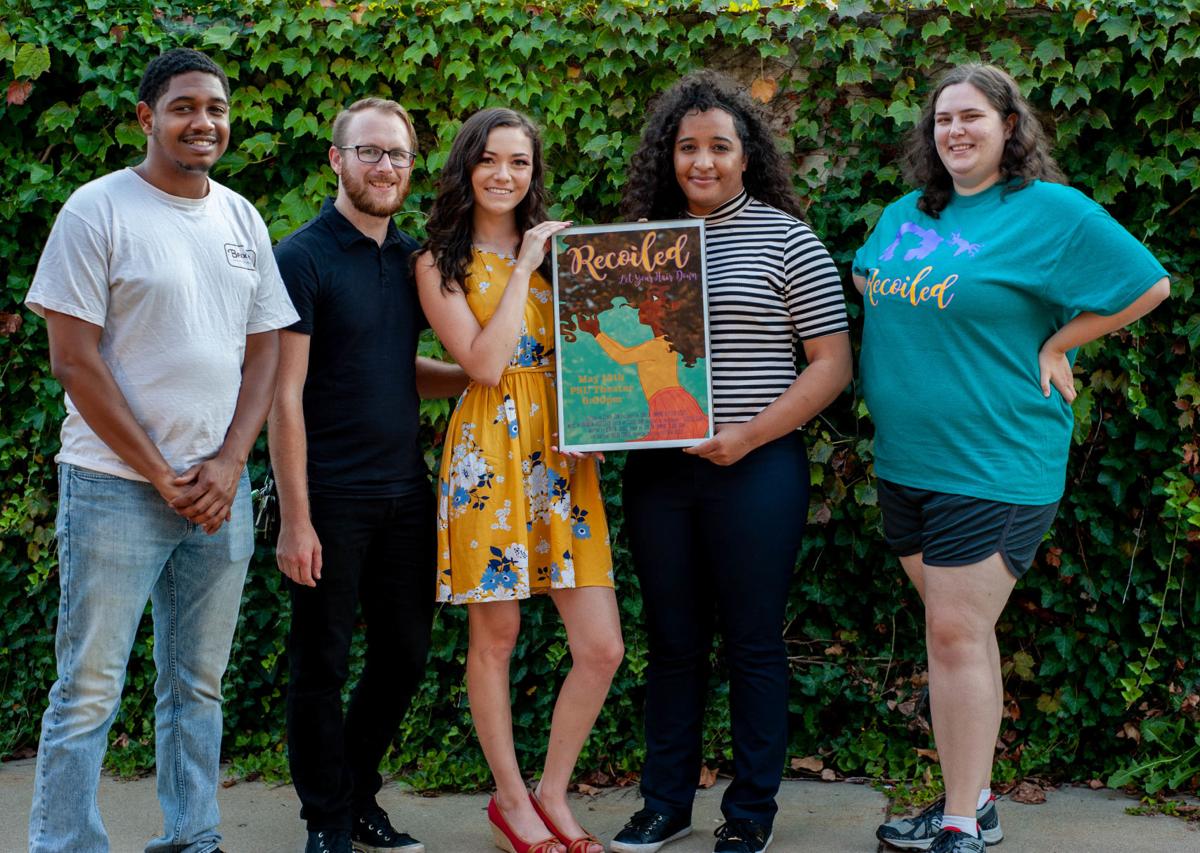 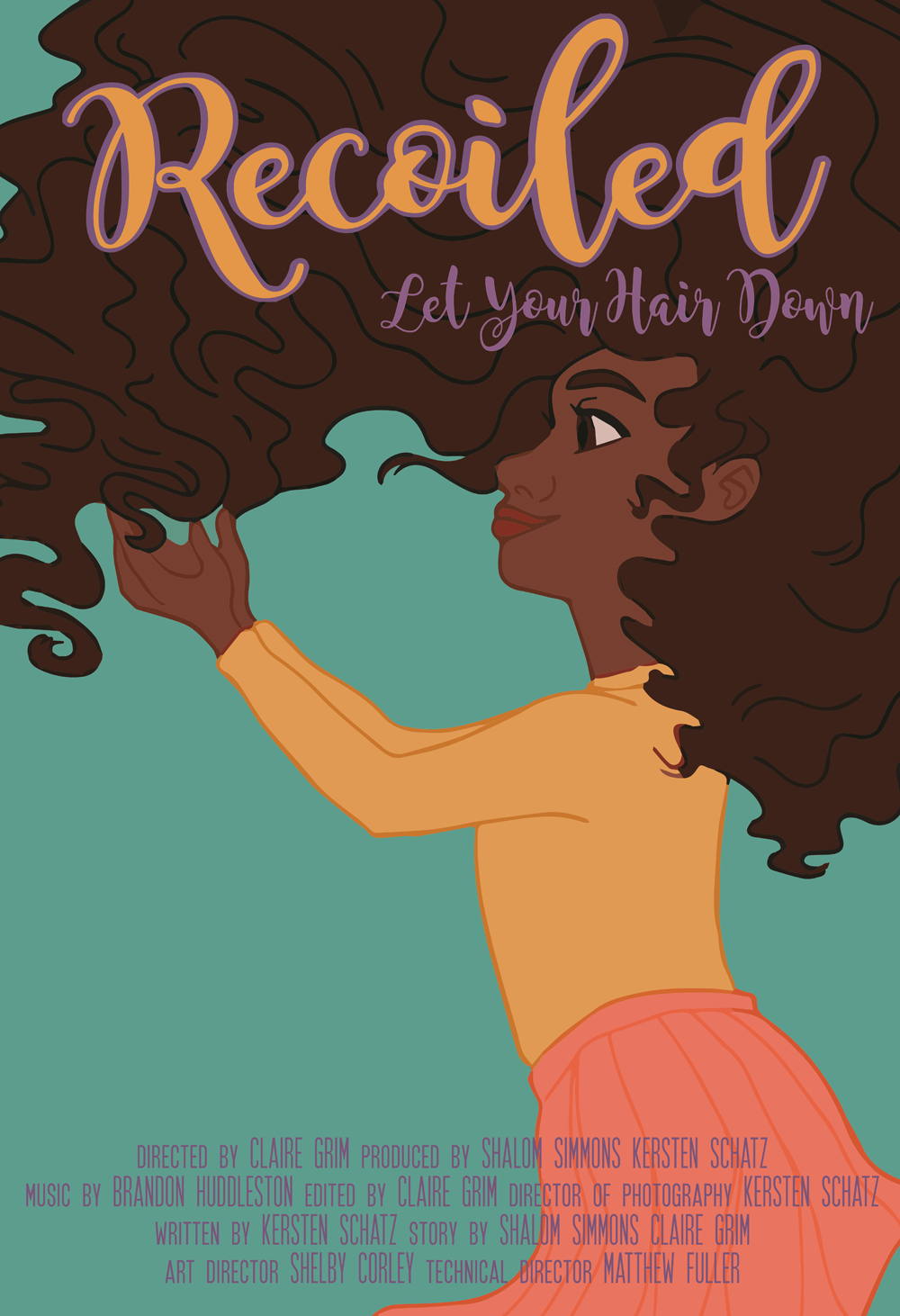 Sleepless nights in the studio fueled by endless cups of coffee became the norm for a group of electronic arts students spending the past year working on their thesis project — a 3D animated short film called “Recoiled.” The film, which received initial skepticism from professors, has received international attention and has been accepted into eight film festivals so far, including the Silicon Valley African Film Festival and 11th International Inter University Film Festival in Bangladesh.

The project’s core group of students consists of electronic arts graduates Claire Grim, Shalom Simmons, Matthew Fuller and Shelby Corely, as well as electronic arts seniors Kersten Schatz and Brandon Huddleston. The six of them wanted to create a 3D animated short, a project that has been attempted by many EA students before but never completed.

The team said seeing previous attempts falter and being advised by professors of the difficulty of the project motivated the group more.

“The fact we got it done is impressive,” Grim, director of the film, said. “You don’t see a full 3D animated short out of a student film often.”

Huddleston, lead sound designer said “it was fate” the group met each other and were able to accomplish the animated short with the help of over 40 other students from inside and outside of the EA program. He described the making of the film as like having to “become like a business.”

Fuller recalled flipping through pages of technical documents and time logs, as well as reaching out to software companies to adapt to technical issues. He said everyone on the team logged more than 20 hours a week on the project on average. Schatz, screenwriter and director of photography, also had to adapt by learning marketing skills to promote the film.

“It’s crazy because a year ago we were being told that this wouldn’t work, this might be hard, this would be difficult, and I think a lot of that really just inspired us,” Huddleston said. “We took it as a challenge and worked harder.”

Simmons, the producer of  “Recoiled,” graduated in May this year from the EA program, and during a brainstorming session, came up with the idea for the film. The story follows character Kalli, a young African American girl, who must learn to love herself as she struggles to accept her hair which plays its own sentient character in the film.

Simmons said the film is centered around being an individual by focusing specifically on the issue of hair, which she says is a big deal in the black community.

Schatz turned the idea into a script, earning a second place award from the Missouri Broadcast Education Association.

Huddleston said his family, especially his niece, loved the film, and he has received phone calls from some of them crying.

“All my nieces and nephews have curly hair,” Huddleston said. “My niece who watched the film loves it because she likes the fact there’s a main character that looks like her. Even adults and parents love it. My uncle loves it because he always has to brush my niece’s hair.  A lot of them say they related to it.”

Throughout the production process, the film was critiqued by skeptical professors. Technical director of “Recoiled,” Fuller said every week the group turned in a script and professors “tore it apart,” until they reached the finished script.

“The scary part about it is the professors have a heavy hand in it,” Grim said. “And if they don’t like it you don’t get greenlit.”

The group underwent a “grueling process” of getting the green light from their professors, Simmons said, but when talking about the process of creating “Recoiled” now, the group was all laughs as they reminisced about the long hours they spent together. Huddleston said looking back, he still isn’t sure how they completed the project.

“While everything in the end did come together, it wasn’t without a lot of blood, sweat and tears from everybody,” Grim said. “This was no easy feat.”

The team said they brought coffee makers and meals to the studio because they spent a majority of their time working on the film.

A typical work day lasted from noon to midnight, and  Simmons said the group knows each other very well because of the long hours they spent working together.

“We definitely bonded through our suffering,” Schatz said.

The group is now helping other electronic arts students pursue producing animated shorts because they understand the challenge of completing a project like “Recoiled.”

“We’re hoping to be pioneers for a slew of animated shorts that go out from MSU,” Simmons said.

The film underwent editing up until a few hours before its first premier at the EA Showcase in May 2019, and when finally viewing the finished 6 terabyte project at the showcase, Grim said she was openly sobbing because of how proud she was of the finished product.

“I’ve had people say ‘That touched me. I saw myself in it,’” Grim said. “Even if just one person is impacted by it, that’s all we wanted to do.”

“Recoiled” will be screening in film festivals around the world, including in Bangladesh where their film made the top 200 out of 14,000 submissions. The group is still waiting for  callbacks from 42 other film festivals.

“It’s kind of a testimony of what everyone can do as a group when you all come together and believe in one thing,” Huddleston said.