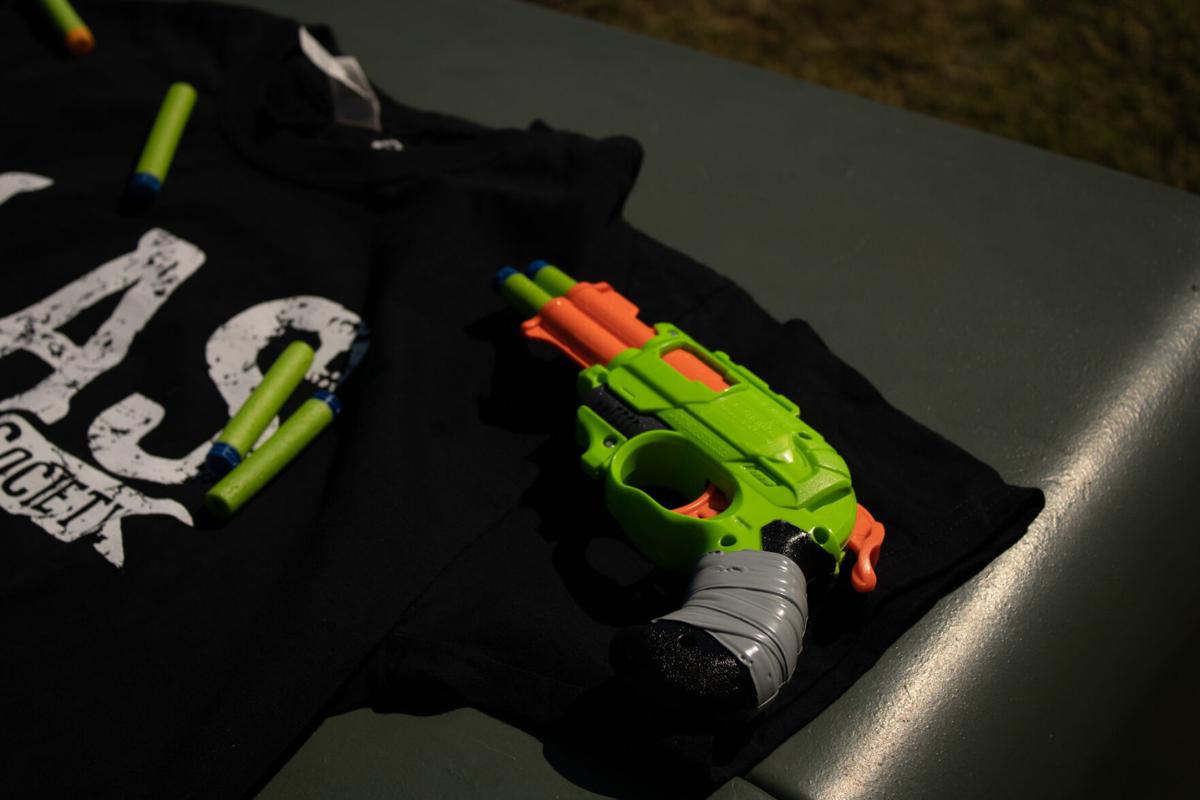 LAS is planning to continue NERF events with some new rules, such as mask requirements when not playing and gloves on when collecting ammunition. 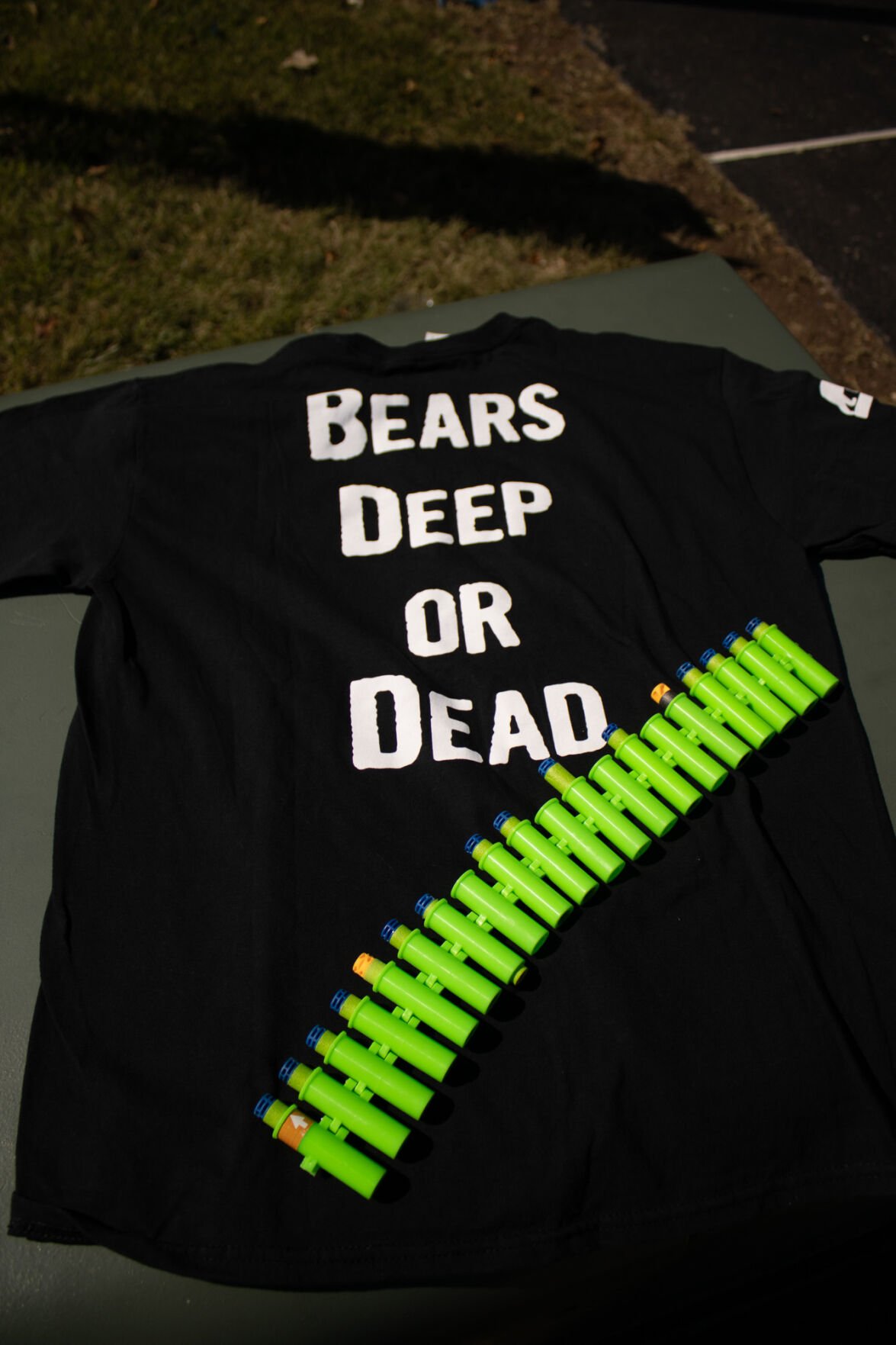 The LAS shirt features a slogan printed on the back.

LAS is planning to continue NERF events with some new rules, such as mask requirements when not playing and gloves on when collecting ammunition.

The LAS shirt features a slogan printed on the back.

Due to the ongoing COVID-19 pandemic, Missouri State University clubs and activities have had to adapt to new guidelines set by state and city health officials. MSU’s Live Action Society has taken this in stride.

The club hosts NERF events throughout the year, playing a variety of games with a variety of blaster types. They also host the Humans vs. Zombies events each year.

Humans vs. Zombies starts with one player as the zombie, and by tagging other players the infection grows. Survivors must make it from class building to building without getting tagged by zombified players. Missions are set up at night to reward players certain advantages, such as another life when tagged.

Dodge said during his freshman year at MSU he organized Nerf battles with his roommates. This eventually led to a boom in numbers so large Dodge started organizing the events through the Student Activities Council.

“There was a pretty strong community where I lived, and we played the Assassin game informally with Nerf guns and mostly spoons,” Dodge said. “More people from other residence halls saw us carrying on and joined us. Numbers kept growing organically, so we decided to organize.”

Assassin is a game where a person is given a specific target to eliminate. When a target is eliminated, the eliminator usually either hunts other targets down randomly or takes the eliminated player’s target as their own.

Games are usually played with NERF guns, but players can also use spoons and rolled up socks to tag out other players.

These games eventually led LAS to form as its own club and continue its yearly events officially on campus.

Of course, when the COVID-19 pandemic hit, the club had to update some of its functions.

The club previously loaned blasters to students without limit, but according to Tom Fyffe, 2020-21 club president and religious studies senior, LAS is discouraging the sharing of blasters to minimize contact spread. However, these loaners are still available alongside hand sanitizer, disinfectant wipes and gloves.

Masks are required when not playing, and gloves are encouraged when collecting ammunition.

Fyffe said LAS’ biggest adaptation was where the games will be held this semester.

“We had changed the plan for our Battle Royale event to be in the enclosed soccer field in Foster Rec, but moved back to Bear Park South for increased social distancing and to increase the number of people able to play,” Fyffe said.

To reach out to the LAS, their official on-campus contact information is here.

Fyffe said they are much more active on Facebook and have also started online gaming to fill in from decreased attendees to physical events. He invited alumni and community members to play online as well.

Currently the Discord has been used to play “Among Us,” a game where players are given tasks to complete before an imposter either kills them all or manages to sabotage the game.

For beginners to NERF guns, Fyffe recommended the Nexus Pro from Adventure Force due to good reviews online, though the type of blaster depends on what dart type the user wants.