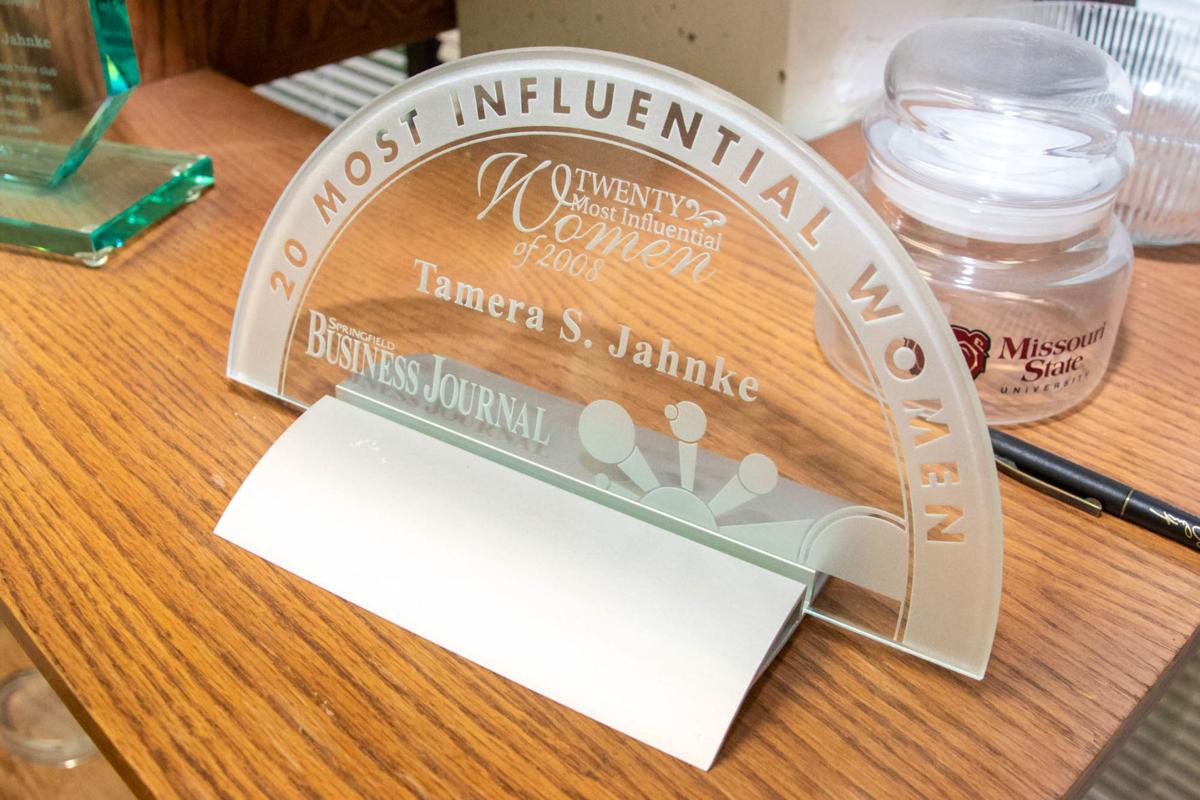 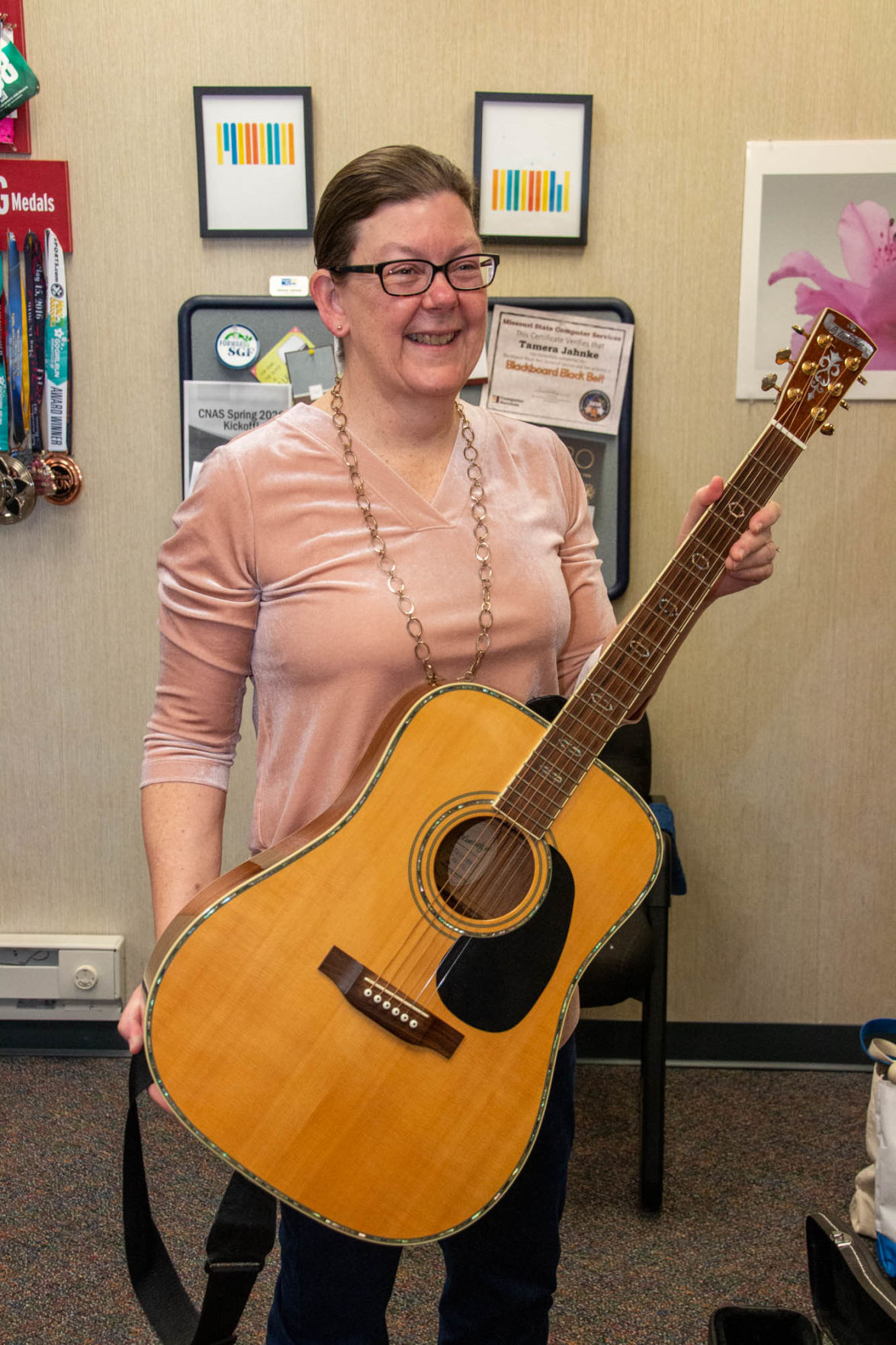 Dr. Tamera Janke, while not conducting research, plays the guitar as a hobby. 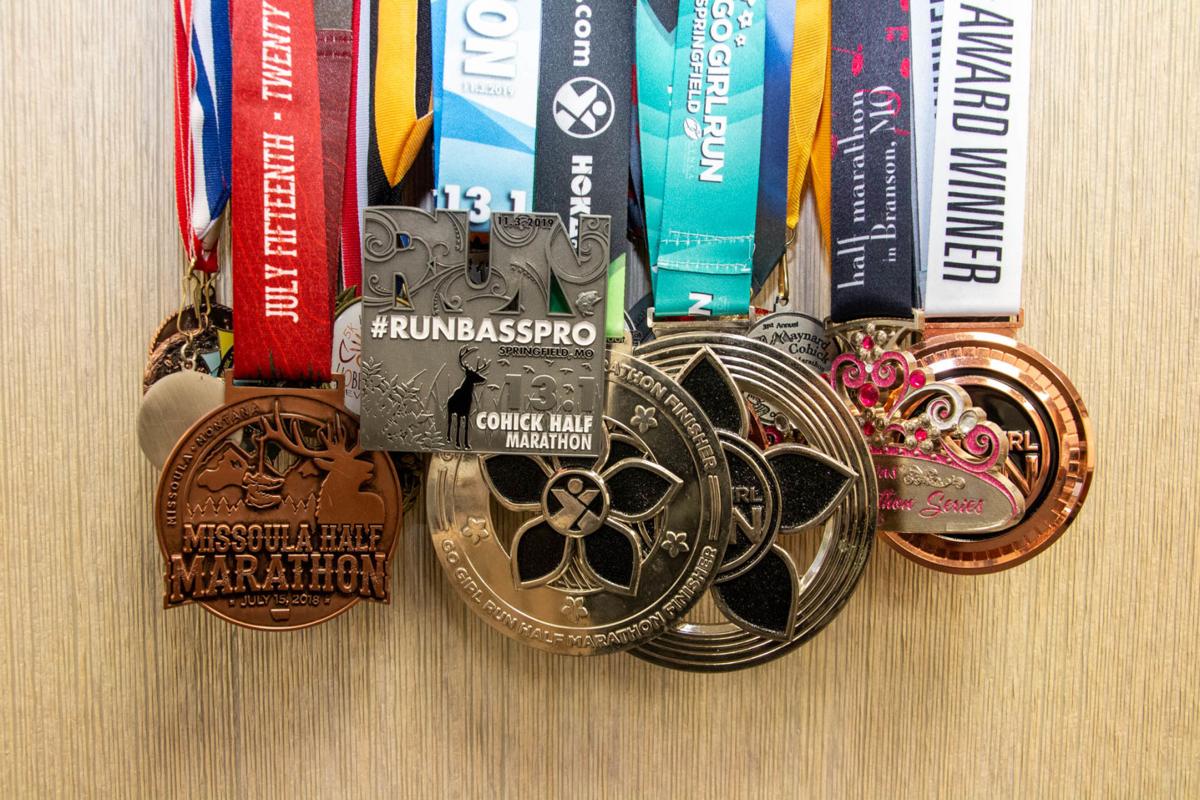 Dr. Tamera Janke, outside of research, runs marathons around the United States.

Dr. Tamera Janke, while not conducting research, plays the guitar as a hobby.

Dr. Tamera Janke, outside of research, runs marathons around the United States.

Some children have dreams of becoming an astronaut or a chef. Dreams can lead children into a career. For Tamera Janke, dean of the College of Natural and Applied Sciences, her dream was to be a chemist. As a woman in a male-dominated field, this has not always been easy.

During International Women’s Month, she said she was proud of the accomplishments she had in the face of adversity.

“I am responsible for the seven departments that report to this office, pretty much all of science, math and engineering,” Janke said.

As dean, she strives to make students and faculty successful at MSU. She more directly works with the faculty; however, she is happy to see students in her office.

“I help to provide appropriate research and teaching facilities for the faculty so that they can teach appropriately,” Janke said.

However, she still tries to teach each semester to keep up with the students directly. She wants people to know she did not randomly get her position. It all started with her teaching.

She started as an assistant professor at Missouri State in 1986. She was promoted through the system and eventually became the department head of chemistry. After that, she moved to the administrative building as a provost, which leads her back to science as a dean.

However, Janke said she did not always want to be in education.

“When I got my bachelor’s chemistry degree I wanted to join a medical school. I applied and did not get in,” Janke said.

After talking with her advisors, she decided to get her masters and then apply again. At the end of her first year of graduate school, she applied again and got in. But, her passions had changed. She loved chemistry now more than ever and decided to not go.

As a graduate student, she was a teaching assistant, which helped her decide she wanted to be a teacher full time.

When she got her degree and became a teacher, she was a woman in a field led by men.

“My research advisor had a conversation with me, as I was finishing my Ph.D. and waiting to come to MSU,” Janke said. “He said I should wait to have children until I get tenure.”

Janke laughed and said, “Which I did not listen to.”

“Fight your way through it,” Janke said. “I guess I am a fighter.”

Her determination has led her to make some original contributions to the field of organic chemistry. She has worked with many chemicals to help create new compounds.

Her main work was with pharmaceuticals to help create new drugs for diabetics and AIDS victims. Compounds were created but never went to testing.

When she is not doing research, she is still dean; part of that is to recruit new students to the university. As a woman, she tries to get young females on campus.

“For the last 20 years, we have had a program where we bring middle school girls to campus in the fall to look at the College of Natural and Applied Science and the College of Health and Human Services,” Janke said.

The U.S. also has a Science Olympiad program that middle and high schoolers are involved in. Missouri State hosts this region’s competition. Each year Janke speaks to the students and tries to inspire them to join science.

One of the messages she portrays involves getting bad grades. If you fail a test, that is not the end of your journey, she says. She's noticed female students tend to think that it is.

Her response is, “Learn from those experiences and persist.”

She acknowledges there are some things that students will need to know for the test. For example, as a student when she took organic chemistry she failed one of her tests.

This led her to believe that she would be a terrible chemist. However, she learned that was not the case. That one test has not determined her career.

Regardless of gender or race, Janke wants students to know they never should stop learning.

A cumulonimbus cloud forms on the last day of recording breaking storms for May. Read more