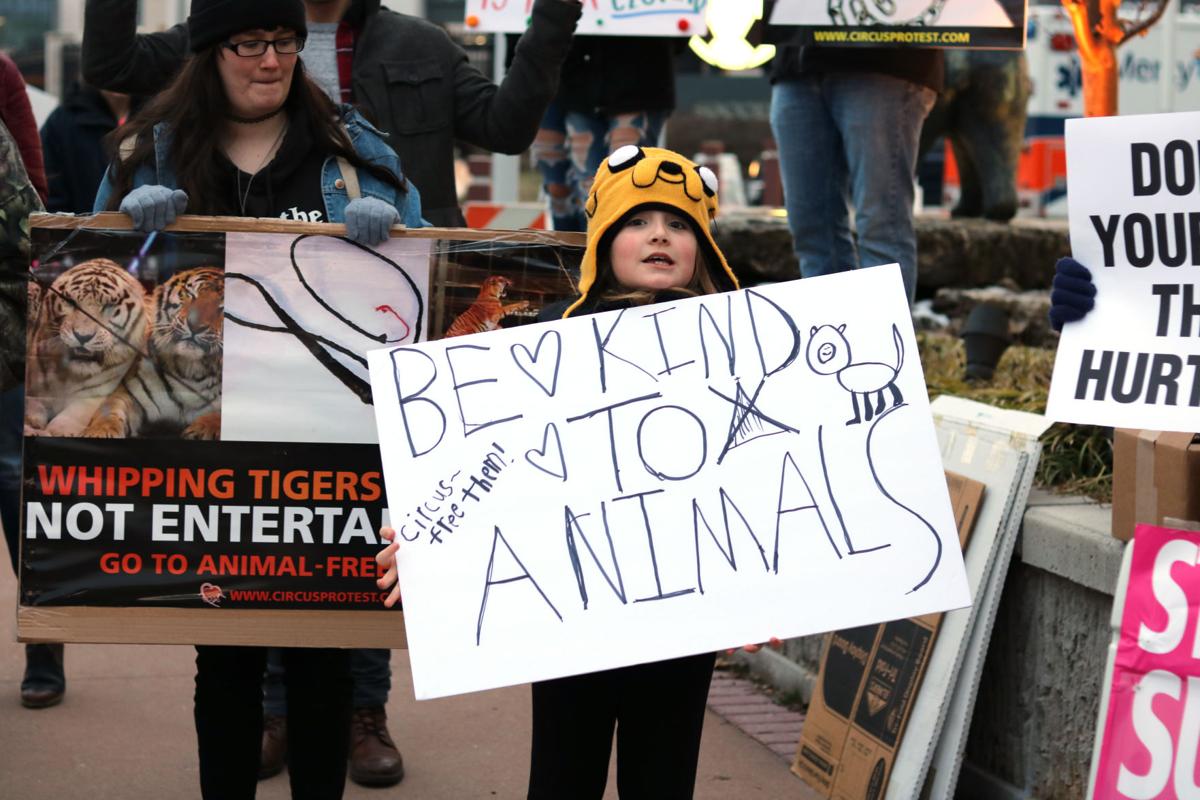 A young girl attending the circus protest on Feb. 7 stands holding her sign outside the front doors of JQH Arena. Dozens of other protesters surrounded her, advocating for animal rights. 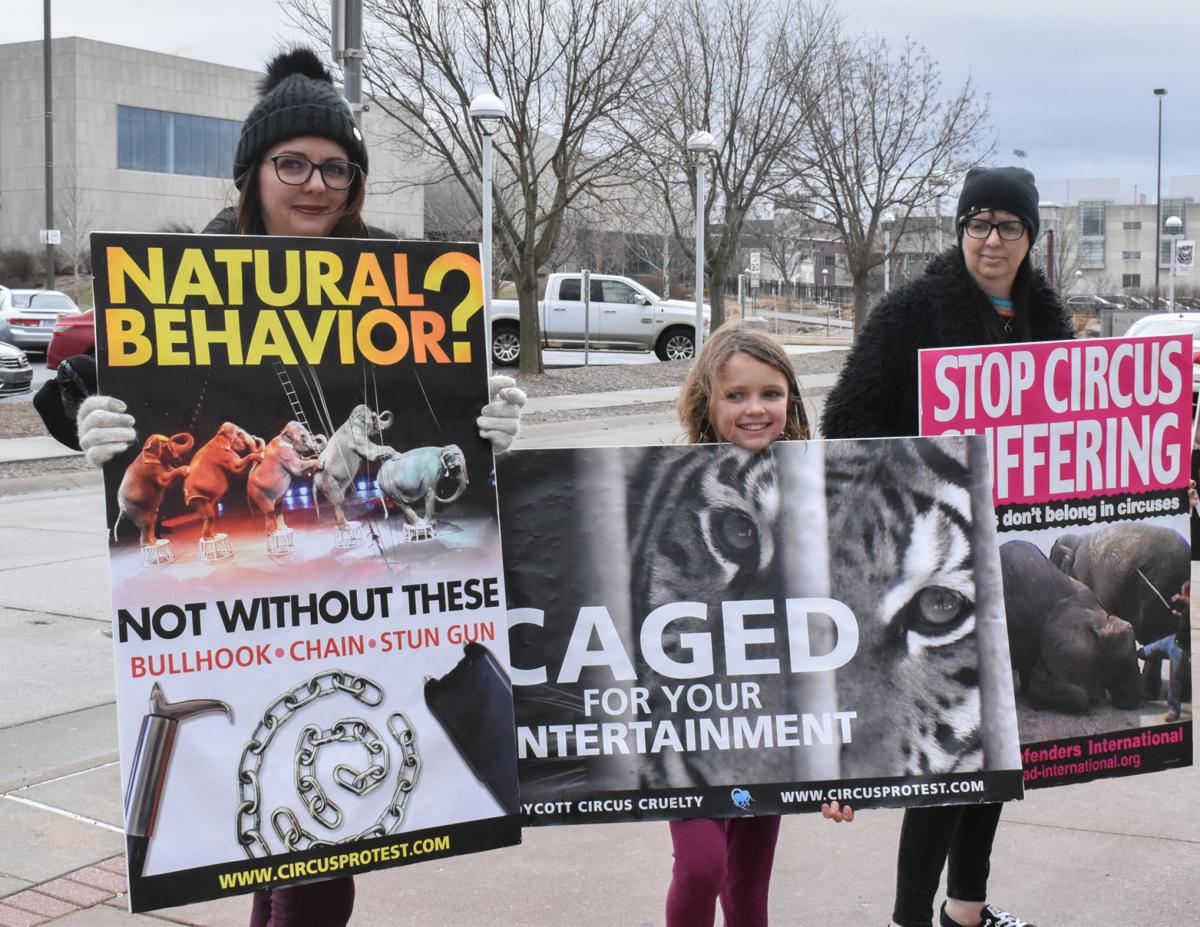 Springfield residents of all ages take a stand and protest the local circus. The Carden Circus Spectacular took place in JQH Arena on February 7th, 8th and 9th.

A young girl attending the circus protest on Feb. 7 stands holding her sign outside the front doors of JQH Arena. Dozens of other protesters surrounded her, advocating for animal rights.

Springfield residents of all ages take a stand and protest the local circus. The Carden Circus Spectacular took place in JQH Arena on February 7th, 8th and 9th.

Elephants, camels and protests, oh my!

Missouri State University’s JQH Arena welcomed the Carden International Circus Spectacular, which caused a great uproar from humans and tigers alike. Children can find great joy in the sights and sounds; however, many critics say the cost of this joy is not worth it.

People for the Ethical Treatment of Animals (PETA) claim the Carden circus has many United States Department of Agriculture violations. Most recently on mediapeta.com, they cite in February of 2017 that the USDA report found “a camel named Emmett had a 3-inch-long laceration on his right hind leg.” They continue explaining that the wound was never treated.

This gives protesters like Jessica Albright fuel to fight for animal rights. Albright, the organizer of the protest, has led the demonstration for four years.

“We’re here to give a voice to the voiceless,” Albright said. “All the protesters are coming out united to speak against animal cruelty.”

Albright said she doesn’t think all circuses are bad. She said she thinks there should be circuses, just not ones with animal abuse.

“They have rights too,” Albright said.

The protest was not just college students. Animal activists young and old were at the event. A young girl, Greta, was at the protest. She said she became passionate about animals since she saw a cartoon of the Grinch being mean to puppies. “Circuses are mean to other animals like elephants and tigers,” she said. She told her parents she wanted to protest after that moment.

There were nearly 35 protesters including representatives from the university. Alyssa Anger, president of the animal rights club at MSU, was participating in the protest as it is part of the club’s agenda.

“Animal rights club does a lot to try and make the lives of animals better,” Anger said.

However, Carden International Circus has a contrasting opinion with the protesters outside of the event. Brett Carden, son of the owner George Carden, denied claims of animal abuse. But he did think that the protestors have a right to protest as it has not hurt the business.

When Brett was asked for a response regarding the USDA violations, he said, “without seeing what you read I cannot make a comment.” However, he said the general animal abuse claims were not true.

He said Cardens Circus has elephants that are more than 60 years old.

Regardless of the claims of animal abuse, there were many attendees at the event.

The opening show had tickets with lower prices than the other showings. Many families brought their children to see the exotic animals, including Ahmed Robbie. This was the Robbie family’s first trip to a circus.

Robbie said that both sides are equally important.

“The protestors outside do have a point,” Robbie said. “Animal rights are an important issue.”

But, he said he thought the circus was doing good by providing entertainment for the community.