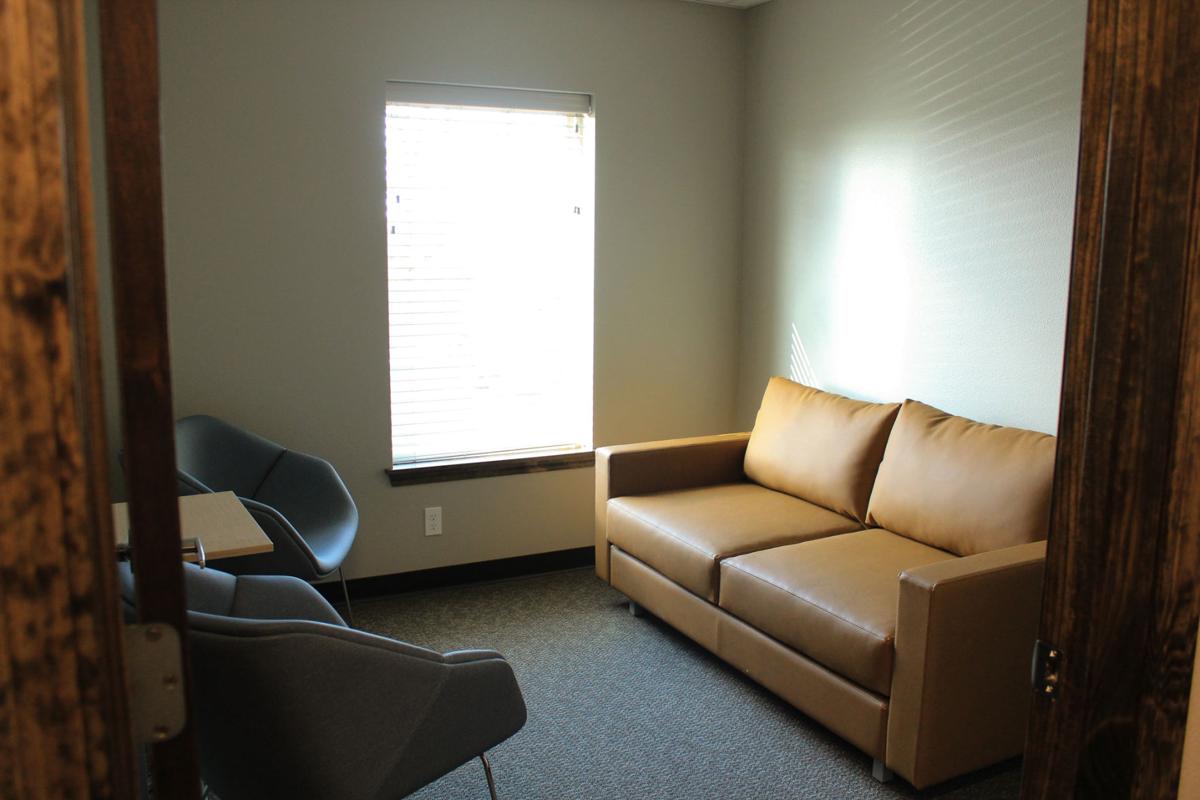 The Good Samaritan Boys Ranch has recently opened a new apartment complex at 422 E. Norton Rd. The complex is for young men who age out of foster care. 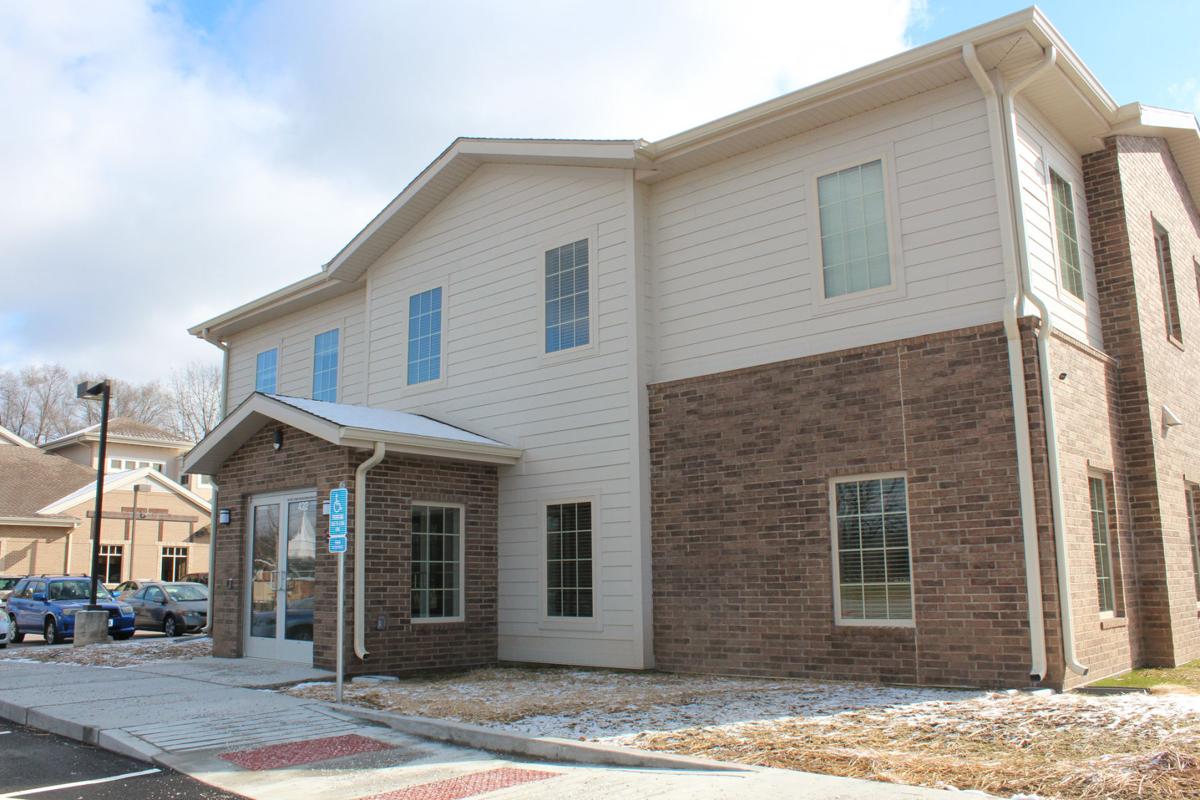 The Good Samaritan Boys Ranch recently opened a new apartment complex. The complex is for young men who age out of foster care.

The Good Samaritan Boys Ranch has recently opened a new apartment complex at 422 E. Norton Rd. The complex is for young men who age out of foster care.

The Good Samaritan Boys Ranch recently opened a new apartment complex. The complex is for young men who age out of foster care.

The Good Samaritan Boys Ranch, located in Brighton, was founded in 1959 by Reverend Bob Johnson of Springfield, Missouri. The ranch provides various group homes and rehabilitative care for boys ages 10-18. Despite receiving the help they needed in the present, boys were deprived of the forward-thinking skills necessary to shape their futures, according to Casey Wray, president of the ranch.

As a solution, the assisted living apartment complex Footsteps was created by the ranch for boys ages 16-18. The program was initiated as an investment into the future, providing foster kids with a safe haven and bridging the gap between childhood and adulthood.

“This apartment for most will be a second stop,” Wray said. “It’s a short term stay, three to six months. And then after that, we hope they can get a community based apartment somewhere. If they’re going to Missouri State University or they’re going to Ozarks Technical Community College or they’ve got a job somewhere, we find the apartment with them.”

According to Wray, the new apartments are often selected six months prior to release from care.

“We release it, we pay the bills, we furnish it for them, we do all of that,” Wray said. “And when they’re ready, we get the lease into their name. And they prepare to exit care when they’re feeling ready and comfortable to do so.”

This particular program did not receive funding until later down the line.

“It’s only probably been the past 10 years that federally and statewide they have started placing more of an emphasis on kids aging out of foster care,” Wray said. “They started finding research that showed the potential for kids in foster care to end up homeless or in prison.”

Based on Foster Care to Success, America’s college fund for foster youth, less than 10 percent of foster kids finish college. However, with the support of this fund and others like it, success rates seemingly skyrocket: 65 percent graduate within five years,  a higher percentage than the general U.S. population.

According to Wray, the ranch can afford to hire more staff and provide a more versatile environment to cater to individualized needs. As a result, there is an abundance of support, whether emotional or physical.

“In the past, you would find an apartment community, you’d rent it, and then you wouldn’t see the kid for a couple of months and hope they were OK,” Wray said. “So now, we really built in a continuum of support.”

In some cases, reminders of past trauma can hinder a teenager from entering the provided apartments and becoming a productive member of society. When this occurs, they can backtrack and return to the ranch.

“We really tailor our approach to the individual kid and their needs, because you might have a kid that’s academically ready, but they’re not emotionally ready,” said Robert Hansen, department program coordinator.

When it comes to the final stage of apartment living, some teenagers are set loose prematurely, overlooking any prospect of real world consequences.

“In their mind, because they’re so steadfast, they’re ready to take on the world, but in reality, they’ve hardly operated a stove on their own, or they have no idea what a lease is,” Hansen said. “You want to take the kid where they’re at, and kind of find out what’s left on the plate for them to learn and then go from there. Never assume what a kid knows and doesn’t know.”

When it comes to higher education, foster students are eligible for state-funded Pell Grants.

“Most of our boys attend Hillcrest High School, and then if they decide on college, they can apply for these grants and get a full ride,” Wray said. “There are also funds allocated for crises like the Chafee Fund, which helps pay for food, books and can even be used towards a flat tire. They are available up to the age of 26.”

Aside from the abundance of scholarship offers, life is relatively normal in Footsteps, Hansen said.

The residents get up for work, they go to school, they have restrictions on how long they can stay up playing Xbox and some go to therapy. Independent living classes are utilized, which teaches the boys budgeting, banking and other life skills.

In other words, every moment is a teaching moment, according to Wray.

“We had a kid call us from across the street in his apartment to ask how to make biscuits and gravy, which was so cute,” Wray said.

In regards to this, other valuable life skills include proper communication, which was instilled into their minds after a military recruiter came to the door.

“One time this kid came running towards us in tears,” Wray said. “He told us there was an army recruiter at the door and he thought he may have accidentally joined the military. He said, ‘I filled out the form but I just wanted the free shirt.’

“In the end, he got the shirt and didn’t have to join the army. But he learned to take responsibility and have those tough conversations to solve the issues.”

When discussing the potential for expansion of the program, Wray said he sees no need, due to the surplus of public transportation, higher education and job opportunities Springfield provides.

“You can’t throw a rock without hitting a college,” Wray said. “And there are a lot of vocational opportunities if college isn’t preferable for some, like truck driving and welding.”

Hansen and Wray both said if they could change anything, they’d want to create a temporary shelter for those who have left the foster care system and just need a short while to get back on their feet, without going through the tedious reentry process.

After people exit foster care, they can only reenter one more time. Therefore, a complete lock-out could be prevented.

“If they petition to no longer be in foster care, we want to buy them extra time to stay with us if their plans don’t work out or if they need to wait on their buddy’s place to open up,” Hansen said.

Aside from the adversities of foster care, there are numerous moments of validation and pride.

“Our mantra is ‘once our kid, always our kid,’” Wray said. “So any kids that come into our program, we send them care packages and still support them in whatever ways we can, even once they’ve aged out.”