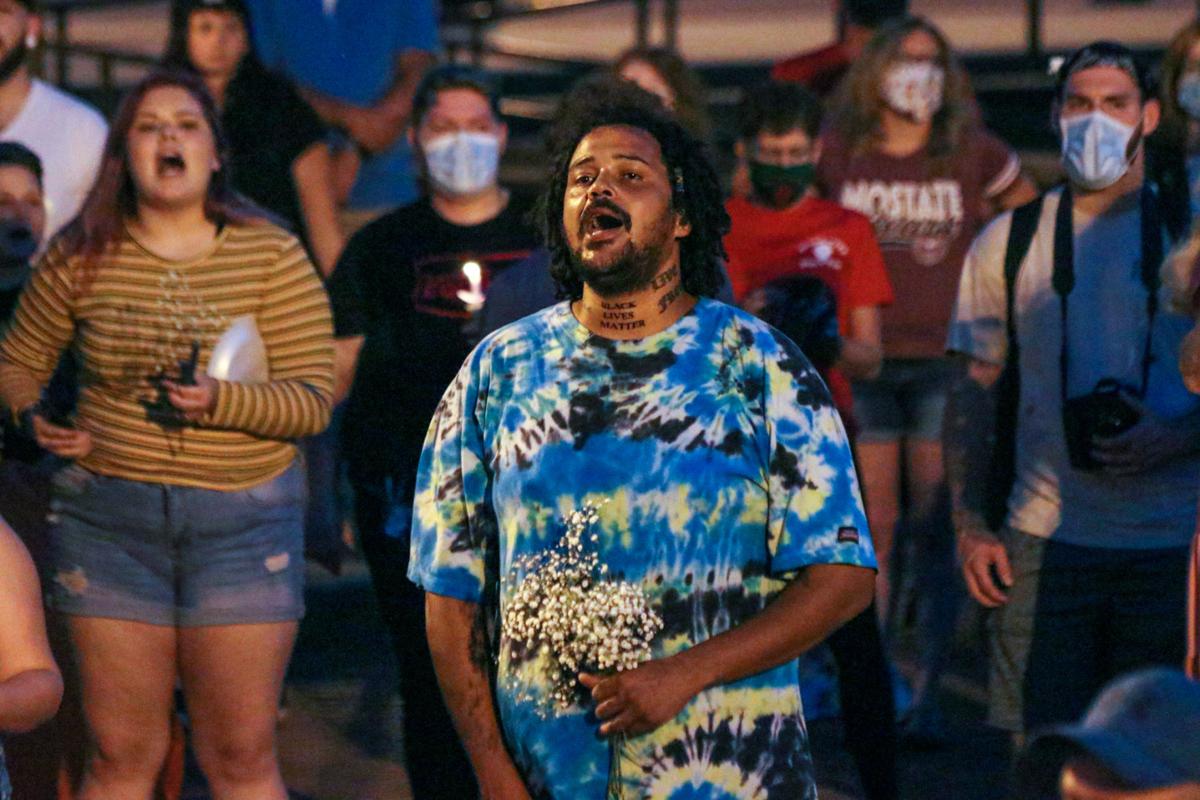 Christopher Clay chants out in unison with hundreds of other community members during the candlelight vigil in honor of George Floyd Saturday evening at Park Central Square. The vigil, which began at 9 p.m., started with a variety of chants, then was followed by the releasing of paper sky lanterns and lighting of candles. 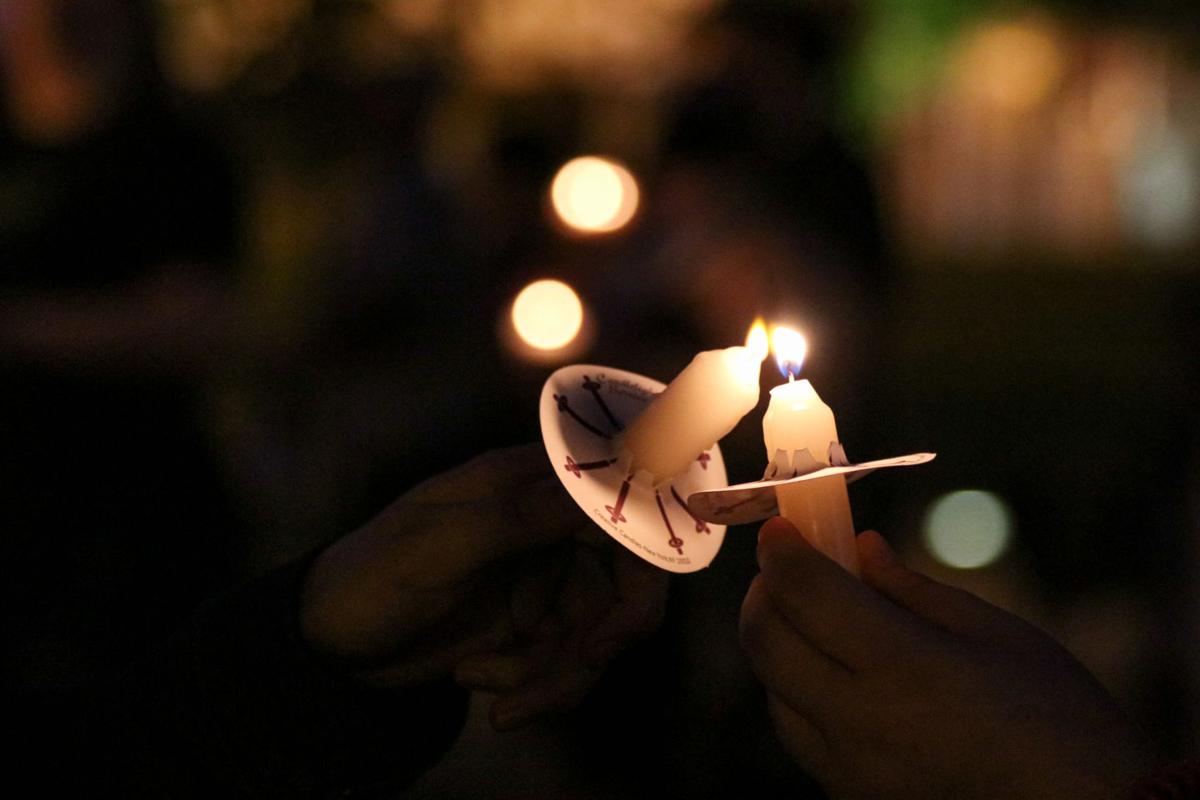 A community member lights another’s candlestick during the candlelight vigil in honor of George Floyd Saturday night at Park Central Square. Hundreds of community members attended the vigil in remembrance of Floyd, who was killed by a Minneapolis police officer on Monday, May 25. 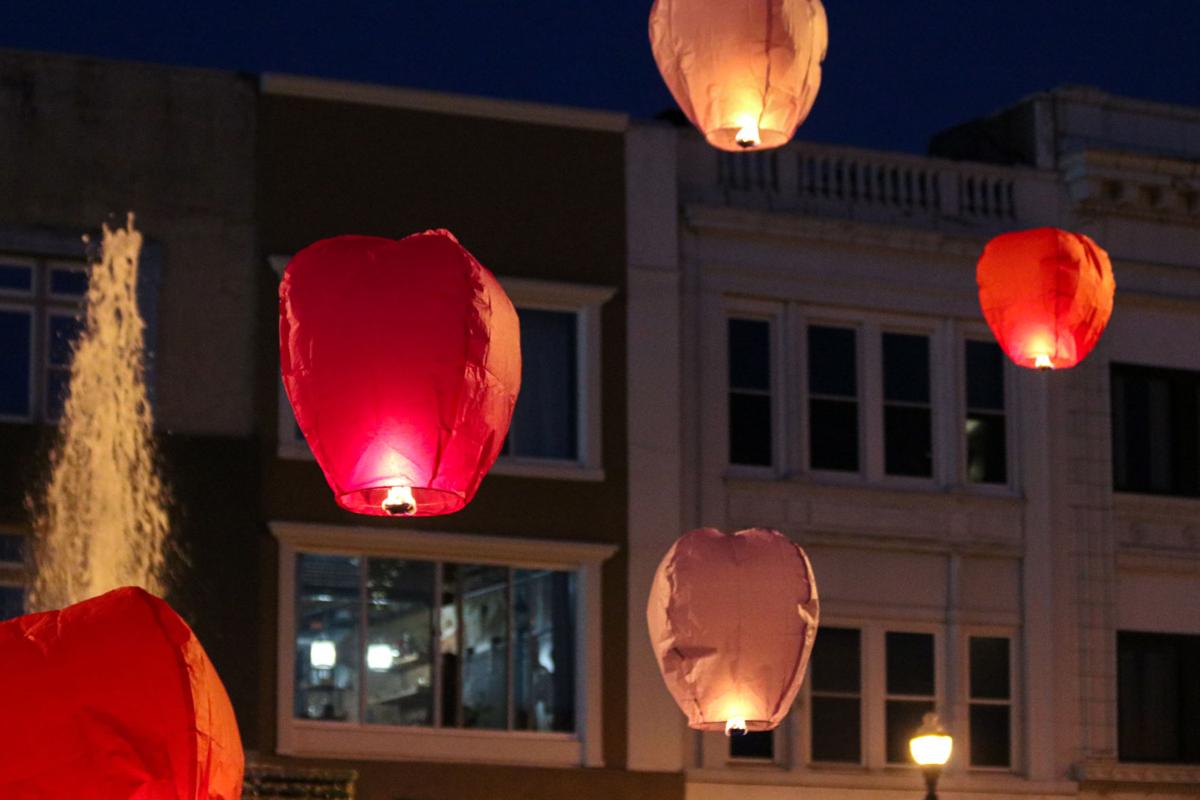 Paper sky lanterns float up into the night sky after being released by Springfield community members during the candlelight vigil in honor of George Floyd Saturday night at Park Central Square. Floyd, an African American man, was killed by a Minneapolis police officer on Monday, May 25. For the last two weeks, protests and memorials have been held across the country in honor of Floyd and all other people of color who lost their lives to police brutality. 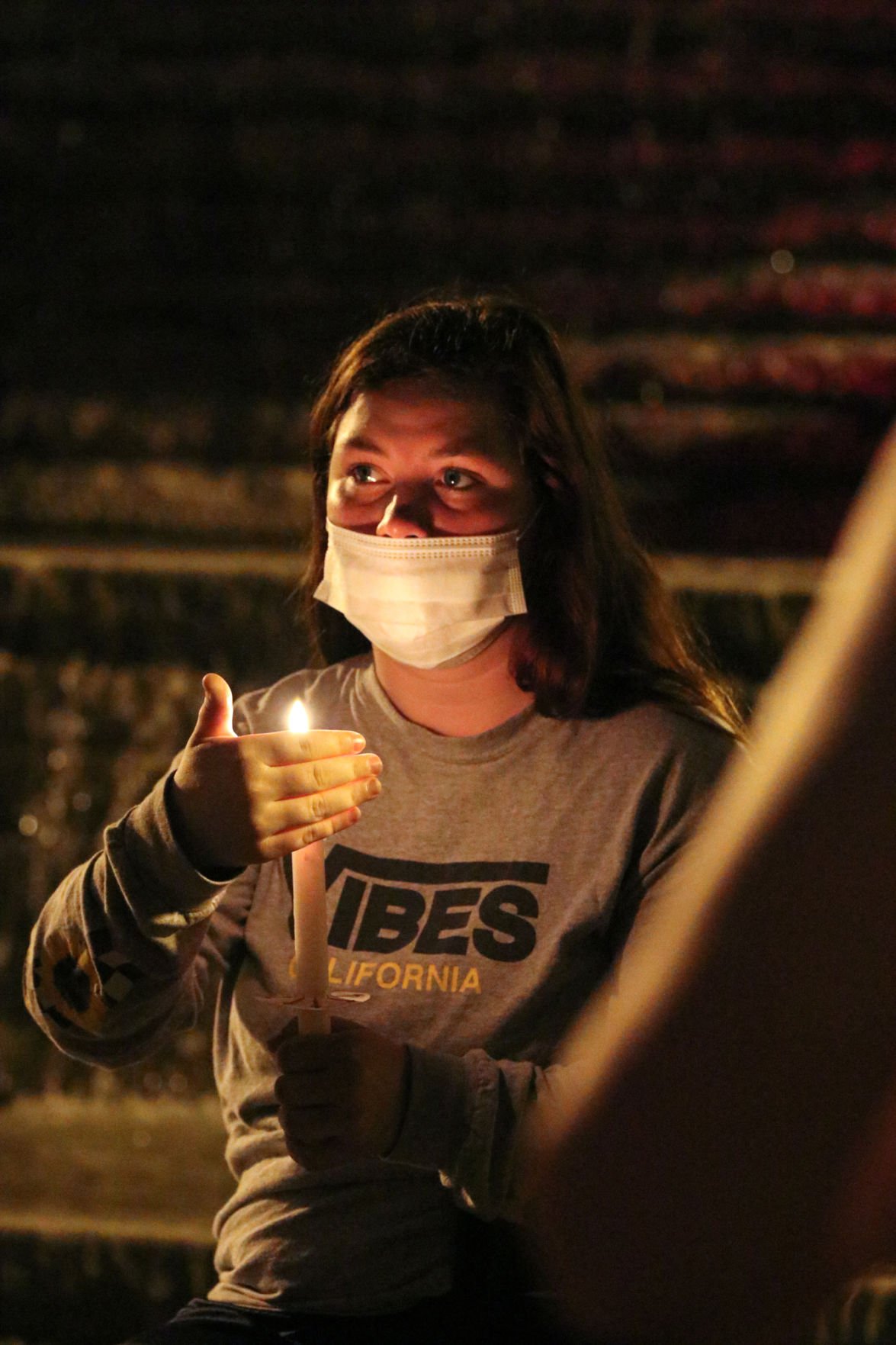 A young community member protects her candle from the wind during the candlelight vigil in honor of George Floyd on Saturday at Park Central Square. Hundreds gathered at the square around 9 p.m. in remembrance of Floyd, a Minneapolis man who was killed by a police officer, and all other people of color who have lost their lives due to police brutality.

The candlelight vigil saw people come together in solidarity to mourn not only George Floyd, who was killed by a Minneapolis police officer two weeks ago today but also all of those who had been killed due to police brutality. Names mentioned included the recent Breonna Taylor, who was killed during a police raid when officers entered the wrong home, to Trayvon Martin, whose murder began the Black Lives Matter movement in 2013.

Co-coordinator and primary speaker at the event, Jordan Whitaker, stood on the base of the fountain, guiding the crowd to get candles and paper sky lanterns and leading them in chants.

“This is something we are doing to be at peace and at one with everybody,” Whitaker said. “We’re out here to come together as a community, to commemorate and mourn all of those who have been lost to police brutality.”

As the sun set, people released paper sky lanterns, which were provided. As the last one set off, the crowd erupted in cheering.

An organizer for the first George Floyd protest, May 29 in downtown Springfield, Isaiah Burnette, was in attendance and among the first to go up and speak to the crowd.

“Just a few days ago I was pulled over, and I started to fear what might happen,” Burnette said. “It’s messed up that I feel that way. Not one of us deserves to feel that way.”

Dmitri Trujillo, a Missouri State graduate, was present for the candlelight vigil, as well as nearly all of the previous police brutality protests in Springfield during the past couple of weeks, including Saturday, June 6, when he ran a hydration station.

“Yesterday’s protest was very peaceful but powerful in the sense that so many people were there to call for change,” Trujillo said at the vigil. “This (candle lighting) feels like there is a lot of love, and it helps us realize that we as a community are ready for that change.”

Towards the end of the event, community members were encouraged to join Whitaker on the fountain to share their experiences and thoughts.

“George Floyd was not the wakeup call,” Whitaker said. “He was the one that broke that barrier of tolerance, and now none of us can sleep on this problem anymore.”