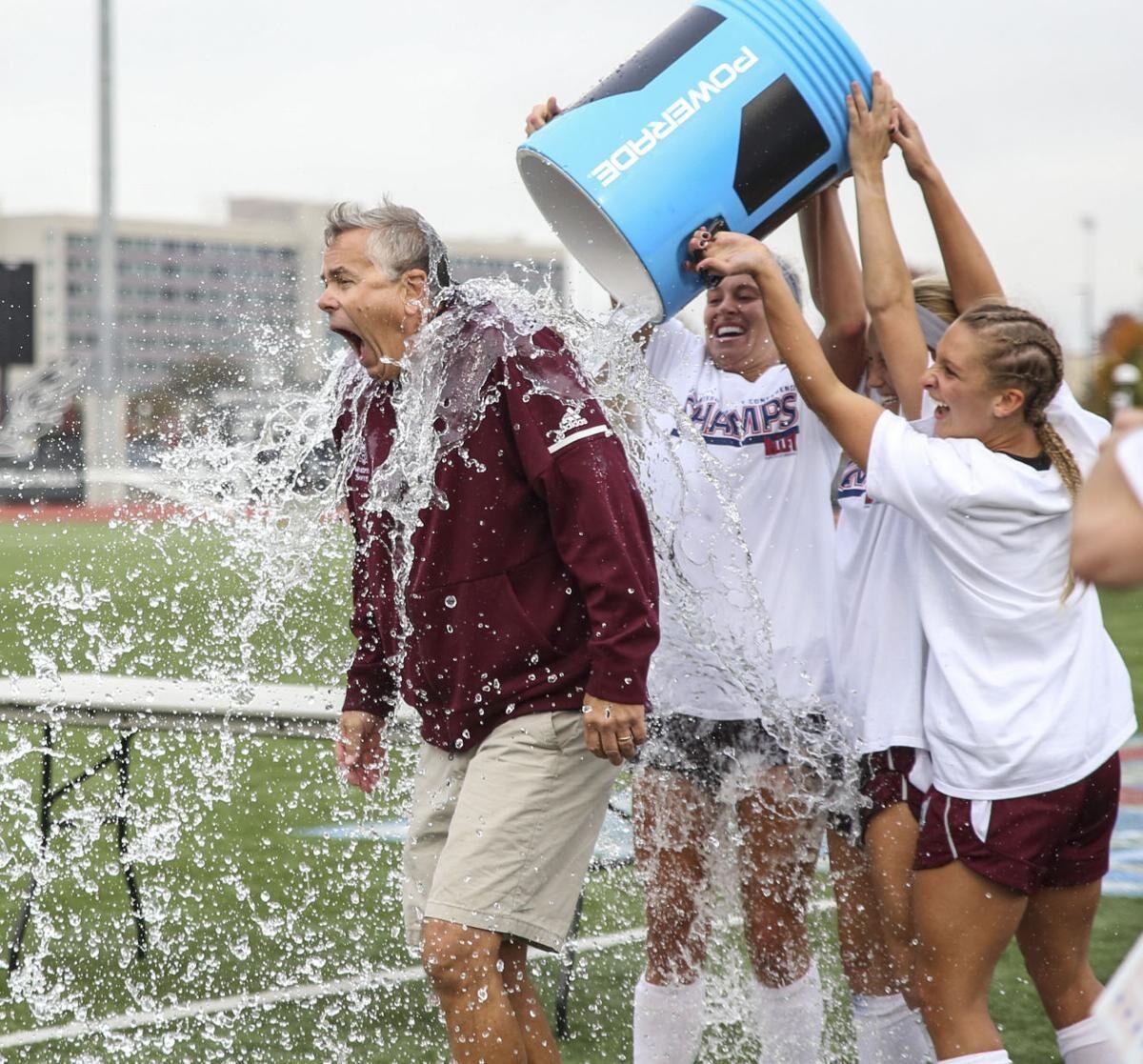 Former women's soccer coach Rob Brewer gets a cooler bath from his players after winning the 2017 Missouri Valley Conference championship. 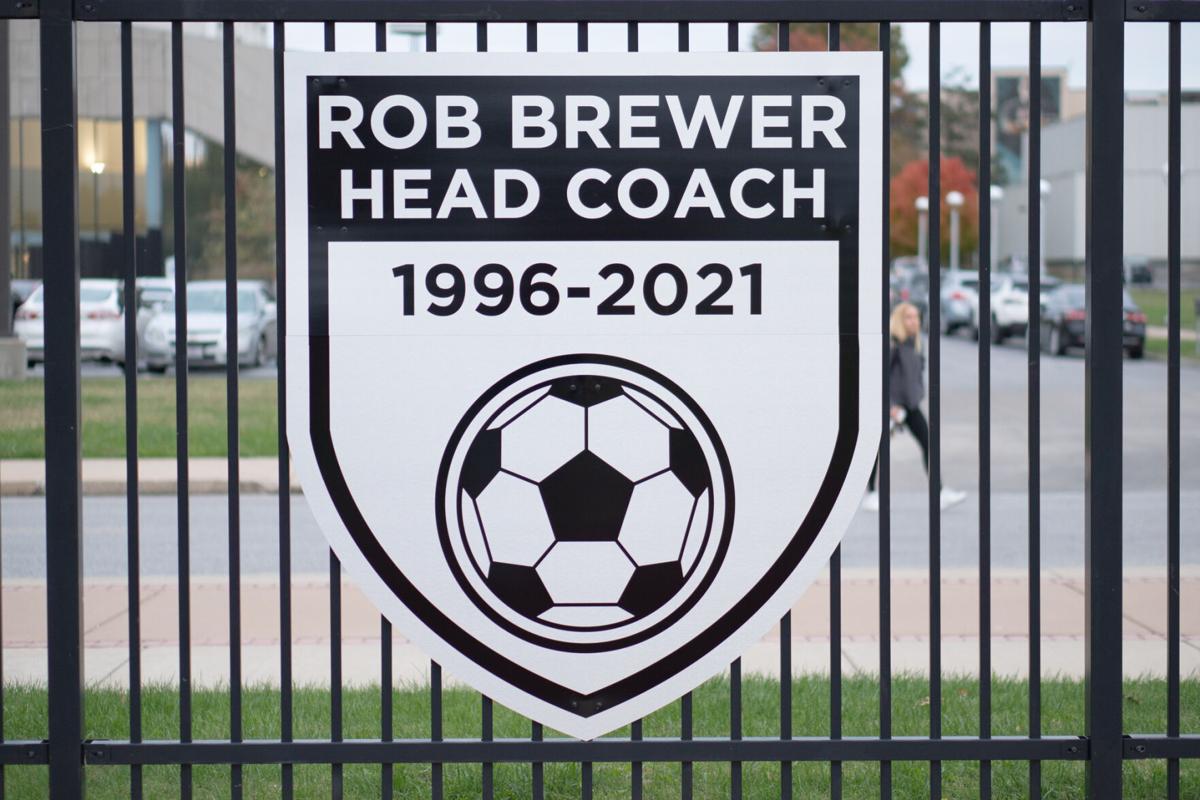 Rob Brewer, Former Head Coach of Women's Soccer, receives a plaque at Betty & Bobby South Stadium. Brewer was Head Coach for over 20 years and has been the team's only head coach, beginning his career along with the inception of the team in 1996.

Former women's soccer coach Rob Brewer gets a cooler bath from his players after winning the 2017 Missouri Valley Conference championship.

Rob Brewer, Former Head Coach of Women's Soccer, receives a plaque at Betty & Bobby South Stadium. Brewer was Head Coach for over 20 years and has been the team's only head coach, beginning his career along with the inception of the team in 1996.

They say that all good things must come to an end and after 26 seasons, Lady Bears soccer head coach Rob Brewer says goodbye.

Brewer came to Missouri State in 1996 and was the first, and only, coach the program has ever had.

Throughout his 26 seasons as head coach, Brewer’s squads were able to make an appearance in the Missouri Valley Conference championship game 22 times.

This season came to an unfortunate end in October during a 0-0 tie match against the Evansville Aces, leaving the Lady Bears with a 5-7-5 record and below the mark to make the MVC tournament.

The Bears also played in the semifinals of the MVC tournament but fell to the Illinois State Redbirds in a 4-3 overtime.

The next season came with difficulties of its own. Aside from soccer, the dreaded COVID-19 pandemic reared its ugly head.

“Last year was a difficult year for me because what I value so much about the job is the interaction with players,” Brewer said. “We got to a point where players were not allowed in the office.”

Brewer and the Lady Bears were able to persevere through the spring season with a 4-7-2 record.

Something that was very apparent with this team was that Brewer was very passionate about his players.

“I am going to miss the players,” Brewer said. “I'm going to be around and come back and watch them play, but they won’t be my players anymore.”

While cleaning out his office, Brewer said some things that struck him were finding thank you notes, postcards and pictures from past players and that it was very heartwarming.

Brewer announced his retirement to his players after their last preseason practice.

“I wanted what I thought would be a normal soccer season, and this was pretty close but there are things that are different and I just think my time has come,” Brewer said. “I think there is a great future ahead of this university and likewise the soccer program.”

“I certainly want to acknowledge all the good work he’s done with our teams over the years,” Moats said at Missouri State’s basketball media day. “(26 years) is a long time to be in one spot. And I think we’ve pretty good here about people that do the right thing and succeed — you can stay for a while. I think there’s a lot about our university and this community that people want to stay.”

The next big thing coming up for Brewer is becoming a grandfather. His daughter and former Lady Bear soccer player, Molly is expecting.

“I am looking forward to (becoming a grandfather),” Brewer said. “I have changed a diaper or two in my day.”

Brewer looks to be excited for retirement and for the next steps in his life.

A new head coach has not been announced for the team, and the job posting is still open on Missouri State's employment website.