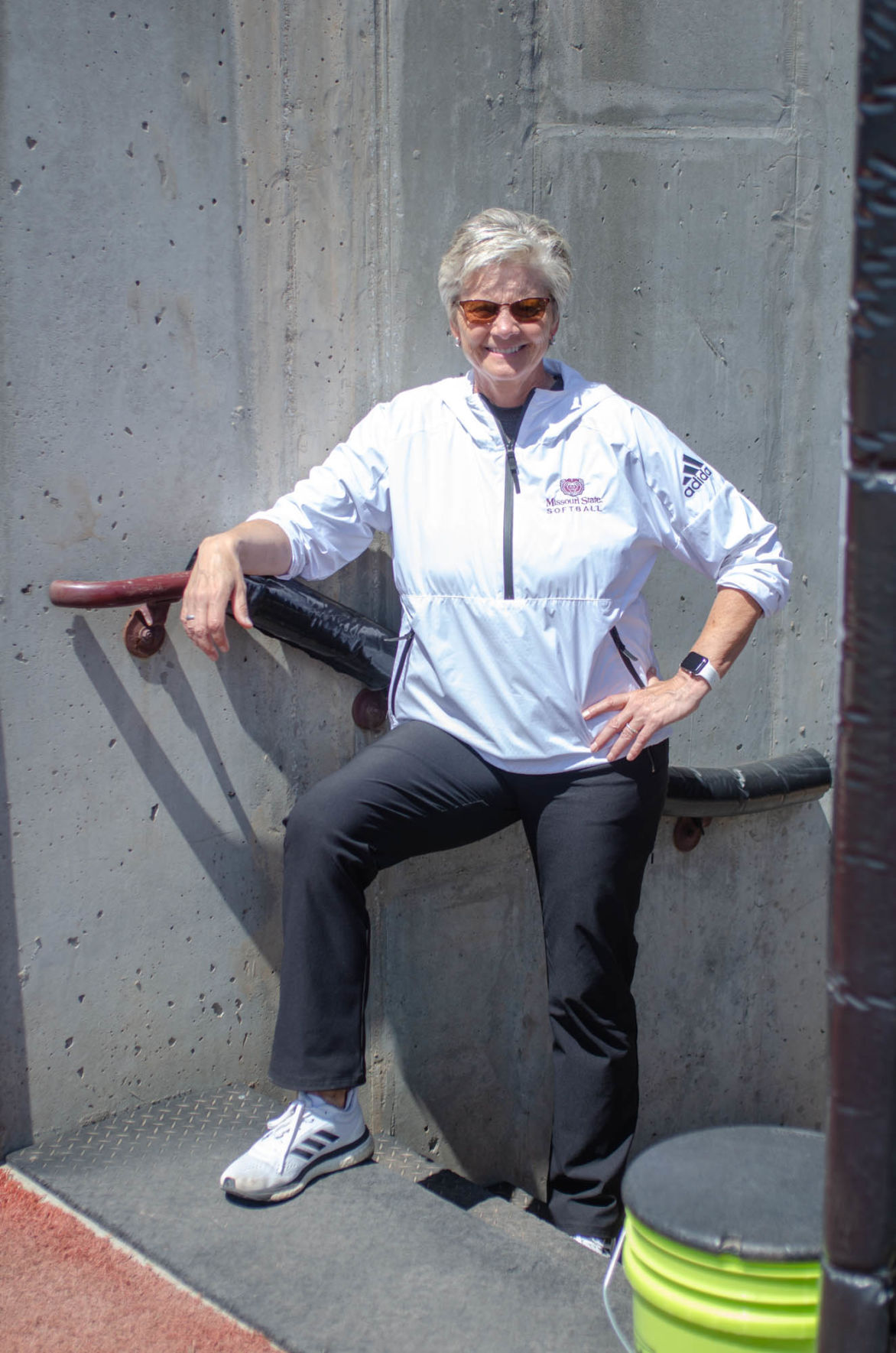 Holly Hesse is in her 31st season as the Bears' head coach. 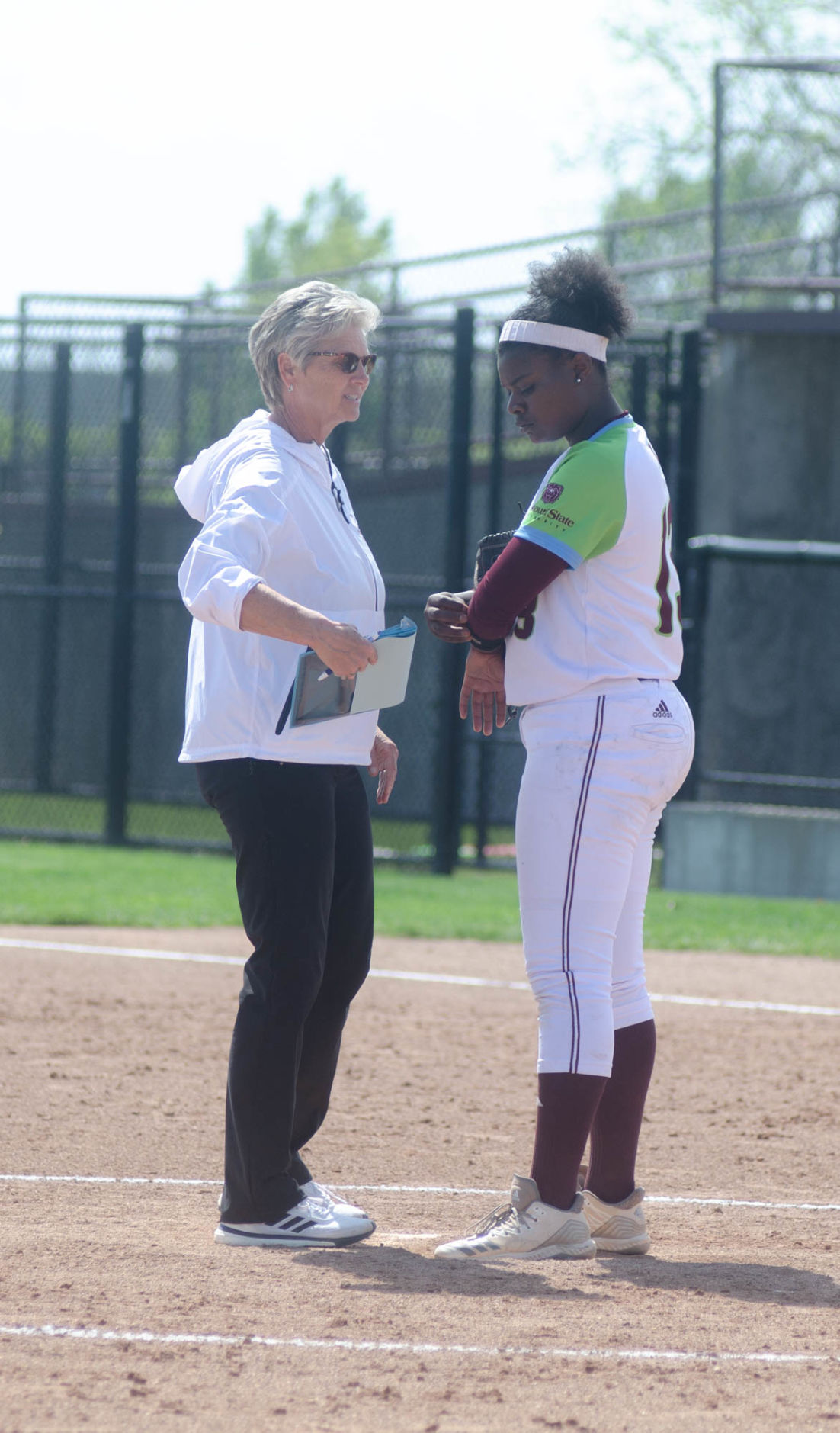 Holly Hesse is in her 31st season as the Bears' head coach.

She has spent the majority of her life living a dream, from playing college softball to coaching the sports she loves.

Good luck trying to pull Missouri State head coach Holly Hesse away from the game she has been around since 1978 — preparing student-athletes for the real world while adding wins to her illustrious resume.

“I came to college and never left,” Hesse said. “It has been an amazing career. I have been very blessed.”

She has certainly been a mainstay as the Bears’ head softball coach, and that longevity recently paid off with an elusive milestone.

With a 3-2 walk-off victory over Northern Iowa on March 24, she recorded her 800th career victory.

Hesse said she never thought she’d make it to this point in her career. She said 750 was the win goal she was after, but as the years piled on and the closer she got to the 800-win plateau, she kept wanting to return as the head coach. Hesse kept coming back because she was having fun and her passion for the game never wavered.

“(800 wins is a product) of a long career — being persistent,” Hesse said. “Hanging in there through the tough years and having a great staff. I couldn’t be more fortunate to have (associate head coaches) Sue Frederick and Beth Perine. They have been a huge part of that success.

“I often tell them, ‘Hey as long you keep doing all the work — I’ll keep taking all the credit.’ We complement each other so well and the quality student-athletes we recruit. The talent and the hard work they put in makes it work.”

Missouri State senior Kyana Mason said the passion and the way she prepares players not only on the softball field, but in life as well, makes Hesse a great coach.

“She cares about us as people and not just athletes,” Mason said. “She prepares us for life after sports.”

Former Missouri State standout Bethany Sullinger, now Quigley, said Hesse is considered one of the greats in the softball community. Quigley said her passion for the sport and love for her players is what set her apart from the rest.

Hesse’s career records stands at 809-786 and includes two regular-season Valley championships, five Valley tournament championships and five NCAA Tournament appearances. Under her tenure, her Bears own a record of 72 wins in the Valley tournament and have produced 34 first-team All-Conference selections and 10 Missouri State Athletics Hall of Fame inductees.

That is not even scratching the surface of her resume.

“Creighton at that time was a powerhouse,” Hesse said.

After graduating, Hesse went to the University of Massachusetts and worked there as an assistant pitching coach under Hall of Famer Elaine Sortino, who won over 1,000 games at the collegiate level.

She then had a two-year stop at Iowa State and returned to Creighton as a coach where she was inspired by her former coach, Mary Higgins.

“Six years as an assistant coach was very positive,” Hesse said. “Those 10 years total of Division 1 softball as a player and assistant, I love being in the college setting.”

However, Hesse said her first season at Missouri State was a humbling and learning experience.

“When I took over the program, the year before they were 16-32,” Hesse said. “I thought, ‘It will be easy to beat that.’ It was the first time I have ever failed miserably. Maybe more than anything it opened my eyes up to, ‘Hey, it is not all about winning.’

“It is about the journey. It is about the day-to-day grind and enjoying the student-athlete. I learned as much from that team as I have been a part of.”

Four years later, the Bears won the Valley, which would be the start of an excellent run through the 1990s.

Hesse said starting out she thought she would only be at Missouri State for five to seven years and then move on.

But she simply fell in love with the school.

Through all the ups and downs that come with being a head coach, Hesse said establishing a culture based on love, kindness, trust and respect is what has helped create a winning atmosphere.

“We expect everybody within our program to live within those principles,” Hesse said. “I’m a big believer that love and kindness are the two most harmonizing principles.”

Another factor is the challenges of being a college player and recruiting education-minded athletes. She also came out with a coaching book in 2003 called, “The Diamond of Success: A Philosophical Model for Coaching.”

“It is the philosophy of our program,” Hesse said. “Everybody in the program knows it. Everybody understands it. It is about developing student-athletes physically, mentally, emotionally, morally and socially. As we develop the total person, they go on to do great things both on and off the field.”

Mason said Hesse gives the players many tools to use in mental training. She said mental toughness is the biggest thing she has learned from Hesse.

“This has helped on the field with being able to take deep breaths and calm myself in high pressure situations,” Mason said. “Off the field, I take those same skills and I’m able to handle any adversity that comes my way.”

As a graduating senior, Mason said she will remember Hesse’s competitiveness the most, especially when she is pitching to players in practice.

Quigley said her “all-time favorite” memory of Hesse was in practice when the team was working on bunting. “In true Holly form,” she was throwing 70 mph and expected the players to put down a successful bunt every pitch.

“There must have been something in the water jug because I swear not one of us could get a bunt down,” Quigley said. “Each time we missed, our punishment was a dead sprint to the foul pole and back. She would yell, ‘Keep on running’ after each miss. It was one of those where you had to be there, but it easily became our running joke for the next three years.”

Quigley said she learned a tremendous amount from Hesse about softball, but that is nothing compared to what she taught her about life.

“Holly is a stand-up woman, who always follows the rules and chooses to do the right thing even when it is not the easiest,” Quigley said. “She taught me how to balance my love for the game and my love for life.”

After accomplishing her 800th win, Hesse is trying to figure out what’s her next milestone ahead in her career as a coach.

“As long as the answer to that question is yes, I’m going to keep coaching. And the day when that answer is no, that is the day I will step away.”

Derek Shore is a Sports Reporter at The Standard. He is a junior majoring in journalism with a minor in communications. He started writing about sports for The Standard during the fall semester of 2018.