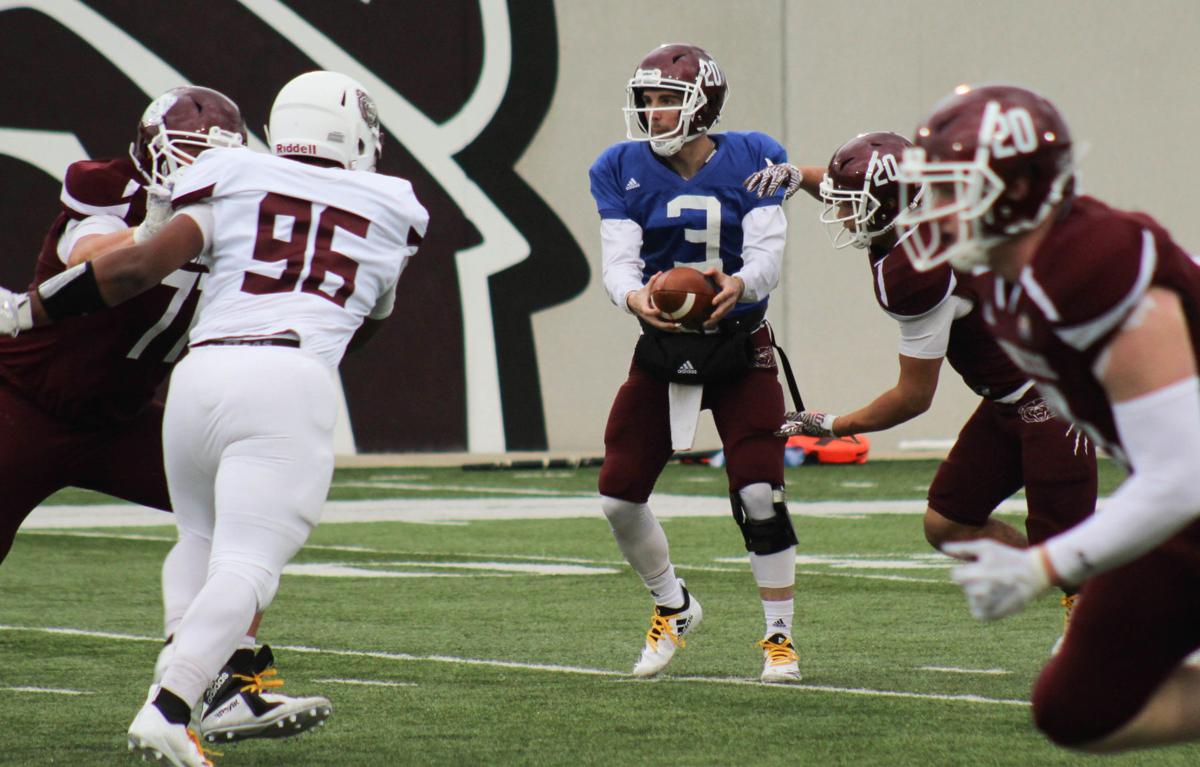 Dalton Hill hands the ball off in the Bears' spring game on April 18. 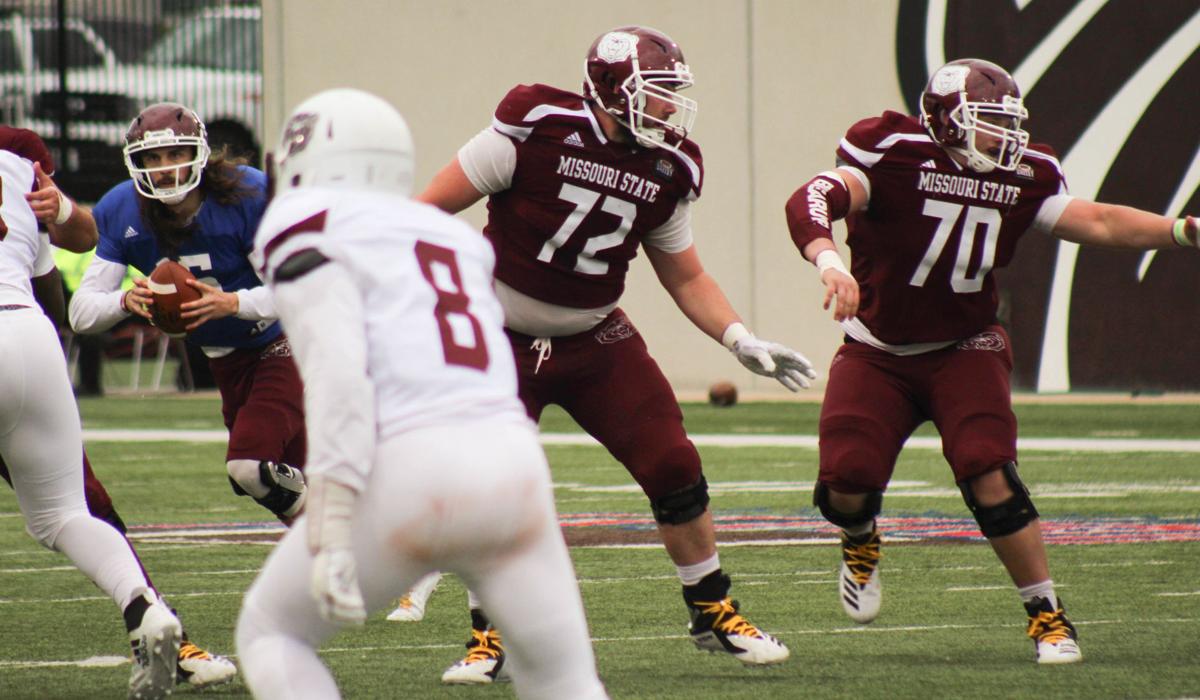 Peyton Huslig scrambles and looks for a pass while Derek Kohler and Casey O'Brien protect the quarterback.

Dalton Hill hands the ball off in the Bears' spring game on April 18.

Peyton Huslig scrambles and looks for a pass while Derek Kohler and Casey O'Brien protect the quarterback.

There are a few new coaches.

The biggest change on the coaching staff for the Bears is Justin Kramer’s move from assistant coach for the tight ends to offensive coordinator.

Mack Brown, the former holder of that spot, accepted a position as a defensive assistant with the New York Jets. Sean Coughlin was associate head coach for the 2018 season before he accepted the head coaching job at Arkansas State as the offensive line coach and running game coordinator.

Someone familiar with the already set offense is a bonus for the Bears keeping Kramer as the coach.

“We’re not going to change the offense,” head coach Dave Steckel said. “Our kids know the offense — Kramer knows the offense inside and out. But you’re going to see his stamp on it.”

The offensive line is young.

Players like Kohler and O’Brien played in several games during their redshirt freshman seasons. O’Brien played some of the season as the starting center. Carter played in one game — the 24-21 win over No. 9 Illinois State.

Daniel Allen is a transfer from Northeastern Oklahoma A&M College.

This offensive line, along with the others who played, will need to spend the summer continuing to perfect this offense that most of them already know. With this being Kramer’s fifth season at Missouri State, he’s familiar with the offense and can help lead them in the right direction.

“It’s pretty much the same offense,” sophomore quarterback Dalton Hill said. “Kramer makes sure we’re running things that we’re comfortable with and what the offense is comfortable with. It’s hardly been a transition.”

The quarterbacks had bright moments.

Senior Peyton Huslig started for the Bears in the spring game and did well. He threw for 88 yards, going 8-for-15. He also ran on four different occasions, picking up a total 10 yards.

Granato threw 102 yards for two touchdowns. Granato connected with redshirt freshman Ja’Ron Burks for both of those touchdowns.

Third downs, as usual, are a focus for the Bears.

The circumstances of spring games often change and vary based on the school. For Missouri State, third downs were one of the worst statistics.

“We obviously have a lot of work to do,” Steckel said. “Moving into summer, I’m pleased, but I’m not very content.”

The fall schedule is tough.

The Bears have a tough schedule ahead of them, starting on Aug. 29 against Northern Arizona.

At the time, Northern Arizona was ranked 20th.

Since then, Jerome Souers stepped down after 21 years at the helm of the program. He was fired after the 2017 season and then rehired for the 2018 season.

Chris Ball was named head coach of the program on Dec. 10.

Ball accepted the position after three seasons as defensive coordinator at the University of Memphis. He has over 30 years of experience in collegiate football.

The Bears also play Tulane and Kennesaw State in their nonconference schedule before diving in to Missouri Valley Football Conference play.

The Bears started the 2018 season 4-2 after upsetting both Illinois State and Northern Arizona.

The Bears also defeated Lincoln and Indiana State; the two losses were to Oklahoma State and South Dakota.

The Bears finished out last season against the conference’s toughest opponents.

In the 2019 season, the Bears will end with games against Illinois State and Indiana State — the two Valley opponents the Bears beat last year.