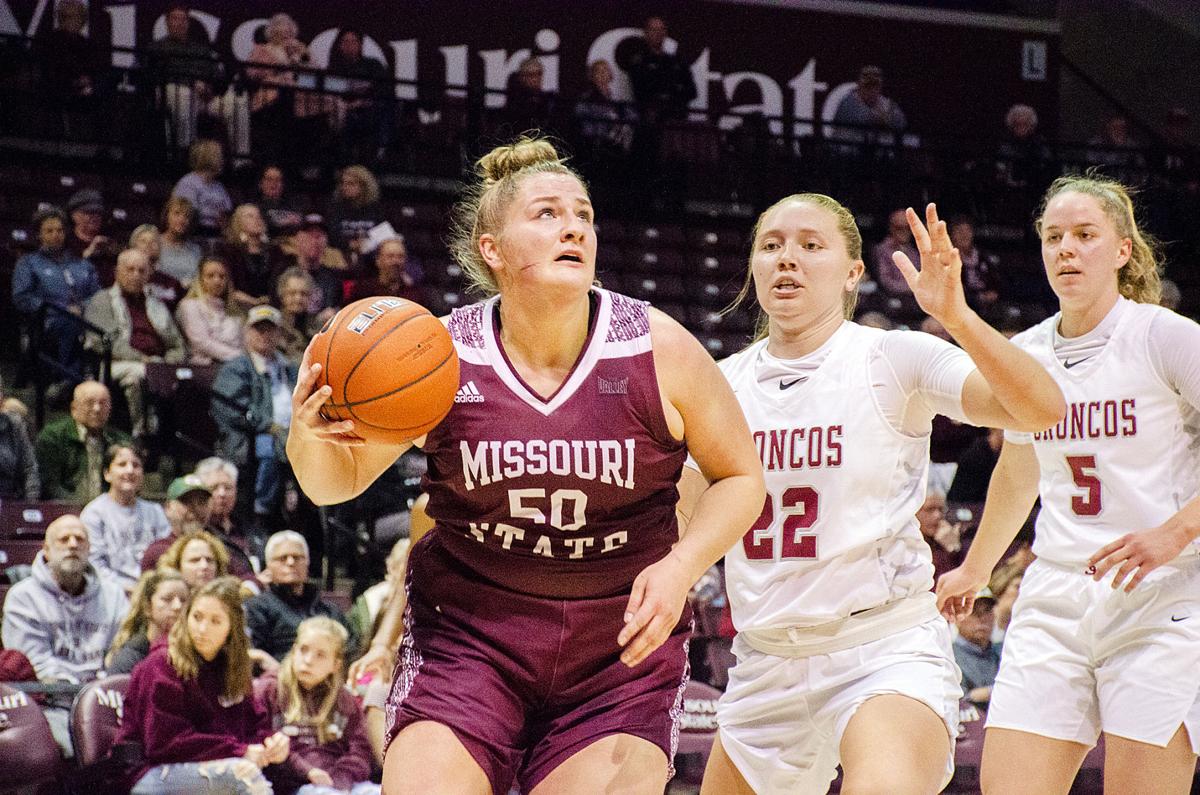 Junior Emily Gartner is determined to make a basket with pressure from her opponent, Santa Clara. 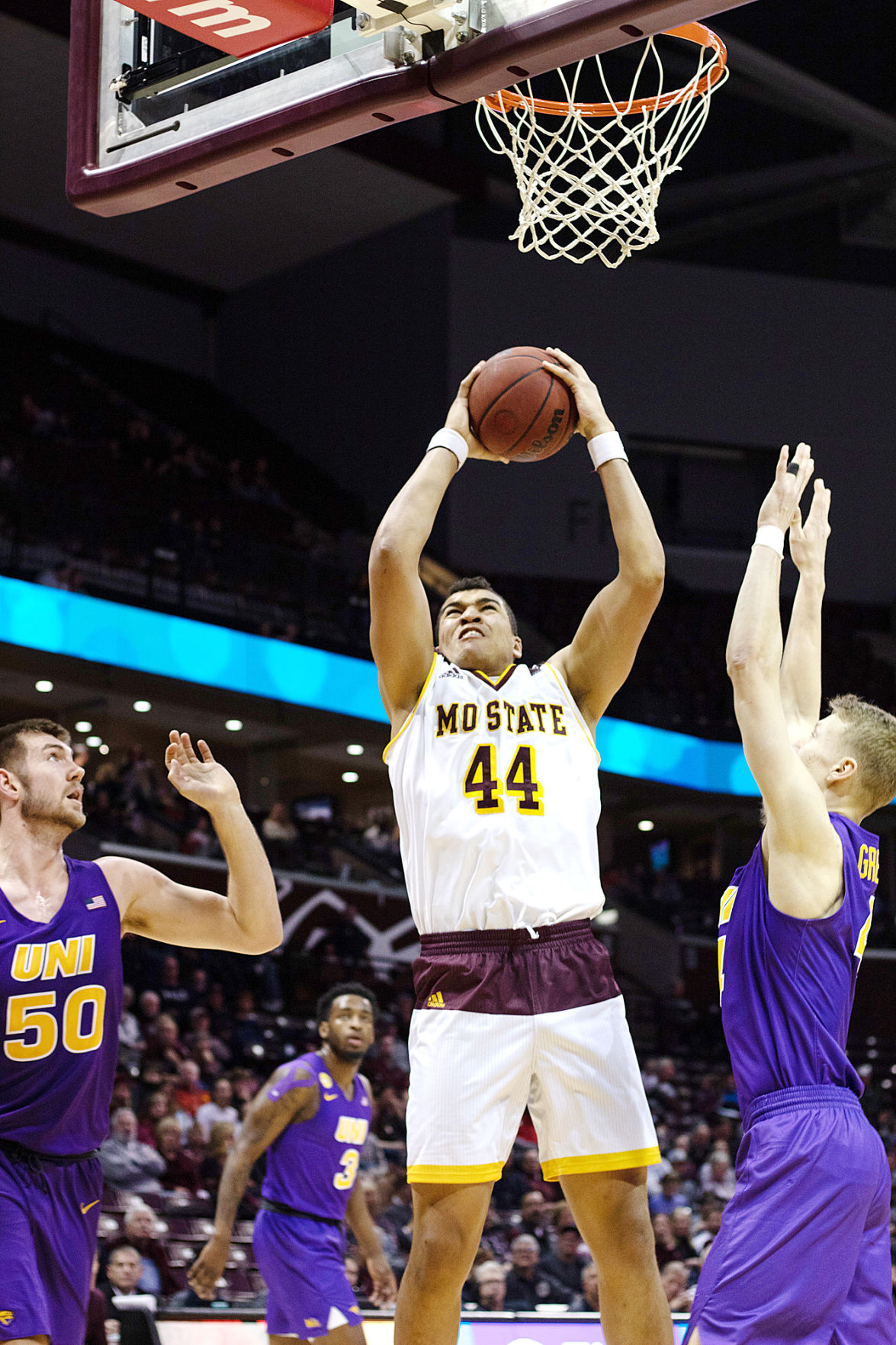 Junior Gaige Prim puts back an offensive rebound on Jan. 11.

Junior Emily Gartner is determined to make a basket with pressure from her opponent, Santa Clara.

Junior Gaige Prim puts back an offensive rebound on Jan. 11.

Winter break was busy for the Missouri State men’s and women’s basketball programs.

Both programs traveled throughout the break and racked up a 8-5 combined record. The women, though, carried that record, going 6-1 from Dec. 13 to Jan. 12.

The Lady Bears continued their reign of dominance over the winter holiday season with only one hiccup. They traveled to No. 17 Gonzaga for an AP Top 25 matchup just before Christmas. Gonzaga won by 12 points, but that was the only loss for the Lady Bears before classes started up again.

The Lady Bears beat in-state opponent Mizzou after losing by four last season. They also showed their dominance over in-state Division II William Jewell to ring in the new year. The Lady Bears won 111-39, ranking it first for largest margin of victory in JQH Arena and one of the top number of points scored in a single game by the Lady Bears.

MSU hosted Drake for a blackout night the Friday before classes started. The two Valley powerhouses had a showdown to the wire. Sophomore Sydney Manning hit a 3-pointer off a falling pass from sophomore Sydney Wilson as the final seconds ticked down to win the game 69-67.

The men struggled over the break. The Bears beat Arkansas State during finals week but lost two road games by 10 points. The losses to VCU and Oral Roberts were tough ones, but they bounced back to beat Evansville to start Missouri Valley Conference play on Jan. 31.

It was the Bears’ first game at home in 20 days, and they turned the table in their favor, winning 65-52.

The Bears headed up to Chicago to face Loyola. The Bears had a good the second half. Loyola still won 62-58.

On its way back to Springfield, MSU stopped in Normal, Illinois, to beat Illinois State.

The Bears returned home before the start of the semester to play Northern Iowa, the Valley favorite now that the Bears have shown to struggle. UNI dominated 80-57 for the worst loss under Dana Ford so far.