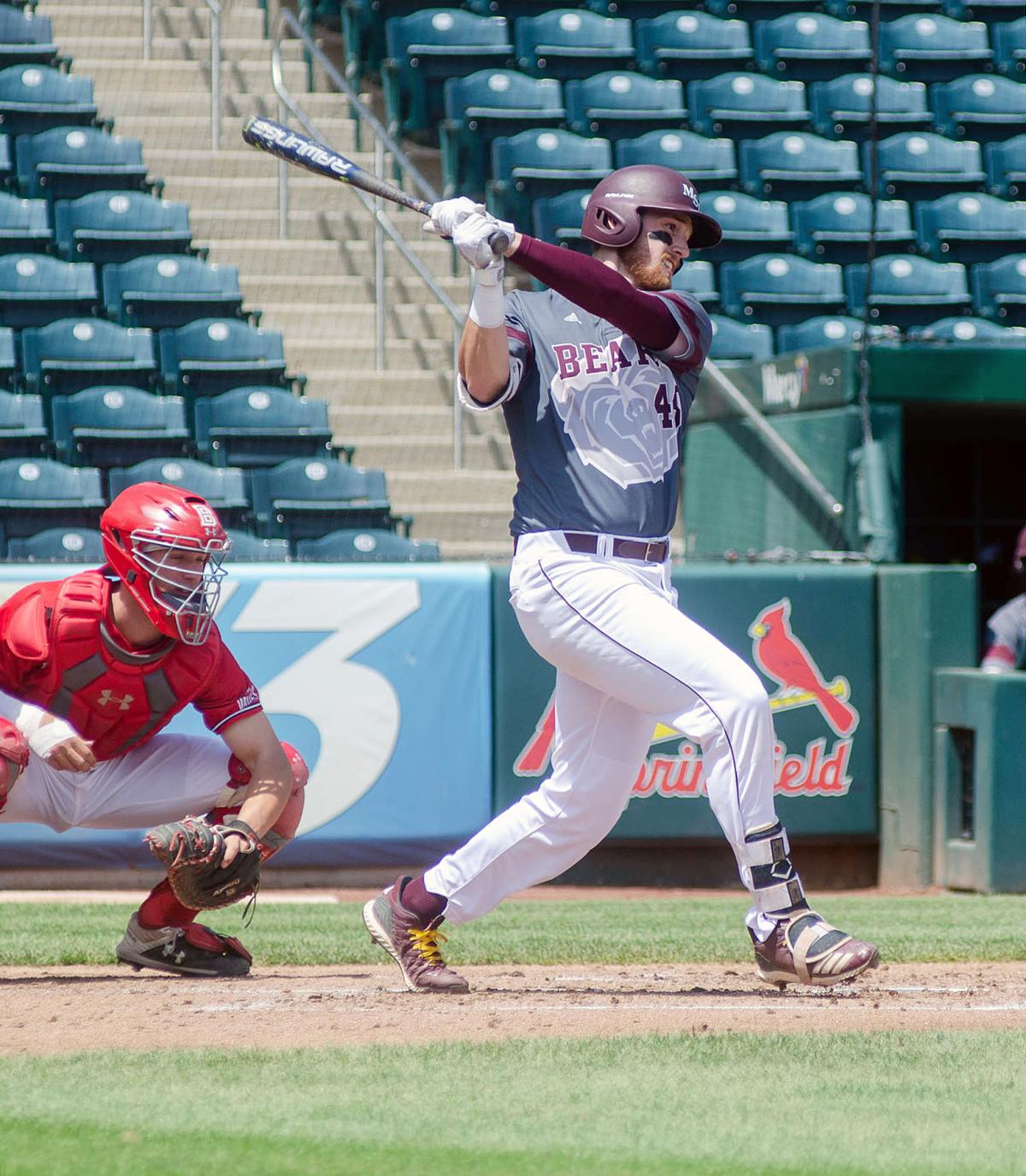 Ben Whetstone swings the ball into action on April 27, 2019. 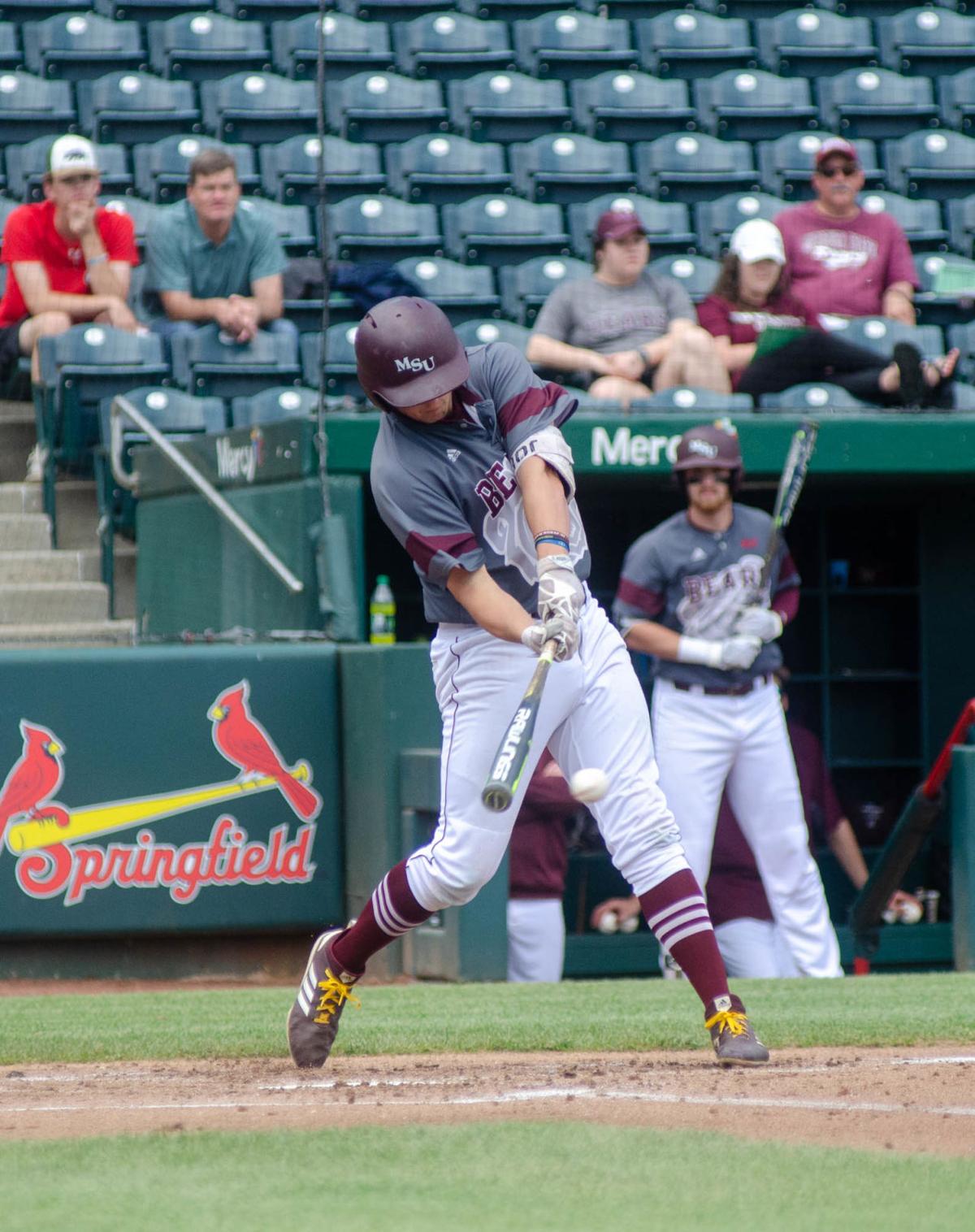 Ben Whetstone swings the ball into action on April 27, 2019.

While the NCAA was issuing a statement about holding March Madness without fans, the baseball Bears were putting on a clinic.

Missouri State plated nine runs in the bottom of the eighth frame to secure its 13-3 victory over Southern Illinois Edwardsville on Wednesday afternoon.

The first four innings remained scoreless, the Bears collecting four hits while the Cougars got three on base.

Sophomore Peyton Carson got the start on the mound for Missouri State, posting just two strikeouts in his first 14 batters. The lefty made his fielders work for it, and they got the job done, not letting a runner advance to third base in the first four frames.

In the bottom of the first, the Bears saw potential with bases loaded and no outs. However, the next three batters went down in order, stranding the runners.

Carson sent the Cougars down in order in the second inning, but Missouri State couldn’t convert and left another batter in scoring position with just one out.

The next few frames came up empty for both squads until the Bears plated their first run of the day in the bottom of the fifth. Senior John Privitera led off with a triple, and senior Jack Duffy followed up with an RBI double. Duffy advanced to third on a wild pitch, giving freshman Drake Baldwin the opportunity to get him home with a sacrifice RBI ground out.

Edwardsville got on the board the next time around, plating one on an RBI double to center field. The run sent Carson to the dugout and brought sophomore Nick Schmidt to the mound. Carson finished the day fanning four and allowing five hits. Schmidt stopped the bleeding and sent the remainder of the Cougars down.

Missouri State clung to a 2-1 lead until the bottom of the seventh. Junior Joey Polak stepped up to the plate with bases loaded and knocked one down into right-center field, scoring two.

“I thought we did a nice job, later on, stringing some hits together,” head coach Keith Guttin said.

Whetstone’s three-run homer gives him his 20th career home run as a Bear. McFarland also hit one deep, his first of the season.

The Cougars saw a glimpse of a comeback attempt in the top of the ninth, plating two runs off of freshman Mason Auer. After a meeting at the mound, Auer settled and sealed the win for the Bears.

Missouri State finds its third win at home after falling to Oral Roberts on Tuesday at Hammons Field. The Bears will travel to California later this week for a three-game series against UC Irvine. Guttin said the university has not issued domestic travel restrictions amid coronavirus concerns. UC Irvine released an update saying all games will be closed to the public.