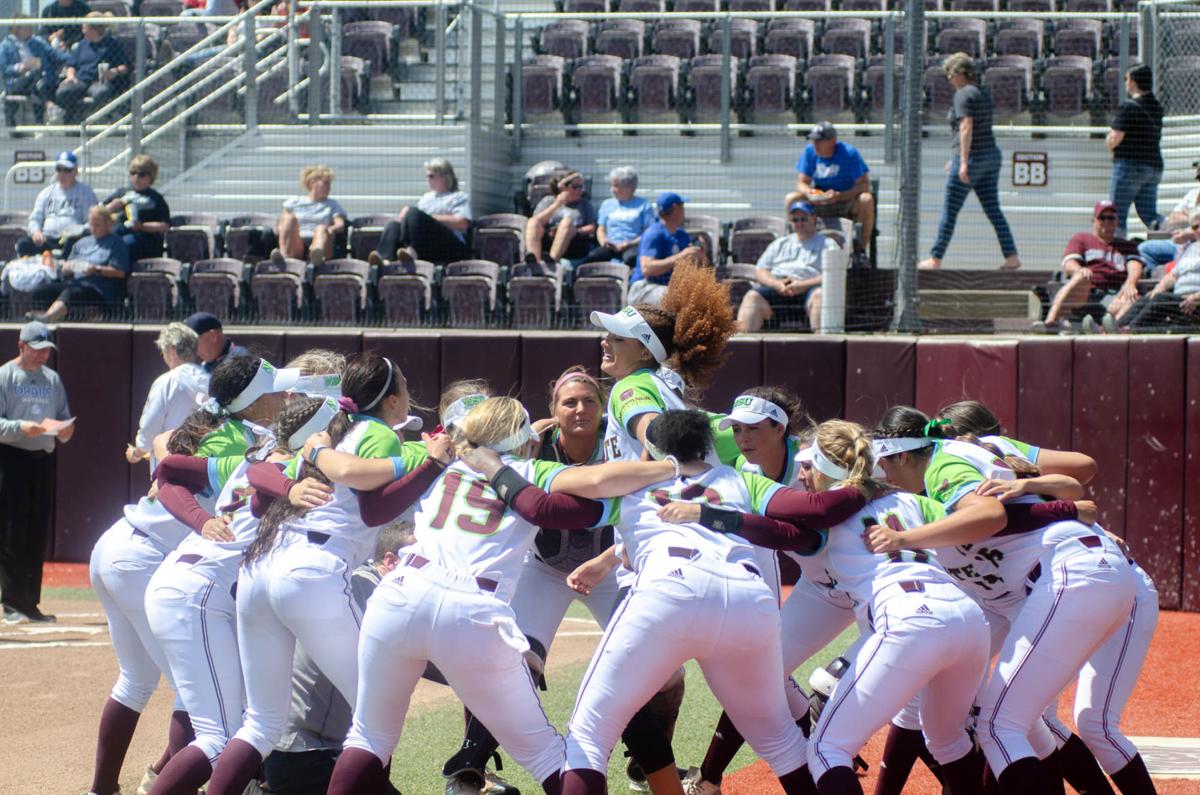 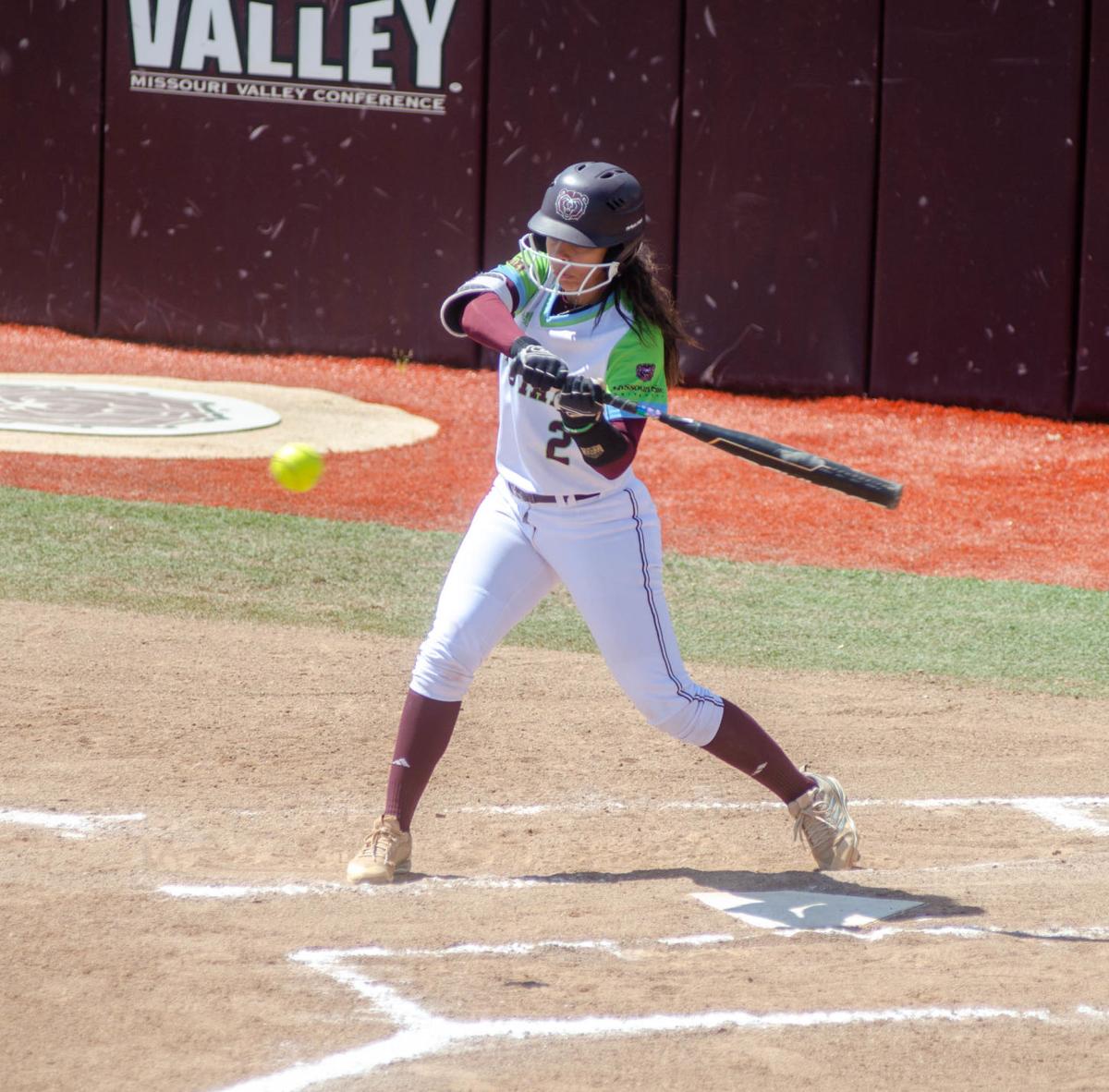 Kyana Mason swings for the pitch. 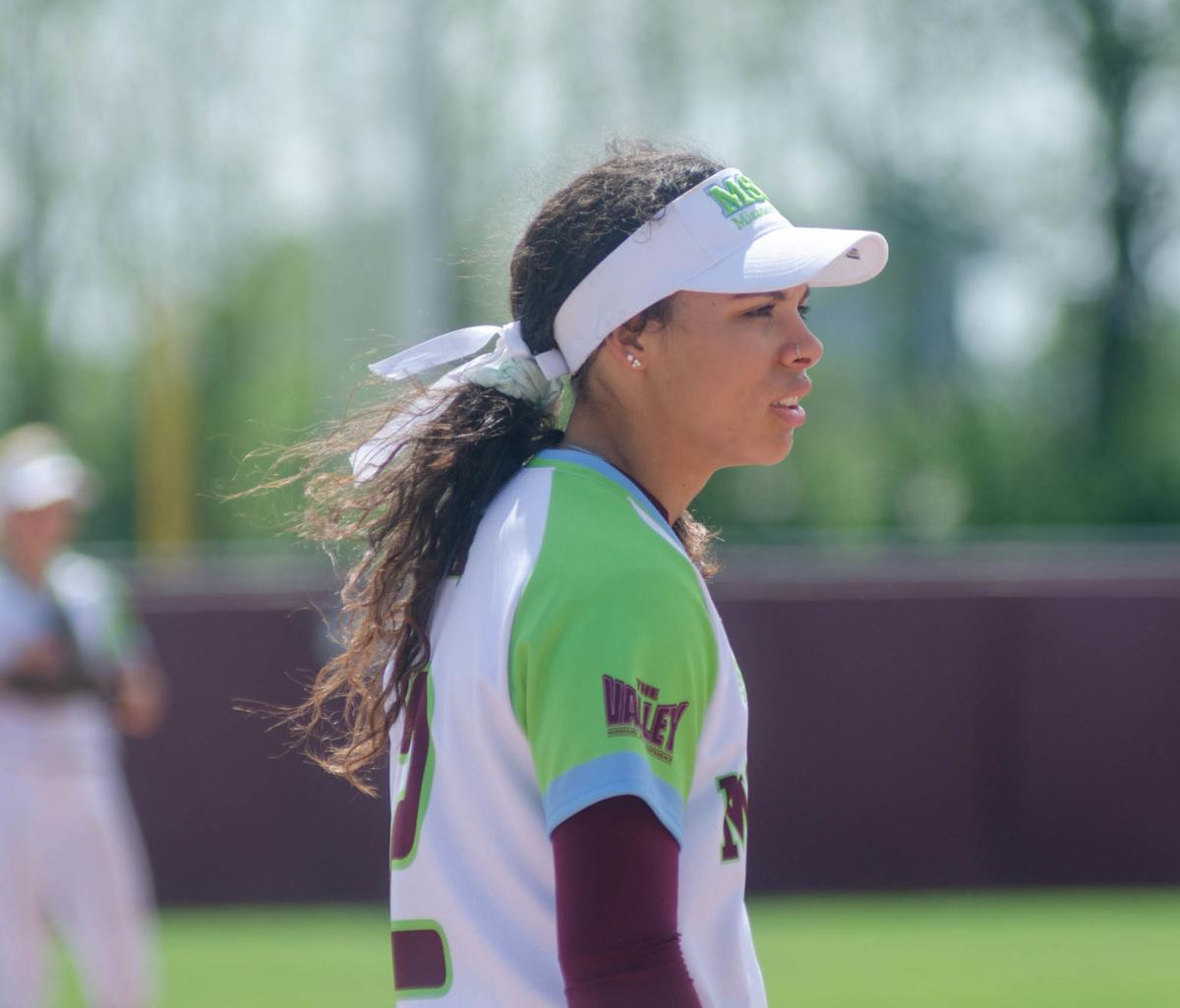 Kyana Mason swings for the pitch.

Missouri State traveled to University of Missouri-Kansas City to start this week and came back home to host Drake from April 27-28.

Senior Kyana Mason and Minnis hit back-to-back triples in the fifth to push the Bears ahead before pulling away from the Kangaroos in the seventh. Griesbauer went the distance for Missouri State, allowing six hits, one run, no walks and three strikeouts.

“It was an outstanding effort by Erin in the circle,” head coach Holly Hesse said in a press release. “She really competed and had good command. It was also great to see some extra-base hits and some clutch hits by our offense. I’m really proud of Minnis, Mason and (freshman) Rachel Weber for coming through in key situations.”

Over the weekend, sophomore Steffany Dickerson tossed a two-hit, complete game, and the Bears received some clutch hitting as part of a three-run sixth to down Drake, 4-2, in Saturday’s second game during the Missouri Valley twin bill.

“Our freshmen really came up big for us and had some clutch hits (in game two),” Hesse said in a press release. “I’m really proud of the effort they gave for the seniors to give them something to remember on their senior day.”

Seniors Mason and Morgan Greenlee were recognized in pregame ceremonies. Greenlee, who did play in the game, has been out with an injury since March 2.

On Sunday, the Bulldogs rallied in the seventh inning to steal the series from Missouri State. Drake plated five runs to overcome a 5-4 deficit in the rubber game matchup.

Newman struck out 11 and walked one. However, the Bears scattered six hits off the All-American right-hander and kept her on the ropes with timely hits and three Drake errors.

“I am proud of the way we competed against a great pitcher and a great program,” Hesse said in a press release. “It’s been a long time since Newman was tested that deep into a game and a long time since Drake has had to come back in the final inning. It’s a tough loss for us, but we took the fight to them all day.”

With one series left in the regular season, Missouri State has an overall record of 28-19, 12-10 in the Missouri Valley.

The Bears currently sit fifth in the conference.

Missouri State will finish off the 2019 campaign at Indiana State, which is scheduled for May 3-4.

If the season were to end today, the Bears would draw the fifth-seed in the MVC Softball Quarterfinals.

They would play the winner of game one in the opening round which is No. 8 Evansville or No. 9 Valparaiso.

Derek Shore is a Sports Reporter at The Standard. He is a junior majoring in journalism with a minor in communications. He started writing about sports for The Standard during the fall semester of 2018.