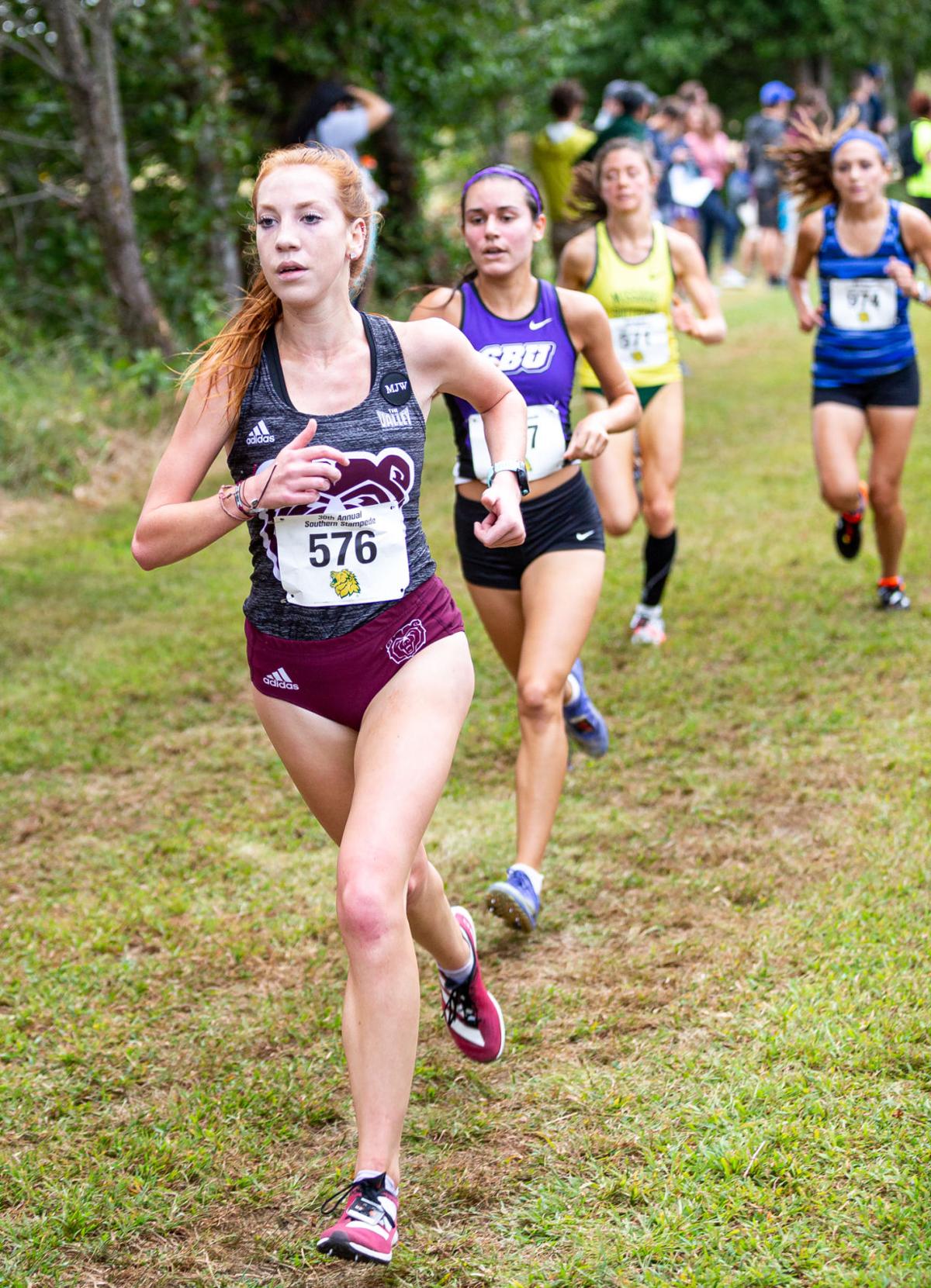 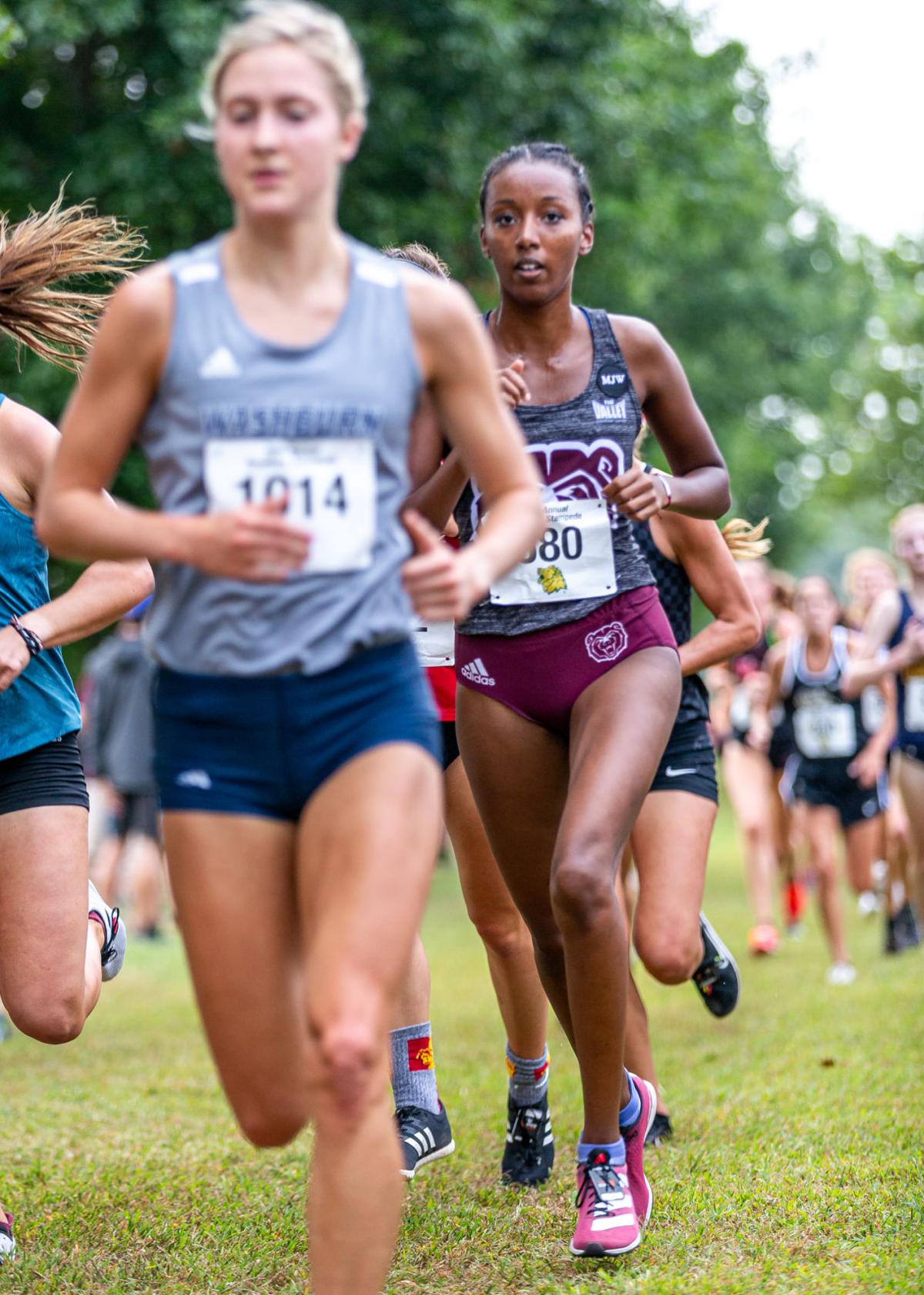 Edna Dar, a sophomore, approaches the end of her first mile at Missouri Southern State University. 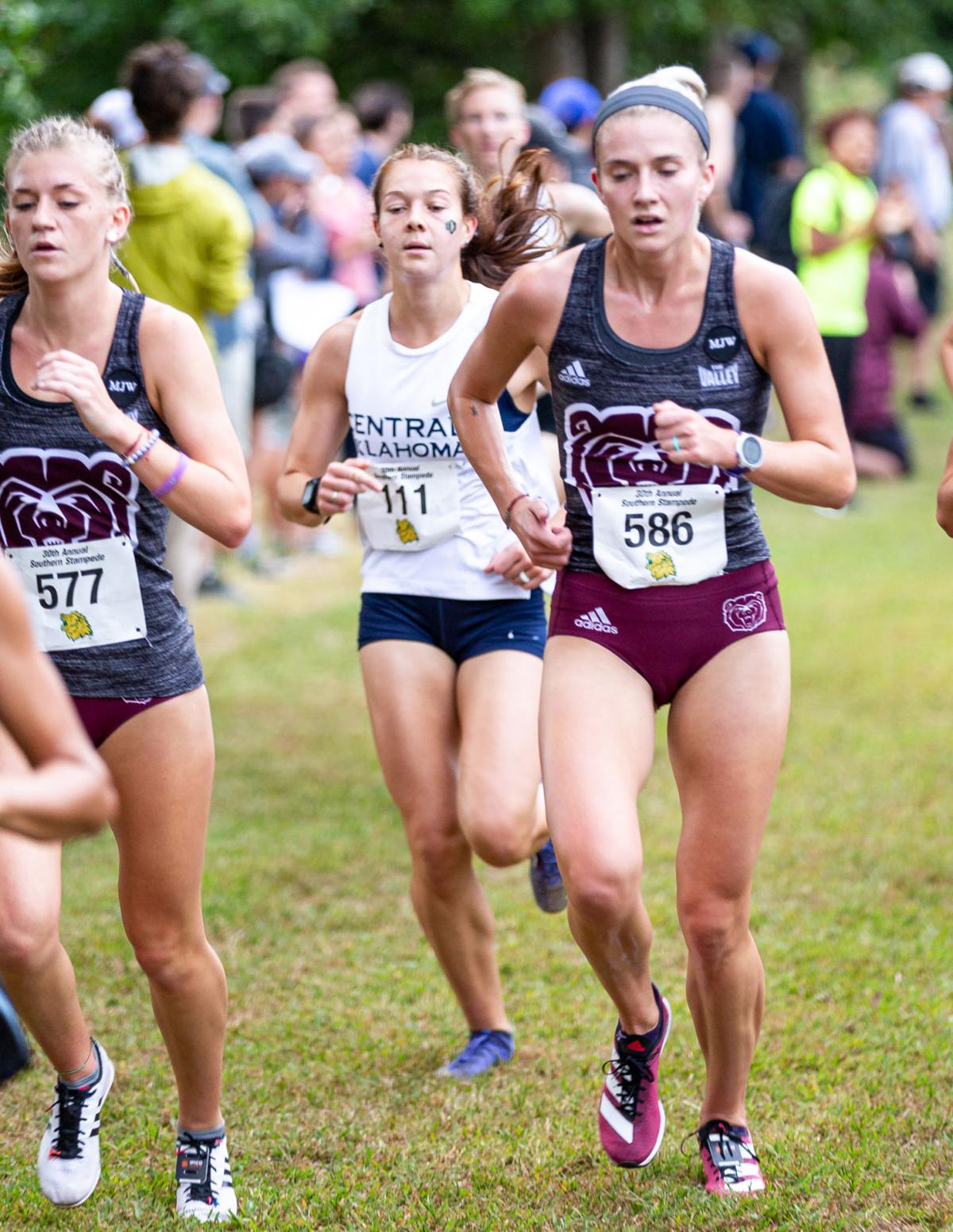 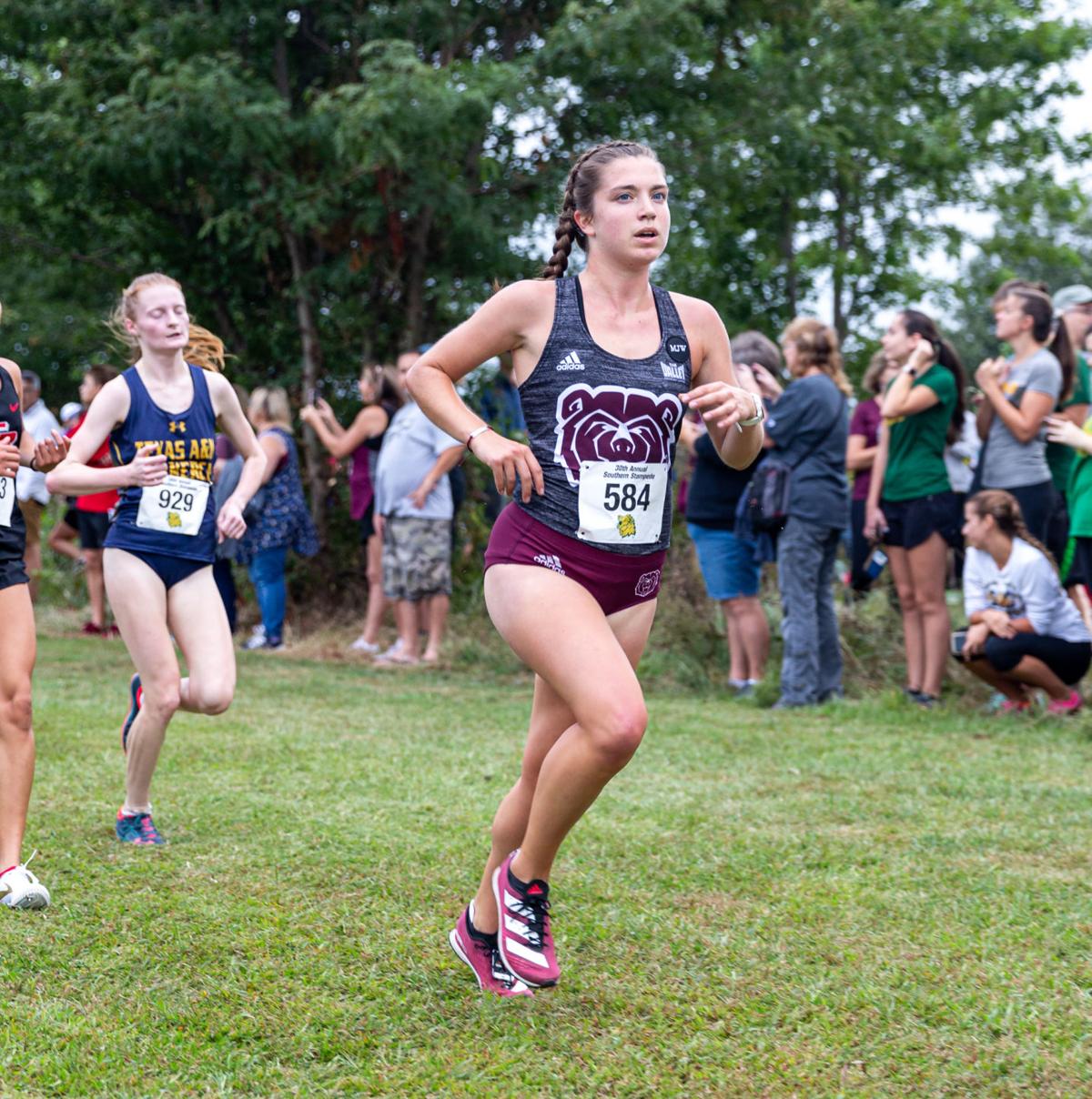 Edna Dar, a sophomore, approaches the end of her first mile at Missouri Southern State University.

Missouri State’s women’s cross-country team competed at the Southern Stampede in Joplin on Sept. 21, capturing the program’s first team title since a 2013 top finish at the Hurricane Festival in Tulsa, Oklahoma.

The Bears finished atop the team standings, beating out 28 other schools by posting scores of 5-15-21-28-31 in the 5-kilometer interdivisional meet.

“Even if it’s over some high-quality Division II schools, it still shows a lot for the growth of our program” head coach Jordan Fife said. “We got out and established ourselves early on and that led to us being able to hold on to some good places at the end.”

Junior Grace Breiten led Missouri State in the first 5-kilometer race of the season, finishing in sixth with a time of 17:41:4. Sophomore Ednar Bar knocked almost a minute off her personal best time, running 18:03.4 on her way to a 17th-place finish.

Senior Erica Wollmering posted her third straight top-25 finish for the Bears with a time of 18:14.6 in a meet that featured 283 runners.

Junior Shelby Palmer and sophomore Adyson Delaney rounded out the scoring for the Bears as they turned in personal bests of 18:28.2 and 18:32.9, respectively.

Next up for Missouri State is a trip to Fayetteville, Arkansas, for the Chile Pepper Festival on Oct. 5 with the 5K race set to begin at 10:20 a.m.

Fife said the plan of attack going forward comes down to staying healthy as a team because the Bears are already down a few runners due to injury.

Though, the team has shown its depth with younger runners stepping up and contributing at key times.

“Some sophomores have taken ownership, and they know we need a solid top-five,” Fife said. “Regardless of who’s up there, they are going to go in and fill that void. We just can’t afford a whole lot more to happen in regards to health.

“If we can stay healthy and nurse some back to health, we should be in good shape. The expectation is to be ready as we can be by conference time.”

The first conference meet for the Bears is the Under Armour Pre-National Invitational at Indiana State on Oct. 19.