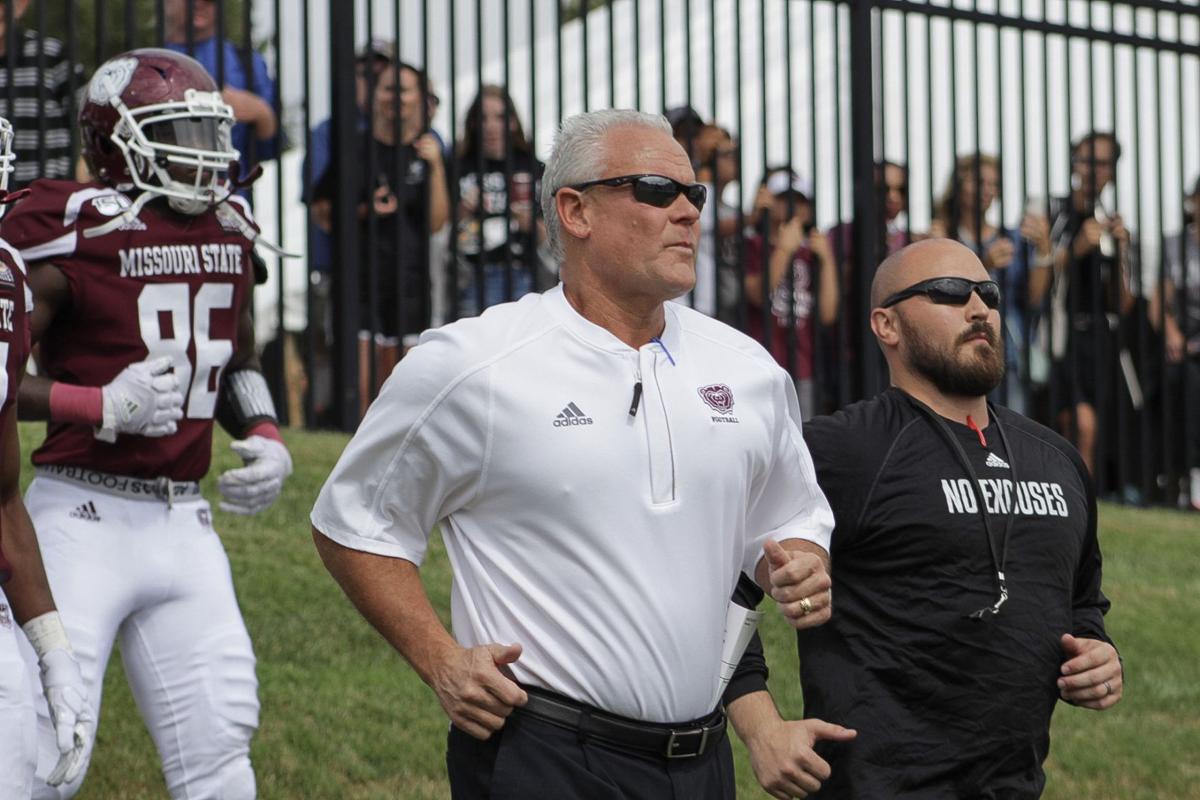 Dave Steckel runs on to the field before a Bears football game during the fall 2019 season. 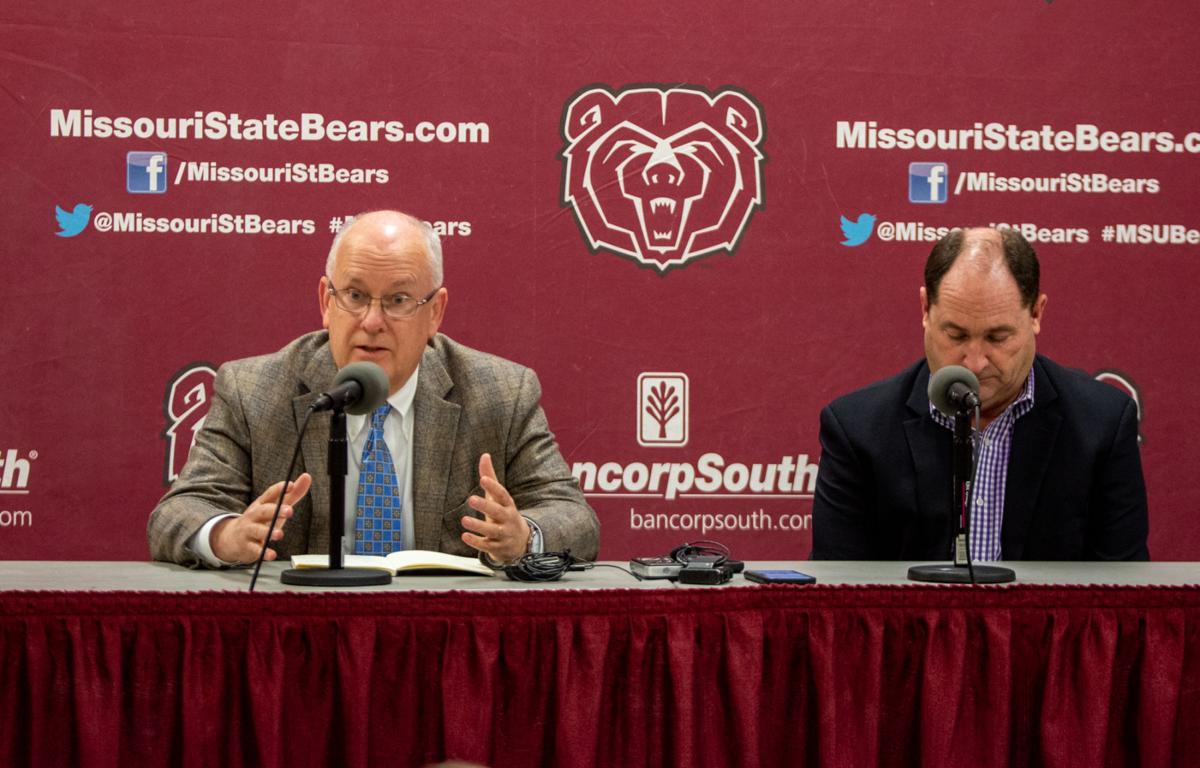 Dave Steckel runs on to the field before a Bears football game during the fall 2019 season.

Missouri State University had the money to buy out Dave Steckel’s contract after Thanksgiving, but Director of Athletics Kyle Moats said he and University President Clif Smart would continue with their commitment to Steckel.

Smart and Moats explained their change of heart at a press conference Monday afternoon.

Moats met with Steckel after the football season ended on Nov. 26. The Bears finished the season 1-10 — their second one-win season under Steckel. Despite fans calling for Steckel’s firing, Moats said the university would stand by Steckel and the team.

“Even though there are a number of areas we agree need immediate improvement, we are in agreement that the prudent course of action is to push forward with our commitment to Stec and this team,” Moats said in a release from Nov. 27.  “Getting our football program turned in the right direction remains a priority for the university, and we expect our commitment to this staff to be rewarded with results on the field.”

The two began to discuss a course of action for the program and realized they had different ideas of how to move the program forward.

“In that meeting, we both talk about the direction that the program was gonna go, and it started to separate at that particular time,” Moats said. “When he asked questions and I responded — We just weren’t quite aligned as we needed to. And I think both of us felt like, ‘hey, if we’re not in sync’ — it’s a hard enough job if you’re not in sync to make the thing work.”

Now, the search for a new head coach begins. Most college teams that fired their head coaches did it immediately after the season, so the job opening is late to the party.

“I don’t think that’s going to hurt us at all,” Moats said.

Despite that, Moats, who said there was no indication of Steckel’s departure in November, took that delay on himself.

“That’s probably what I learned the most,” Moats said. “There needs to be more of a commitment, I guess if you would, but I take part blame in that because I thought we were moving full steam ahead.”

Steckel signed 30 players during the early signing period in December. Moats said almost all of the players and signees are waiting to see who the new hire will be.

It’s a waiting game in the meantime.

“I told Kyle I want the best football coach available. And I want him in the next two weeks if at all possible,” Smart said. “I will be personally involved with the selection, so if you don’t like the selection then I’m to blame. The buck stops with me. I’m the CEO of this $380 million company, and so if you don’t like who is selected, I am the guy that made that decision.”

No one knows what is next for Steckel even though there has been speculation.

Steckel spent five seasons as the head coach of Missouri State. He compiled a 13-42 record with his first and last seasons being one-win seasons. Steckel was announced as the head coach of the Bears on Dec. 14, 2014, after Terry Allen. Before serving as MSU’s head coach, he was Mizzou’s defensive coordinator.

He coached for 37 years including his time at MSU. His 14 years at Mizzou polished his resume for the job in Springfield. Just before his announcement as head coach, Steckel was a Frank Broyles Award finalist. His defense ranked 10th nationally in sacks per game in 2014, and  the Tigers’ defense ranked in the top two of every major statistical category.

“I don’t know a single person who wasn’t excited about that hire and about that potential for Bears football,” Smart said. “Unfortunately, we didn’t win enough football games, and that’s the reality of that.”

Steckel will receive $340,000 in annual payments as part of the separation agreement, depending on Steckel’s employment, according to the Jan. 9 release announcing the agreement. Smart said the university Board of Governors will approve the agreement during a closed session on Wednesday, Jan. 15. That agreement will be available Thursday morning.