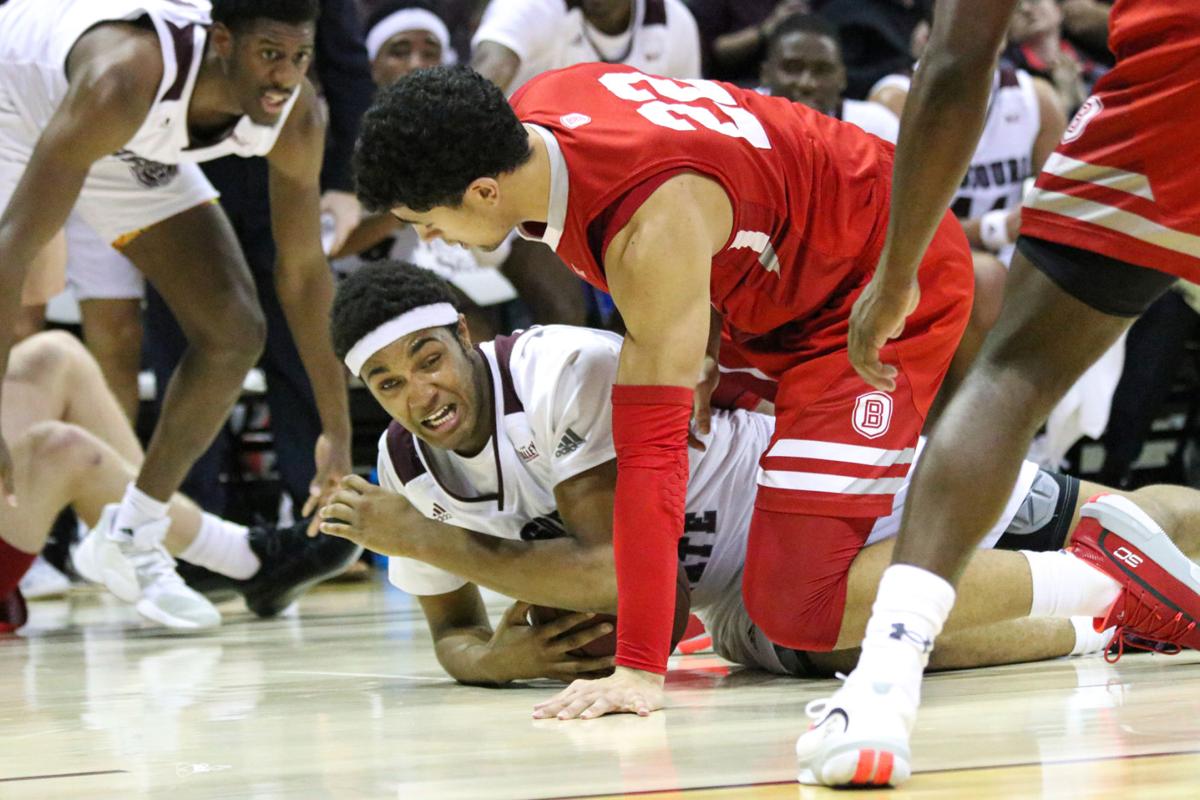 Freshman Isiaih Mosley holds the ball away from his Bradley opponents during the men’s game Wednesday evening at JQH Arena. The Bears lost to the Braves 91-78. 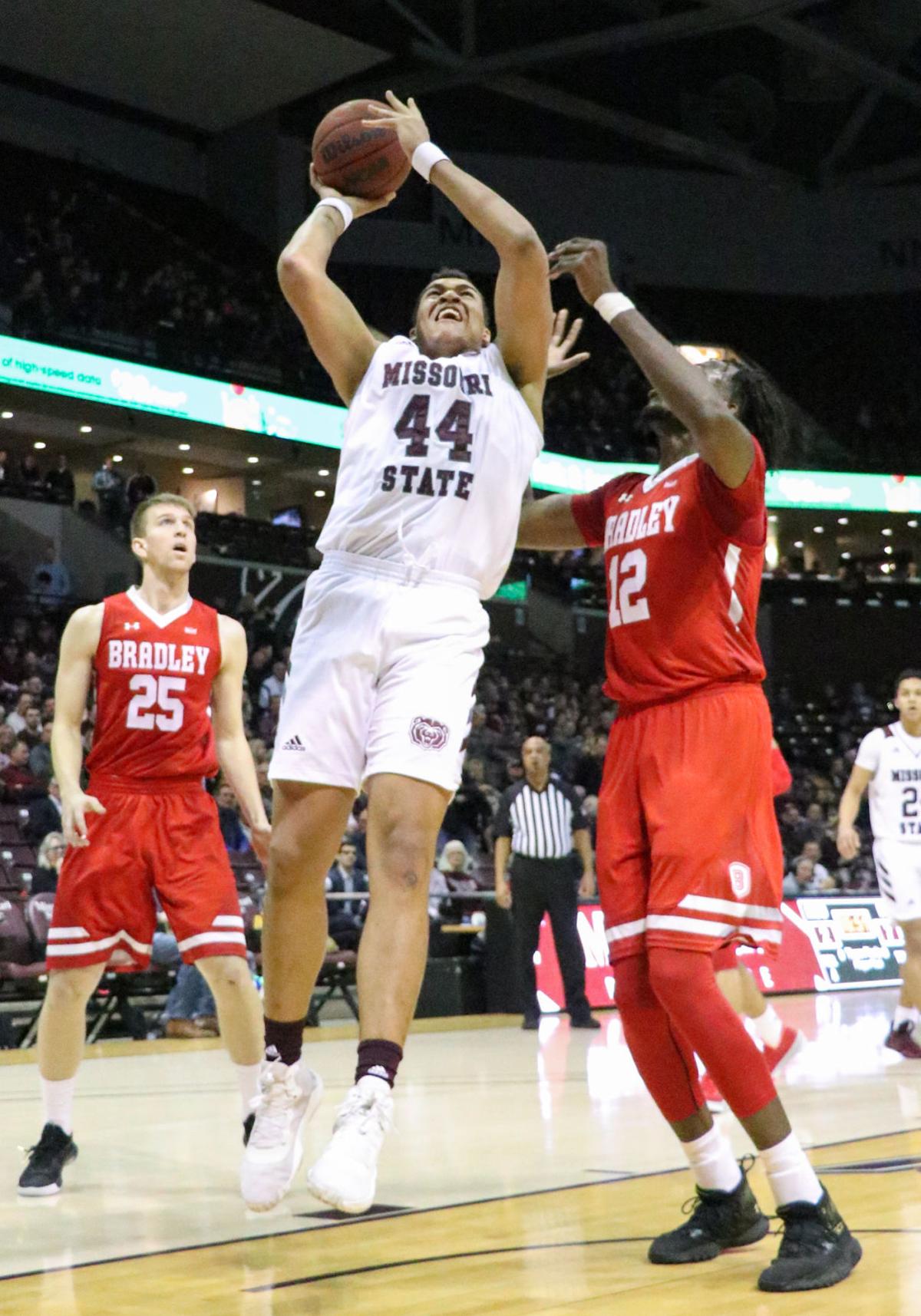 Gaige Prim goes up for a shot. 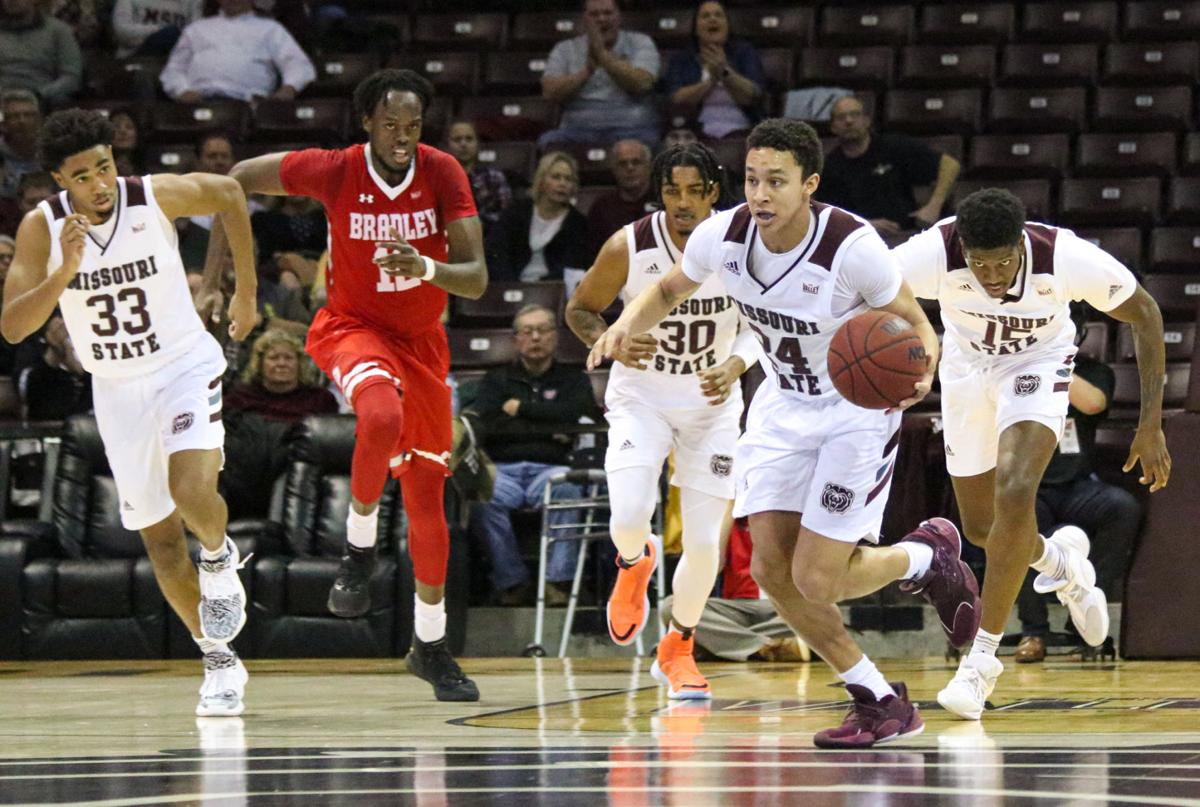 Ford Cooper Jr. takes the ball up the court.

Freshman Isiaih Mosley holds the ball away from his Bradley opponents during the men’s game Wednesday evening at JQH Arena. The Bears lost to the Braves 91-78.

Gaige Prim goes up for a shot.

Ford Cooper Jr. takes the ball up the court.

Despite a call for change, the Missouri State men’s basketball team ended with a familiar result. The Bears lost to Bradley 91-78 for their second straight Missouri Valley Conference loss at JQH Arena.

Head coach Dana Ford said on Tuesday he had to make changes to his team. He said some were made tonight but not enough for the desired result.

Ford’s first notable change was the starting lineup. Redshirt junior Tyrik Dixon along with seniors Keandre Cook, Lamont West and Tulio Da Silva were all out of the lineup. Dixon is out with a shoulder injury for “quite some time,” according to Ford. He was on the bench in street clothes and no sling or visible brace.

Freshman Isiaih Mosley was the only recent starter to get into the first five. He’s now started in the last five games.

For the Bradley matchup, he was joined by fellow freshmen Ja’Monta Black and Ford Cooper Jr. Seniors Gaige Prim and Kabir Mohammed also joined the starting lineup. Ford said the change came because the original group allowed a 20-point lead by UNI on Saturday.

Bradley pulled ahead early and led for the entire second half. The Bears only tied the score once at two apiece in the first half.

Bradley, who led by as many as 16 in the first, took a 10-point lead into the break. Senior Nate Kennell had 19 of the Braves’ 51 points after shooting 6-for-8 from the field. He missed just one of his six 3-point attempts. Junior Danya Kingsby and Bears senior Keandre Cook had 12.

The Bears offense surged at the end of the first half and beginning of the second half. They went on a 22-3 run before Bradley started to claw its way back into the game.

Bradley’s Ville Tahvanainen hit clutch 3s as the second half closed out, and Bradley earned its fourth Valley win of the season.

The Bears will hit the road to play Evansville at 1 p.m. on Saturday, Jan. 18. The Bears defeated the Purple Aces on New Year’s Eve 65-52.