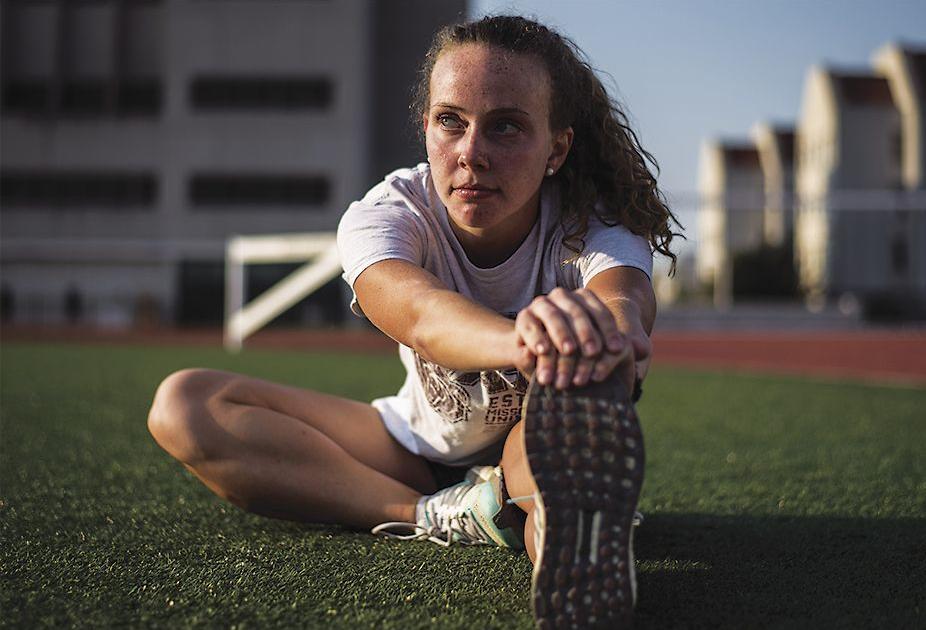 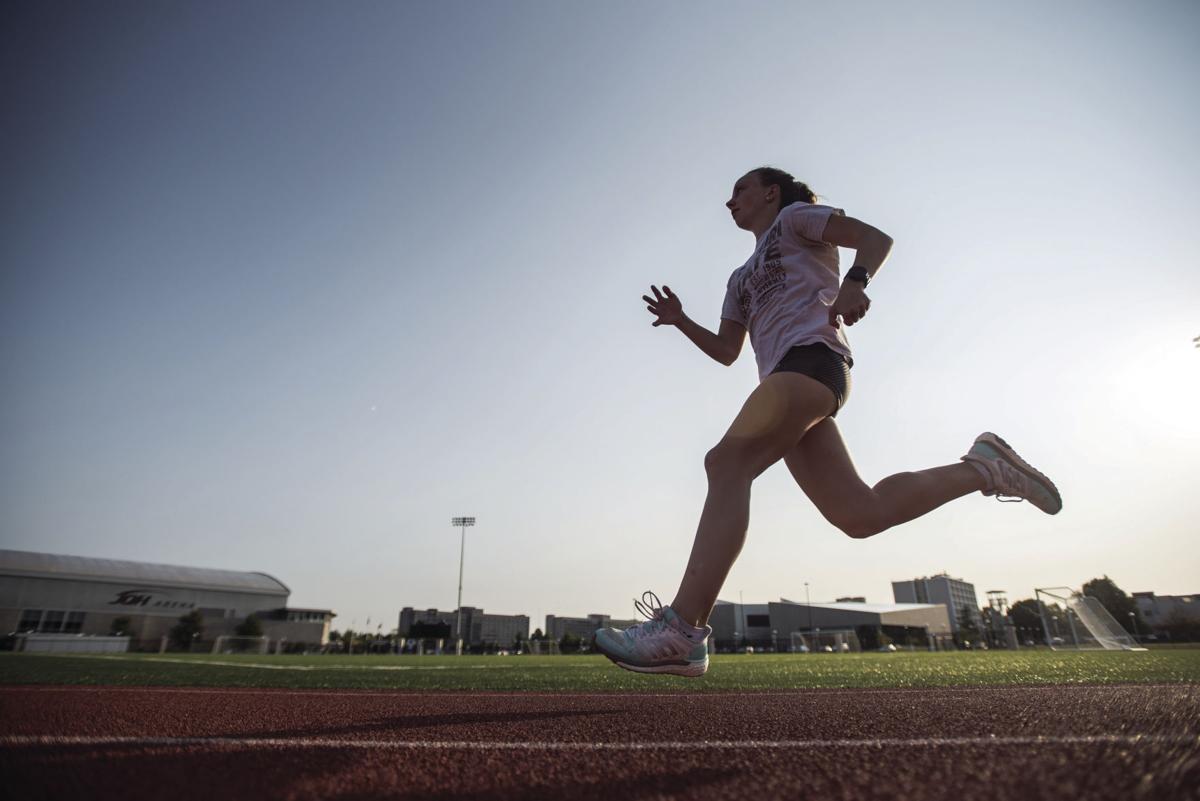 “I want to run a marathon, and I have a goal to qualify for the Olympic trials. It’s still hard, but that would keep me motivated to keep training.” -Jessi Allen in a previous interview published by The Standard on Sept. 12, 2017.

Fast forward to 2020. Allen is within reach of her dreams by showcasing her talents on the world’s grandest stage: the 2020 Olympic trials.

Allen began her running career in middle school. She was never the fastest girl on the team, actually not even close. Starting out on the B-team, Allen said she never dreamed of reaching the Olympic trials.

Allen’s journey continued at Kearney High School, a small school in northwest Missouri. While at Kearney, Allen was a part of a three-time district and two-time state champion track team. From there Allen was looking for somewhere to continue her career at the collegiate level. She initially looked at Division II or Division III schools, until she found Missouri State. MSU was one of few schools offering Allen a scholarship to attend, and that was enough to become a Bear.

“It’s honestly one of the best things to happen to me in my life,” Allen said about committing to Missouri State. “It just ended up working out perfectly.”

Allen was a dominant force in MSU’s squad from the 2014-15 season through her senior year in 2017-18. She even claimed the Missouri Valley Conference Elite 17 award as a senior, an honor presented to the student-athlete with the highest cumulative grade point average competing at the finals of each of the MVC’s 17 team championships.

Throughout her college career, Allen participated in various races. Whether it was a 5-kilometer race or 10K, Allen said she strived to go farther.

“Even in college I didn’t really think there was a race long enough to reach my full potential,” Allen said. “I’ve always wanted to run a marathon. I felt my strength is in the longer distances.”

Fife said he recognized Allen’s hunger for more throughout her tenure at MSU.

“Jessica is so determined and so driven that there were certain days that maybe hit an extreme in practice. Whether it was academics or athletics, she strived to be the best,” Fife said. “That was just her focus, drive and how much dedication she had to all aspects of what she did — whether it was in the classroom, being a teammate, or actually performing on the track.”

Allen graduated from Missouri State in 2018 with her bachelor’s degree in biology, but that isn’t the end of her running career.

Allen is in her second year of medical school at the University of Kansas and will start her clinicals in July, where she will be in a hospital seeing patients. Allen is striving to go into internal medicine once she graduates in May of 2022.

Allen wakes up in the morning around 6 or 7 a.m. to get her run finished before her 9 a.m. lecture. After that she spends most of the afternoon reading lecture material, and then utilizes the other part of the afternoon for lifting. After her second workout of the day, she goes home and eats dinner, then studies some more.

“It took a lot of adjustment getting used to the new workload; I thought I was going to be able to run as much as I did or have as much fun as I used to. You definitely learn to prioritize your time,” Allen said.

Like Allen dreamed of in 2017, she will be running the marathon at the trials on Feb 29. While Allen claims that medical school is “like drinking water out of a fire hose,” she understands she must keep that same drive for her athletic goals as well.

“I think I just have this internal drive to always keep pushing and see how far I can go with things, and running is just a way I know how to do that. It’s pushing my boundaries and getting out of my comfort zone,” Allen said. “With med school I am constantly pushing myself, and with running it’s almost like a little break from that pressure.”

Allen now runs independently for the Kansas City Track Club, which is led by coach Brett Guemmer who has worked with Allen since fall 2018.

“I’m extremely proud of Jessi. The way she has handled life, school and training has been amazing the last couple of years,” Guemmer said. “She continues to amaze me with her ability to handle everything she does.”

Guemmer also recognizes that no matter the result, the work Allen has done to get to Olympic qualifying is certainly worth noting.

“I’ll be extremely proud and pleased with her efforts no matter the outcome,” Guemmer said. “She has done so much for me, this running community and others around here.”

To make sure she is in the best shape possible come trial time, Allen runs 70 miles a week. With that much time being spent running, Allen utilizes her ears to keep her occupied.

“I’ll usually listen to Kendrick Lamar — that’s my favorite pump up,” Allen said. “Sometimes I'll listen to podcasts about what I'm learning at school, a cardiac physiology podcast or something like that.”

“I made the mistake of trying to keep running for a while because I thought it was just tendinitis,” Allen said. “That delayed my healing for a bit.My doctor is pretty hesitant about running — I probably won’t be able to run until around the 20th, but I obviously still plan on competing.”

To get back to full strength, Allen has been working with a physical therapist. She’s been biking and aqua jogging (running underwater) between  90 minutes and two hours a day.

With the trials around the corner, Allen will continue to rehab and prepare. While the injury certainly doesn’t help, it will not be the end.

“Obviously my career is the priority, but I am definitely not done with running,” Allen said.

While Allen’s trials may be the last chance for the upcoming contest, it might not be the last time she crosses an Olympic finish line. Allen said she wants to keep pushing and try qualifying for the 2024 Olympics as well.

Until then, her focus will be with her patients.

“I might take a little bit of a break for the next year or so while I finish medical school, then I’d like to keep qualifying and see how well I can do at other championship events,” she said.

From the B-team to the Olympics, Jessi Allen isn’t giving up on her dreams.

Fomer Bear reacts to COVID-19 spread, its effect on sports

This past February a former Missouri State Bear was doing something many will never do in their life, attempting to qualify for the Olympics. …

If a president cannot sympathize, then the president is going to have to work hard for their… Read more

Many MSU classes are making the transition to online for the fall 2020 semester, but in-stat… Read more