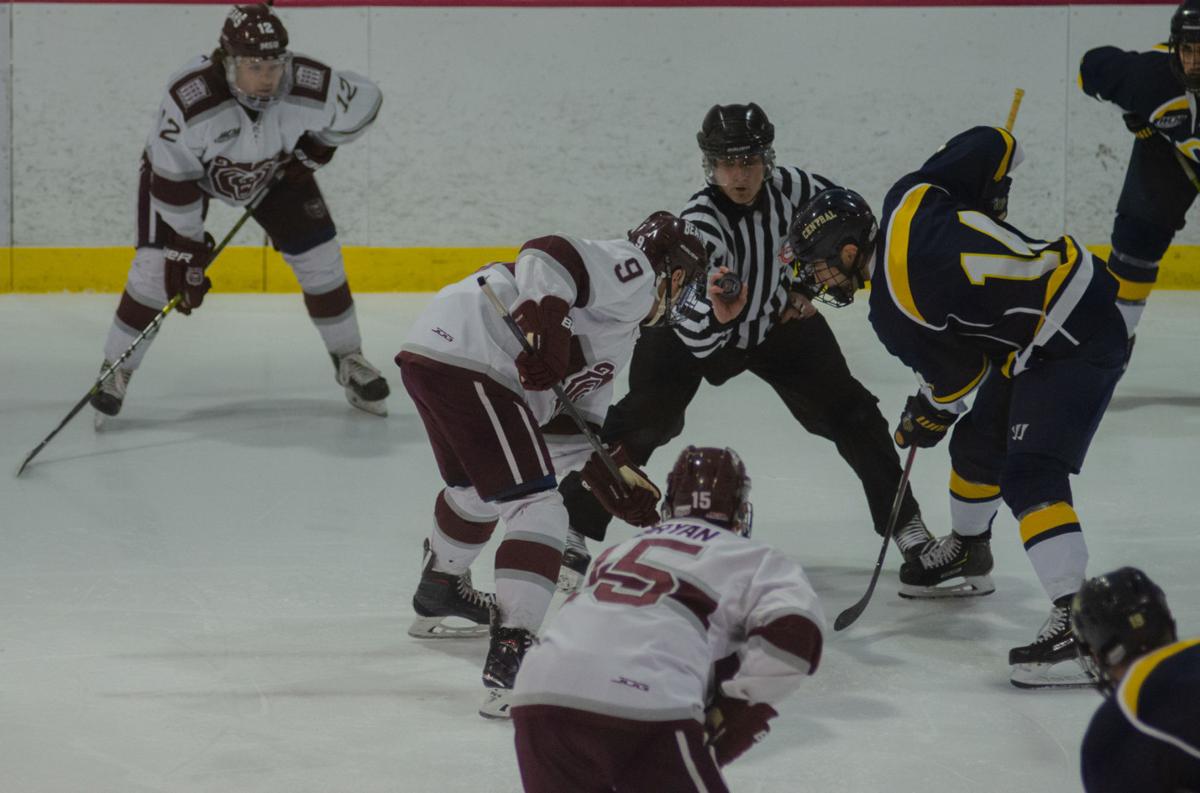 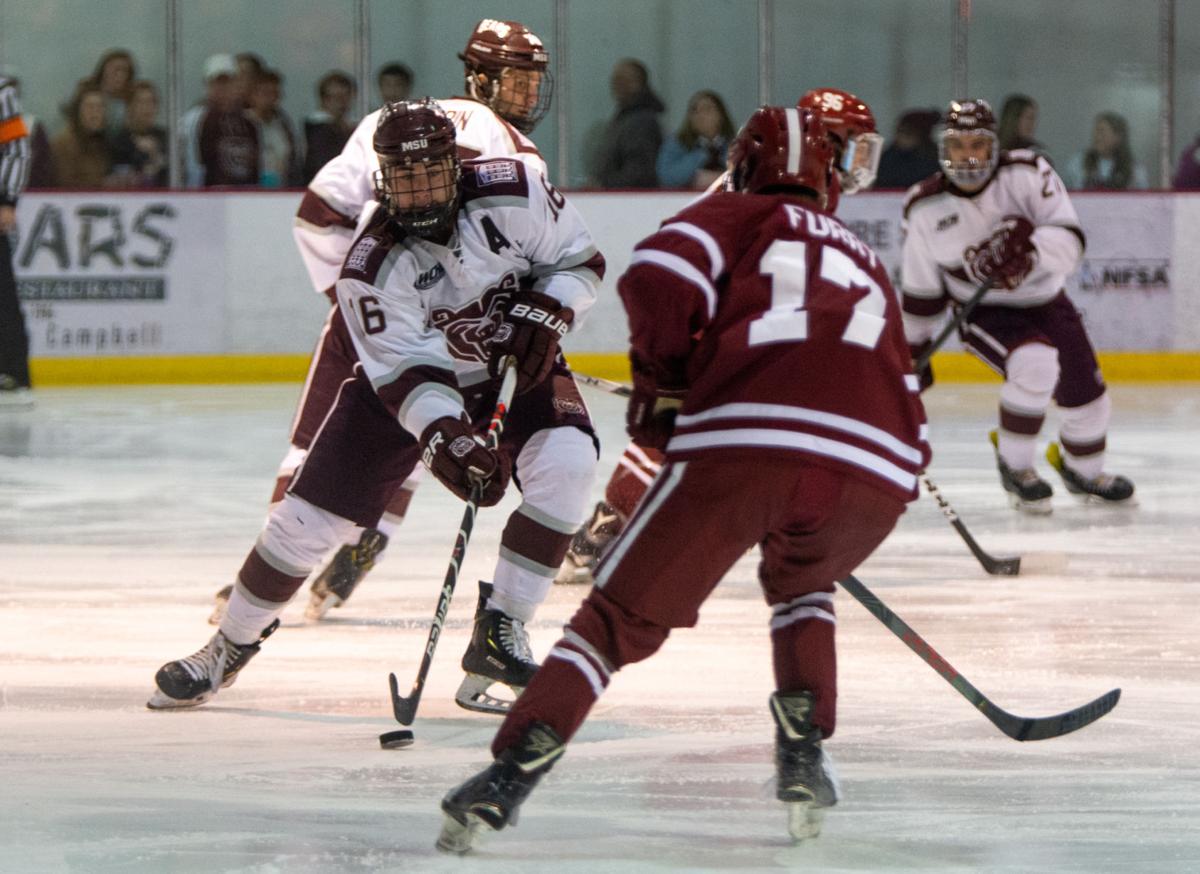 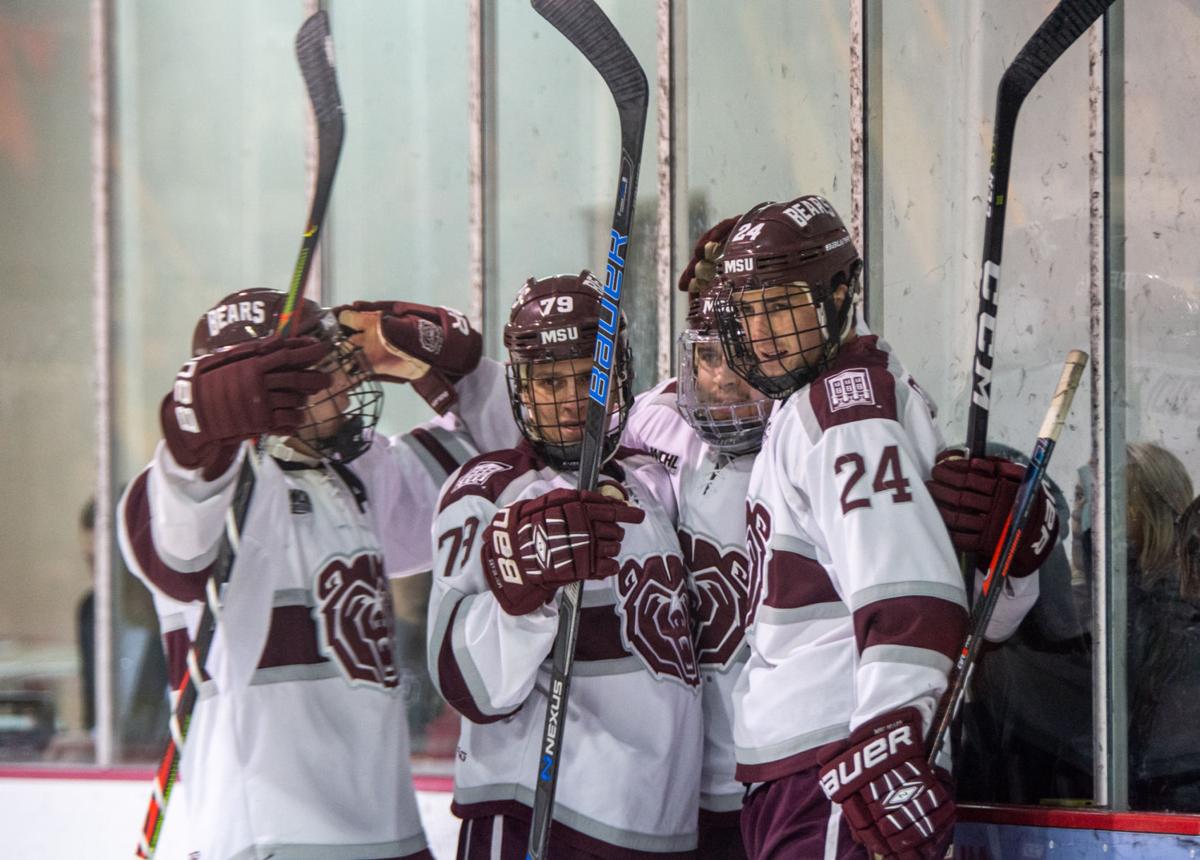 The No. 31 Ice Bears swept a two-game series against the No. 12 Oklahoma Sooners at home this weekend.

The first game on Friday night was a slow, tight-checking affair the Ice Bears won 3-2.

OU would score another goal five minutes left, but the Ice Bears hung on for the win.

Ice Bears head coach Jeremy Law said he liked the way his team played defensively but wanted them to score more goals,especially with the level of experience Oklahoma had at goalie. In net for Oklahoma was Richard Albrecht, who played last season with the Ice Bears’ Division III team. It was the first time he had played all season.

“One thing we did well is limiting them to two goals,” Law said. “They’re ranked 12th for a reason.”

The Ice Bears came out Saturday night and had what Law said was their best period of the year in the first en route to a 5-4 win. The Ice Bears scored four goals in the first period, including one by freshman forward Garrett Wojcicki, his first as an Ice Bear.

Hunter Cooley scored another two minutes into the second period.

Then momentum shifted to the Sooners.

After only getting nine shots on goal in the first period, Oklahoma put 38 shots on senior goalie Brady Griffin and scored four goals in the second and third periods.

The Ice Bears kept the puck away from the Sooners after their goalie had been pulled to win the game 5-4.

“The first period was so good,” Law said. “Our breakout passes were sharp — our systems were sharp — the guys were nailing it to a T.”

Law said he thinks part of the Sooners’ four straight goals was a self-inflicted wound by the Ice Bears.

“I think it’s a mental thing — we do not play well with the lead,” Law said. “And that’s dangerous in hockey.”

Part of the Sooners’ comeback attempt was driven by officiating; the refs handed out 76 penalty minutes in the game. There was a lot of time spent with one of the teams on a powerplay.

“They were calling everything,” Law said. “It was being called both ways, which is okay I guess. I’m old school — I prefer to let them play.”

The Ice Bears have now won four straight games, all of them against top-25 opponents. They will travel to St. Louis to play No. 45 Maryville twice next weekend.