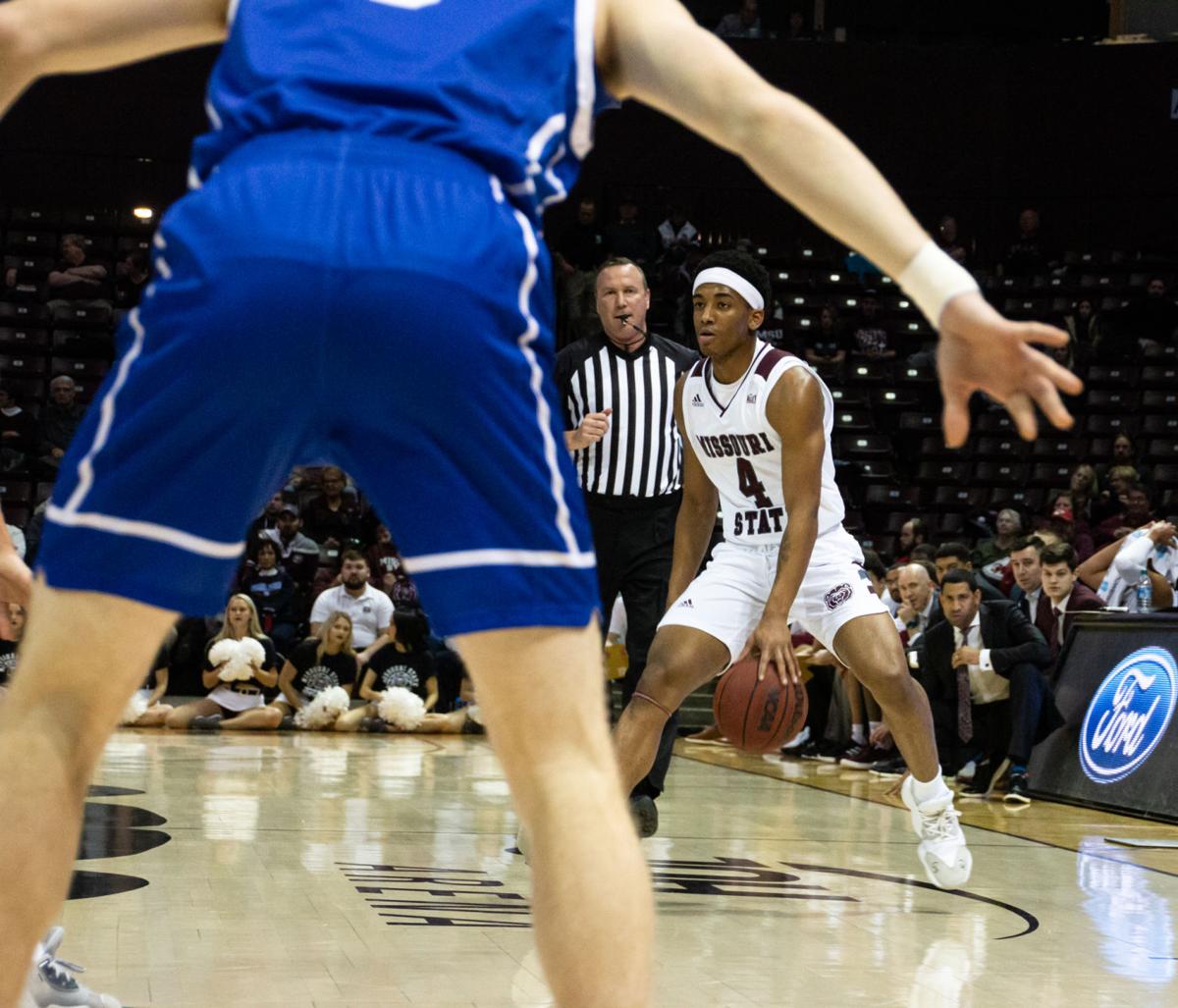 Freshman guard Ja'Monta Black looks for a play as he enters Drake's defending end. Black finished the game with 8 of the 97 points scored by the Bears. 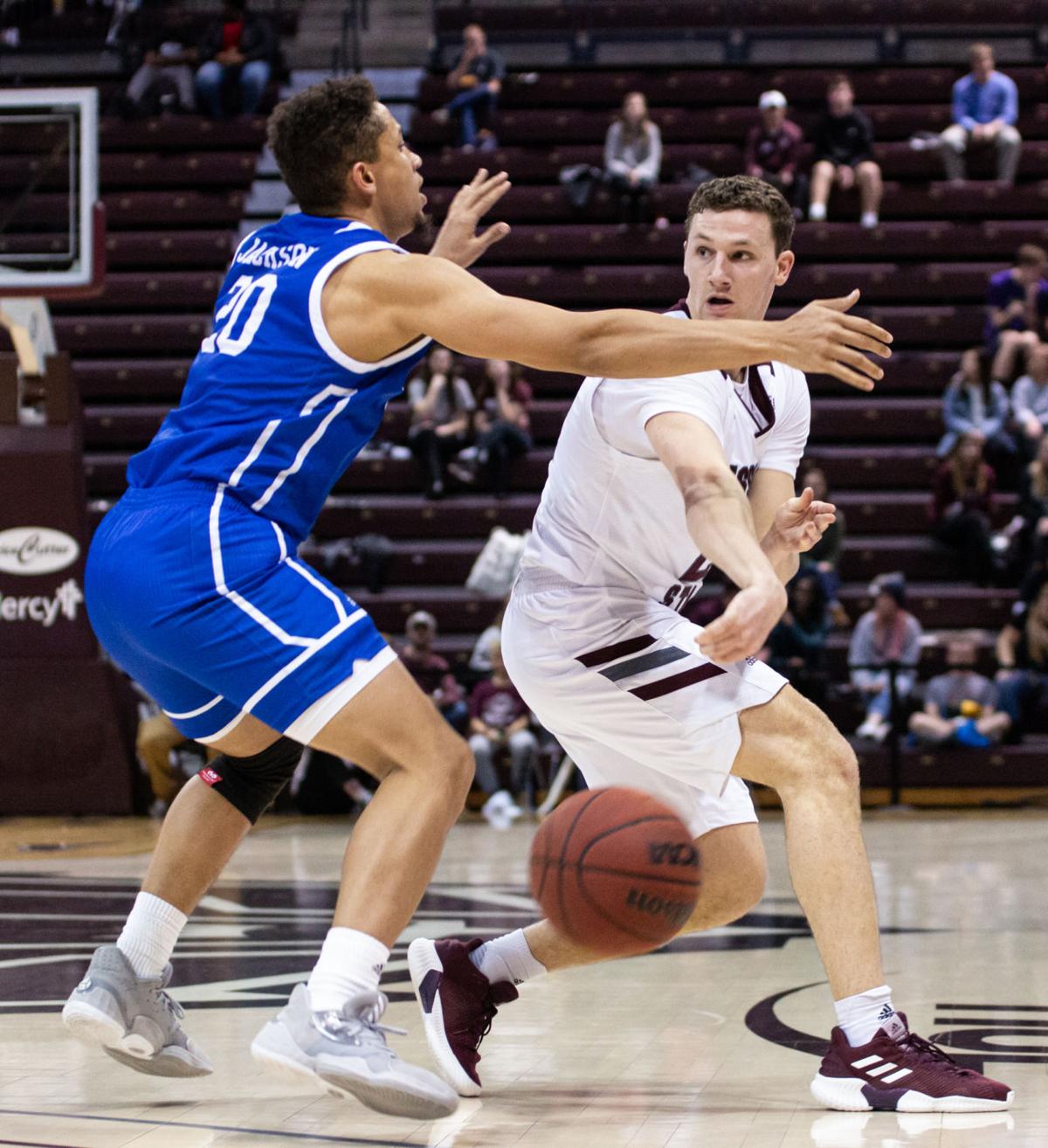 Senior guard Ross Owens bounces the ball to another Bear. Missouri State defeats Drake by a score of 97-62 on Wednesday night. 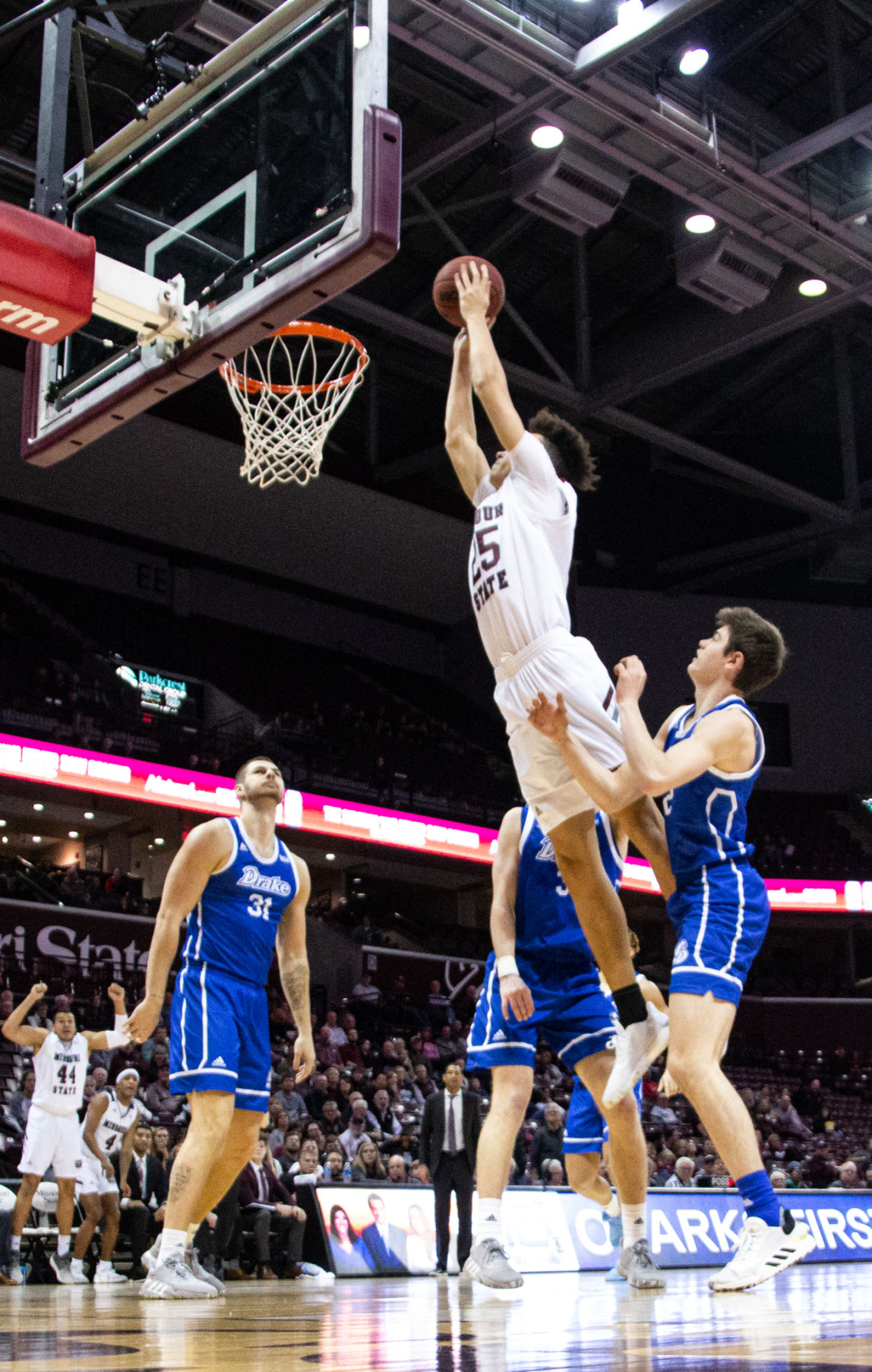 Freshman guard Ja'Monta Black looks for a play as he enters Drake's defending end. Black finished the game with 8 of the 97 points scored by the Bears.

Senior guard Ross Owens bounces the ball to another Bear. Missouri State defeats Drake by a score of 97-62 on Wednesday night.

A historic night for Missouri State’s men’s basketball team ended with a win over the Drake Bulldogs, who have a 16-10 record with nine losses away from home.

The Bears defeated Drake 97-35 to secure the program’s 700th win as a Division I entity.

“That is a great honor,” head coach Dana Ford said. “I’m just happy that we can give the effort that we should when we wear that jersey, and I thought that our effort was really good tonight.”

Senior Keandre Cook, who averaged 23 minutes in the previous three games, scored 19 points against the Bulldogs. Ford has said throughout the season Cook is one of the best contested 3-point shooters in the Missouri Valley Conference, and it showed against Drake. Cook was 5-for-6 from behind the arc in his 29 minutes.

Cook’s five triples led the team to its season-best 14 made 3s in a single game. The Bears previously scored 11 in their loss to Bradley on Jan. 15.

Cook wasn’t the only Bear to hit a milestone at JQH Arena. Freshman Isiaih Mosley eclipsed 200 points in his first year, making him the 18th Bear to do so. Jarred Dixon and Obediah Church were the last ones to join that club back in 2016.

Mosley also saw an uptick in his minutes, playing 26 when he averaged 16 in the previous three games.

“He’s a good player — I just want Isiaih playing as hard as he can all the time because he’s such a good player,” Ford said. “That’s somebody that we like to build around. Our best player’s got to be our hardest worker if we want to get this to where it needs to be going. When he plays hard, he’s going to play.”

The Bulldogs had an all-around better second half, but the Bears created enough separation in the first to hold on to the win. Ford said the Valley isn’t a “turnover league,” but the Bears forced Drake into 18 turnovers, 13 of which were in the first half. Coming into the game, Drake had eight or fewer turnovers in five of its last eight games.

Almost a month later, the No. 17 Missouri State Lady Bears redeemed themselves from their sole Missouri Valley Conference loss so far by defea…