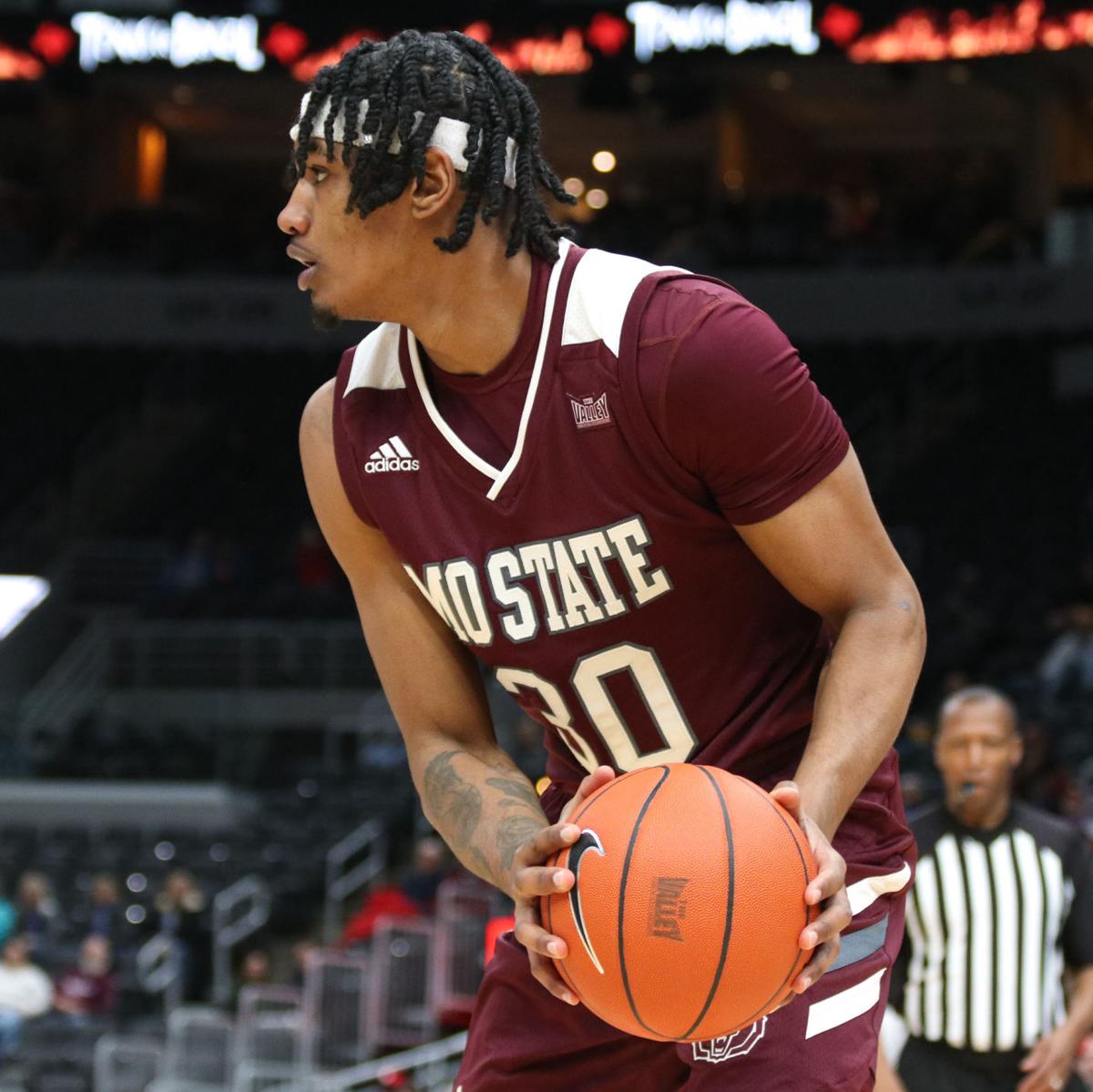 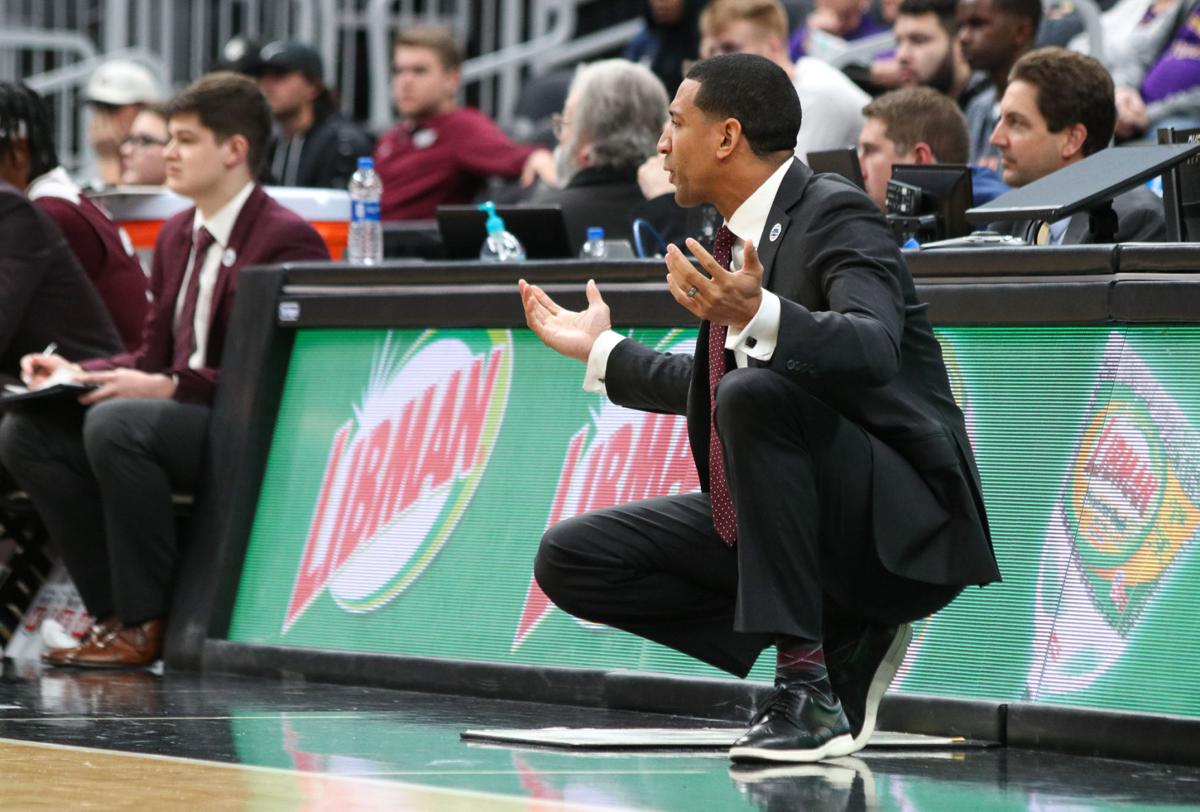 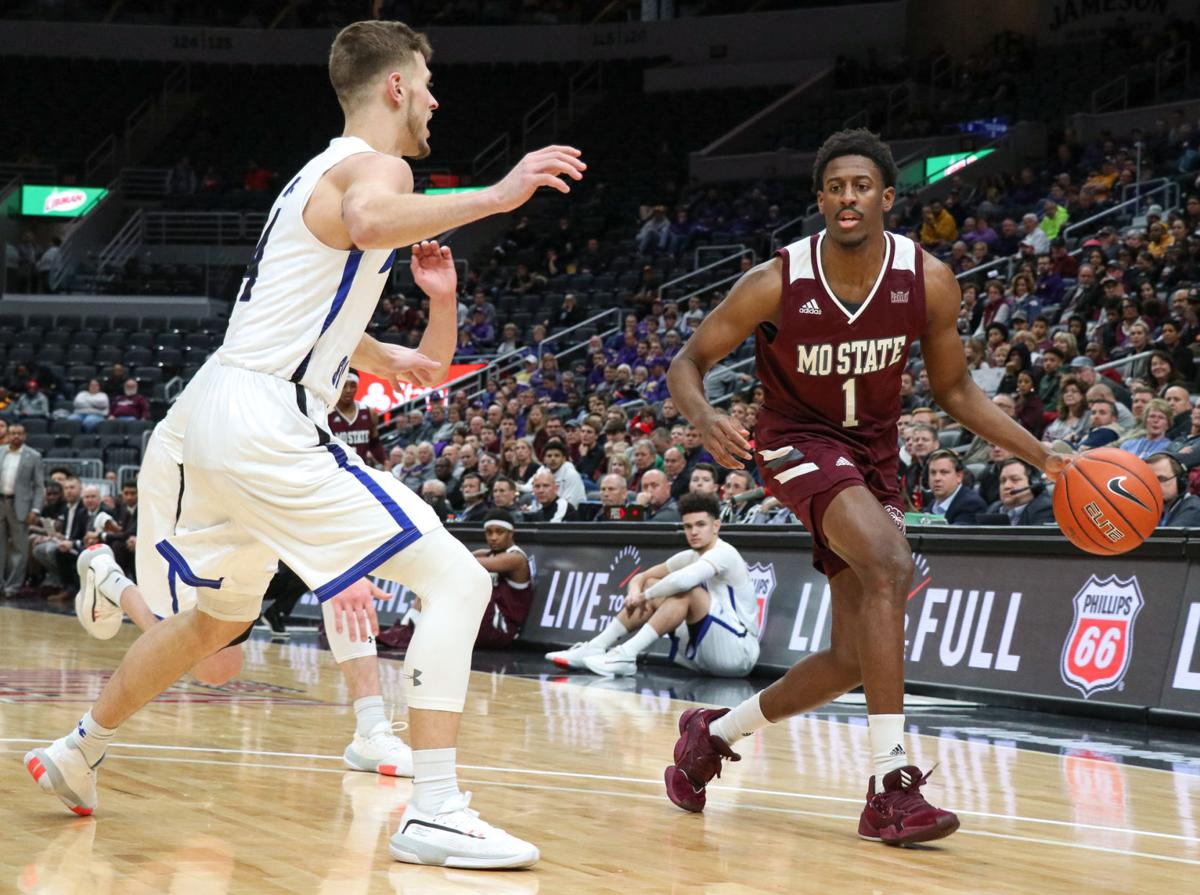 Keandre Cook looks to the lane. 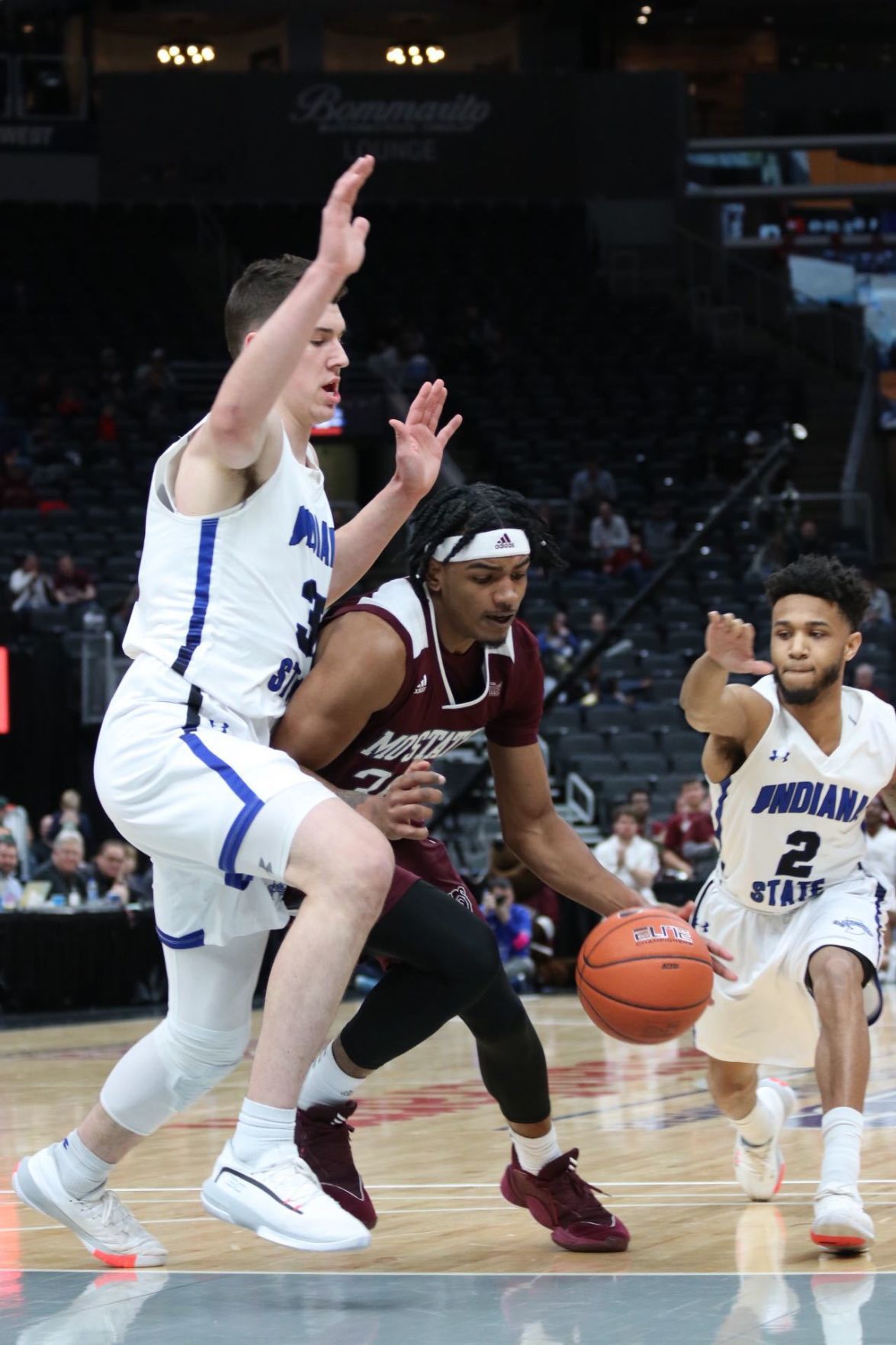 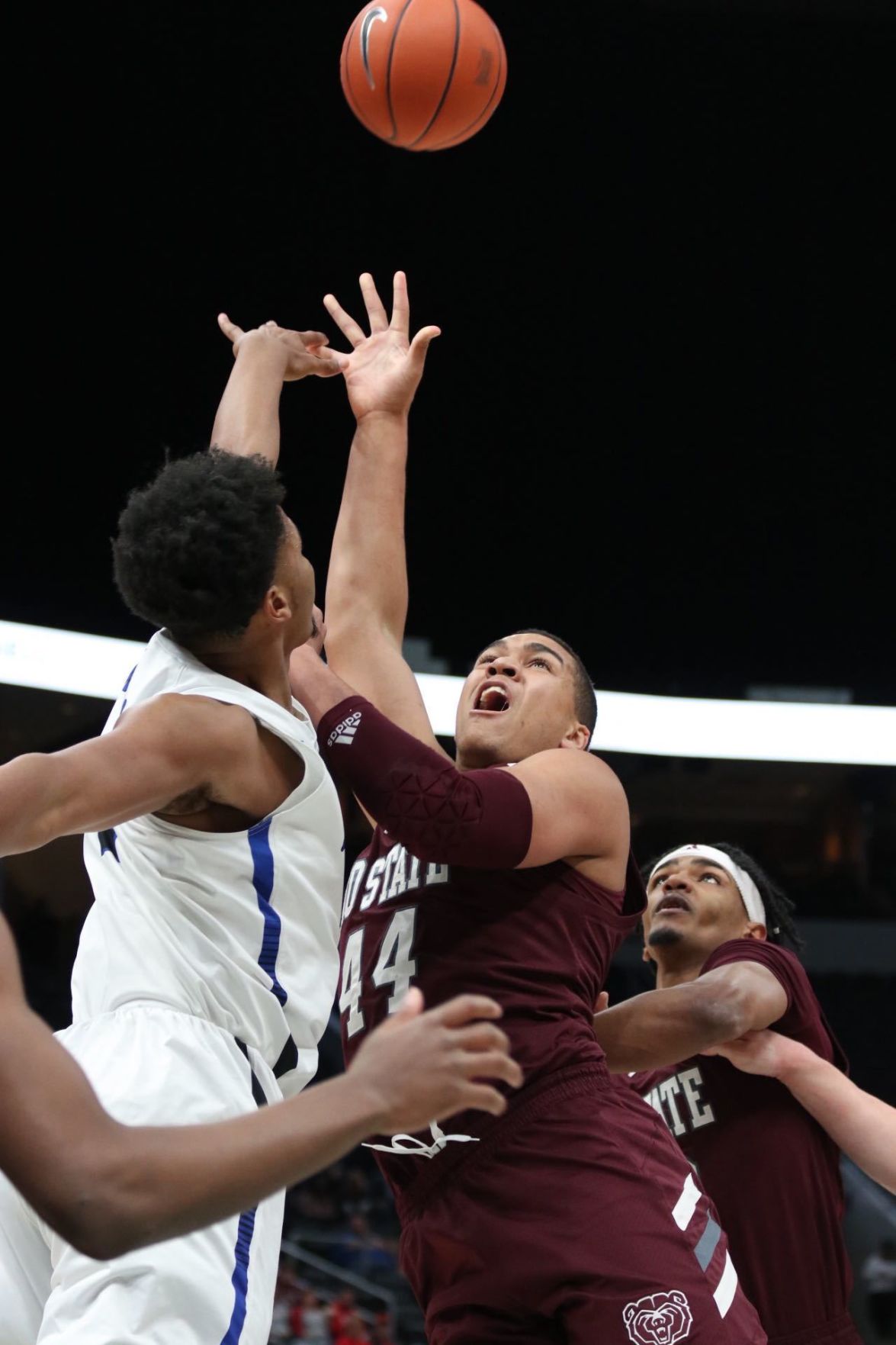 Keandre Cook looks to the lane.

The Bears’ start-of-the-second-half performance has foreshadowed outcomes throughout the season. Bears head coach Dana Ford said the team honed in on that this week.

“We made a concentrated effort to get their attention of how we start the second half,” Ford said after the game. “We just hadn't been coming out of halftime very well down the stretch, but you have to give these guys credit today. They did a good job moving the basketball, trying to keep the defensive intensity up and make things difficult for Indiana State.”

And it worked for the Bears. In the first two minutes of the second half, the Bears outscored Indiana State 7-2. Their energy was high, and senior Ross Owens was able to snag his second steal of the night.

The Bears took an 18-point lead with 15 minutes left in the second half. Senior Lamont West was hitting his stride, scoring a jump shot in the paint. Senior Keandre Cook, who struggled through most of the game, made his first shot of the night on a flailing 3-point attempt.

Indiana State started to cut into Missouri State’s lead but a media timeout at the 10:53 mark stopped the run.

“I'm really proud of how hard our guys played,” Ford said. “I thought we came out in both halves and took it one possession at a time and tried to play together as much as we can on both ends, and I'm just really, really proud of their effort.”

The Sycamores’ struggles reached back into the first half. After ISU freshman Jake LaRavia made a layup to start the game, neither team scored until Bears junior Gaige Prim was fouled and made two at the line.

At the half, the Sycamores were shooting 31% from the field compared to Missouri State’s 50%. During the postgame press conference, ISU head coach passed senior Jordan Barnes the stat sheet and mumbled “six-for-25” under his breath, referring to Indiana State’s 3-point shooting.

“Our shots just weren't falling — credit to them — they played pretty good defense,” Indiana State senior Christian Williams said after the game. “They're pretty long, so they contested a couple shots, and it kind of threw us off a little bit. We just weren't making shots, and I felt like a couple of shots were a little rushed by us.”

On Saturday, No. 8 Drake will play No. 4 Bradley at 2:30 p.m. No. 7 Valparaiso and No. 6 Missouri State will follow at 5 p.m. Both games will be broadcasted on CBS Sports Network.

ST. LOUIS — The Missouri State men’s basketball team defeated Indiana State by 27 points on Friday evening in the quarterfinals of the Missour…