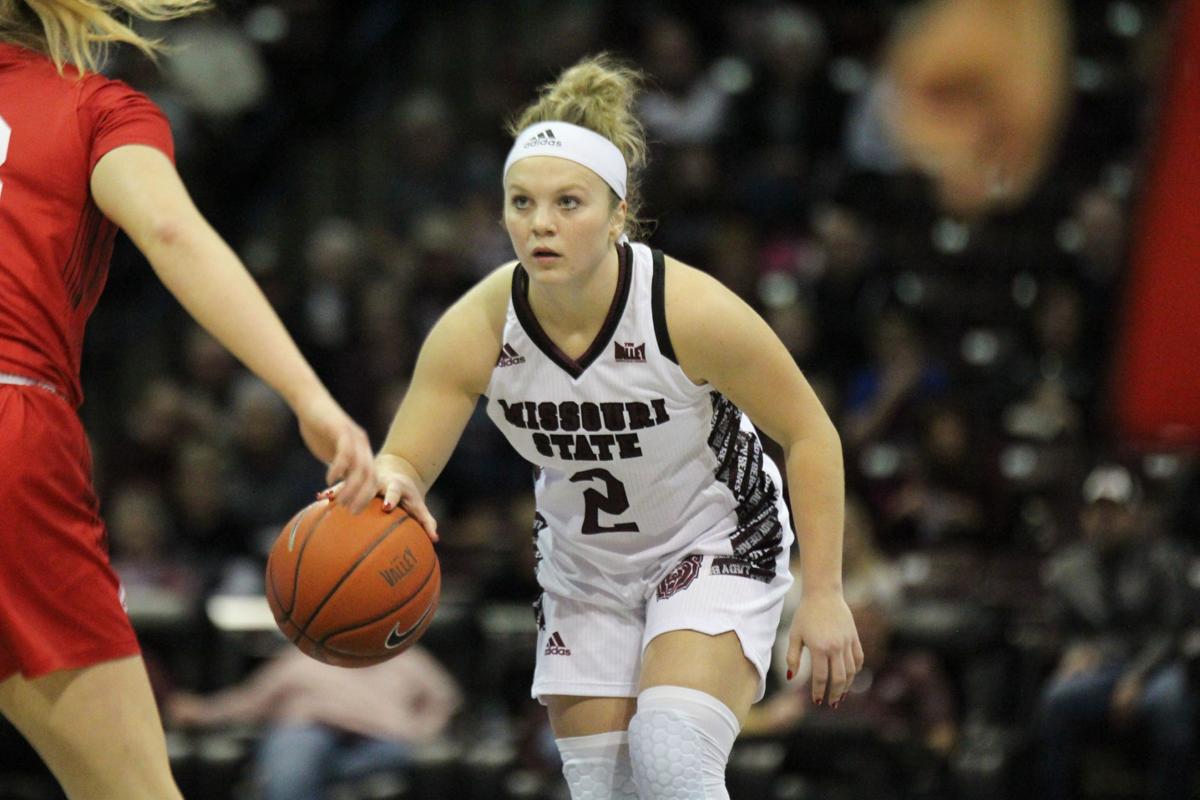 Junior Elle Ruffridge dribbles past a defender. The Lady Bears secured a win against Bradley 90-56. 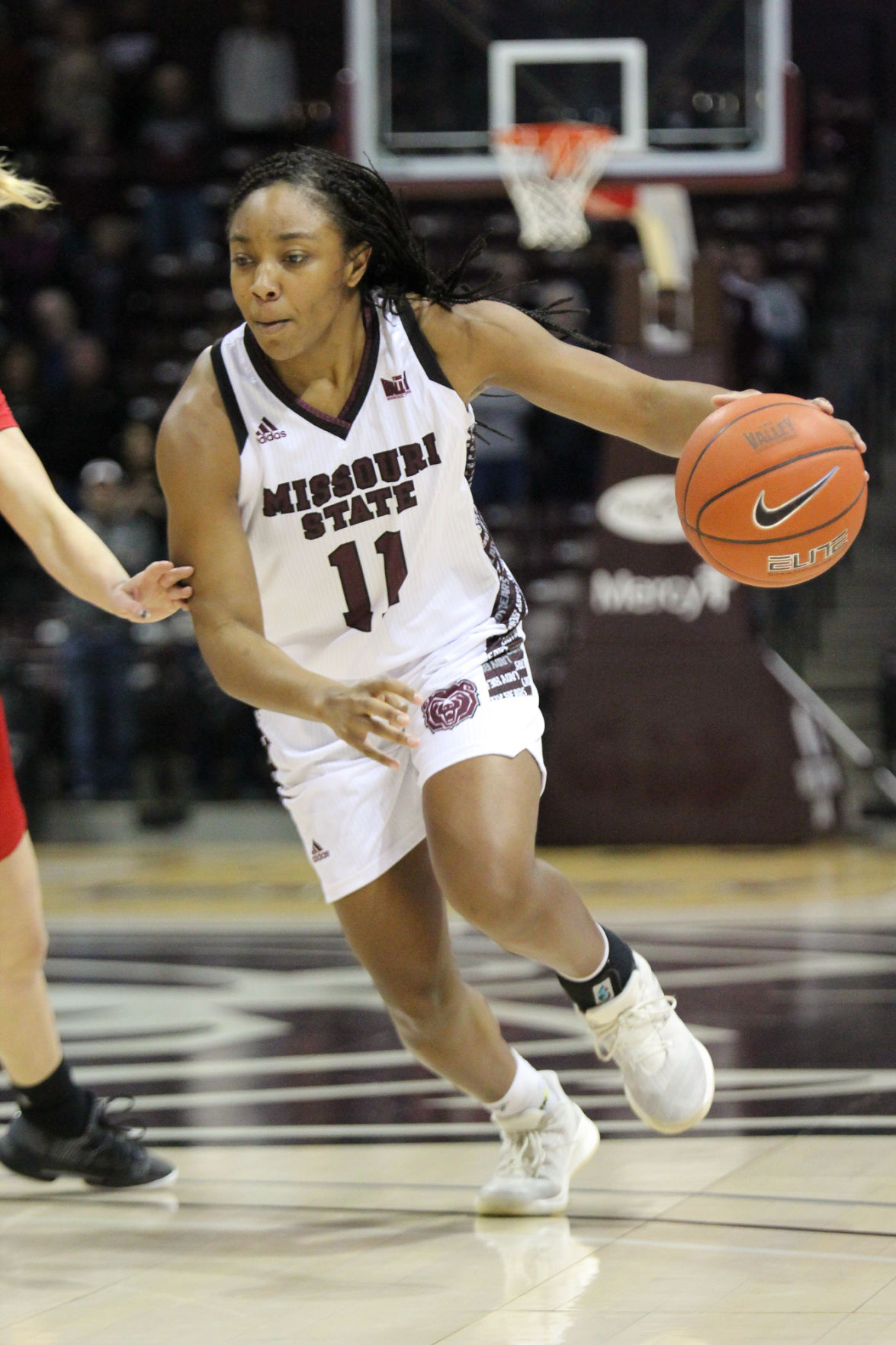 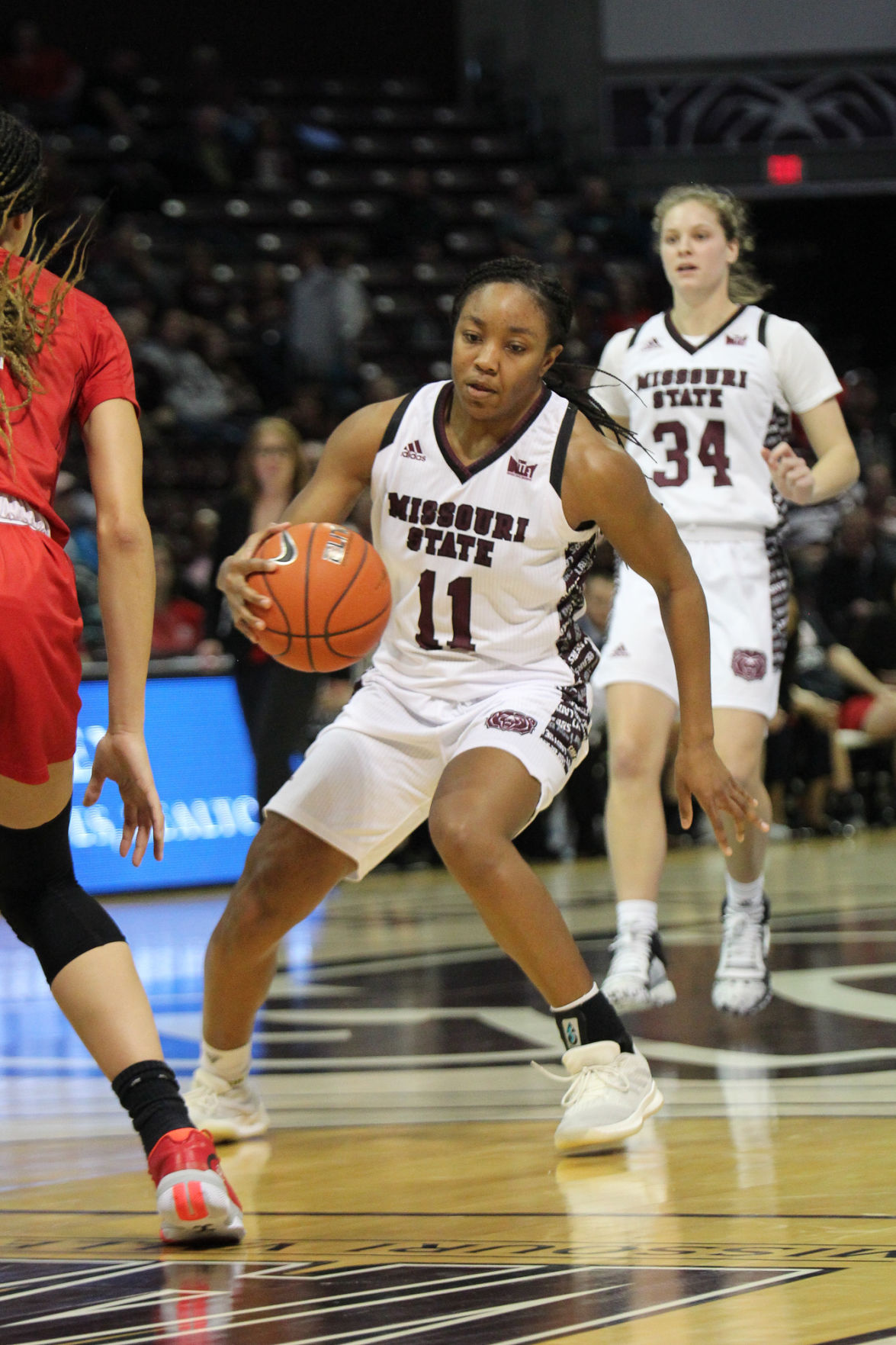 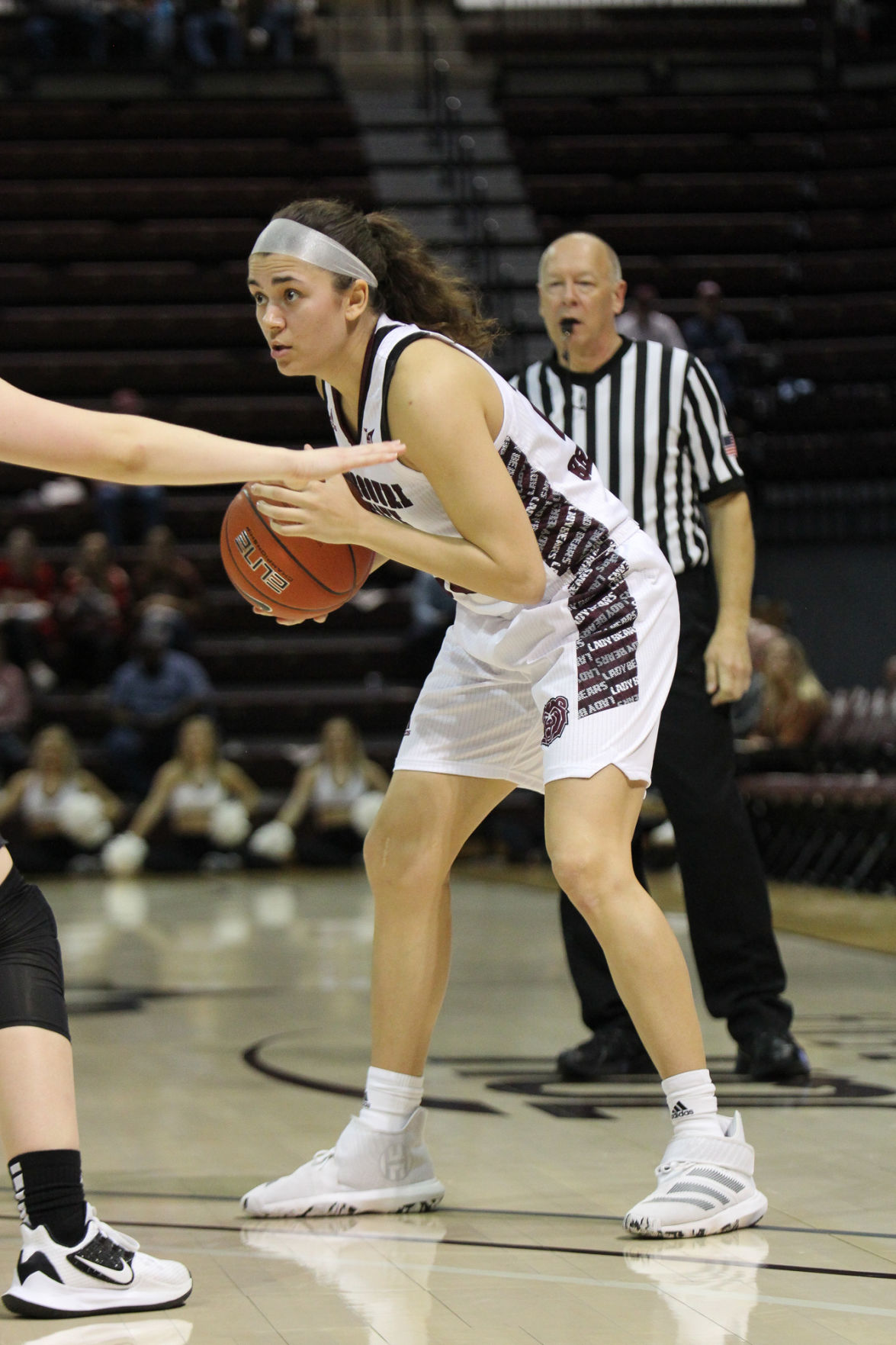 Mya Bhinhar protects the ball and looks for an open pass.

Junior Elle Ruffridge dribbles past a defender. The Lady Bears secured a win against Bradley 90-56.

Mya Bhinhar protects the ball and looks for an open pass.

The last time these two teams tangled the No. 19 nationally-ranked Lady Bears walked away with a 69-67 win over Drake on Jan. 10 after sophomore Sydney Manning hit a buzzer-beating shot to win in dramatic fashion.

Sunday’s encore at Drake was another classic.

In a game that was a battle of runs, Missouri State held on for a 89-83 victory over the Bulldogs. The Lady Bears swept the Iowa road trip and now remain atop the MVC standings.

“That was a fun, fun game,” head coach Amaka ‘Mox’ Agugua-Hamilton said in her postgame radio interview. “There were a lot of intense moments. There was a lot of adversity. I’m so proud of our players. We had three players foul out and some players that couldn’t get in rhythm, but we kept weathering the storm.

“Drake is a great team. It felt like the arena was sold out. I’m so happy we got a win in this environment.”

It was an up-tempo start to the game in favor of the Lady Bears. Missouri State opened with a 15-5 lead after an 11-0 run forced Drake to call a timeout with 4:25 left in the opening quarter.

The Lady Bears’ early run quickly evaporated, though. The Bulldogs responded with a 9-0 run to make it a 15-14 game with two minutes left in the first quarter.

Missouri State finished the opening frame with a 19-16 advantage after junior Abby Hipp knocked down an inside jumper.

And the Lady Bears carried over that momentum into the second quarter, going on a 19-3 run since Hipp scored to end the first quarter.

But Drake’s standout junior Becca Hittner scored five quick points to bring Missouri State’s 17-point lead down to 36-24 with 3:56 left in the first half.

The Lady Bears largest lead was 17 points, but the Bulldogs closed the gap to single digits. Missouri State held a 39-31 lead at the break.

Junior Brice Calip led the way offensively with 11 points for the Lady Bears in the first half.

In the third quarter, there were many calls going against Missouri State, but things started quieting down after a Calip 3-pointer and layup from sophomore Sydney Wilson.

Manning then followed with a 3-pointer from essentially the same spot she beat Drake at the buzzer on Jan. 10. The Lady Bears posted eight of the game’s last 10 points for a 52-39 lead at the 4:05 mark in the third quarter.

Missouri State built its lead to 18 points before the Bulldogs closed the third quarter on an 8-0 run after getting to the foul line 12 times in the period.

With 1:53 remaining, Mox called a timeout after a layup from Drake’s Maddie Monahan to make it a 77-71 game.

Junior Emily Gartner, sophomore Jasmine Franklin and Wilson fouled out of the game and senior Alexa Willard played with four fouls down the stretch. Missouri State was whistled for a season-high 27 fouls.

The Lady Bears were tested late, but they prevailed in the end by winning the free throw game.

Calip finished with a career-high 23 points, shooting 7-of-11 from the field. She has not committed a turnover in three games and has 24 assists since her last turnover on Jan. 31 against Bradley.

“Brice was unreal,” Mox said. “We had a lot of people step up today, but the biggest thing she did was be poised. She stepped into an even bigger leadership role, a vocal leadership role. At the point guard position, she’s starting to have more command over the team.

“Her assists are coming up and she’s finding people, but she also knows when to drive and take over, and shoot open shots. She’s doing a good job.”

Missouri State returns home on Feb. 15 as they look to avenge its lone MVC loss to Southern Illinois. The Lady Bears lost a heartbreaker on Jan. 17 to SIU at the buzzer.

“We have to keep going and keep our eyes on the prize,” Mox said. “We need to be cutting down nets at the end of this. We are starting to play really, really good basketball.”